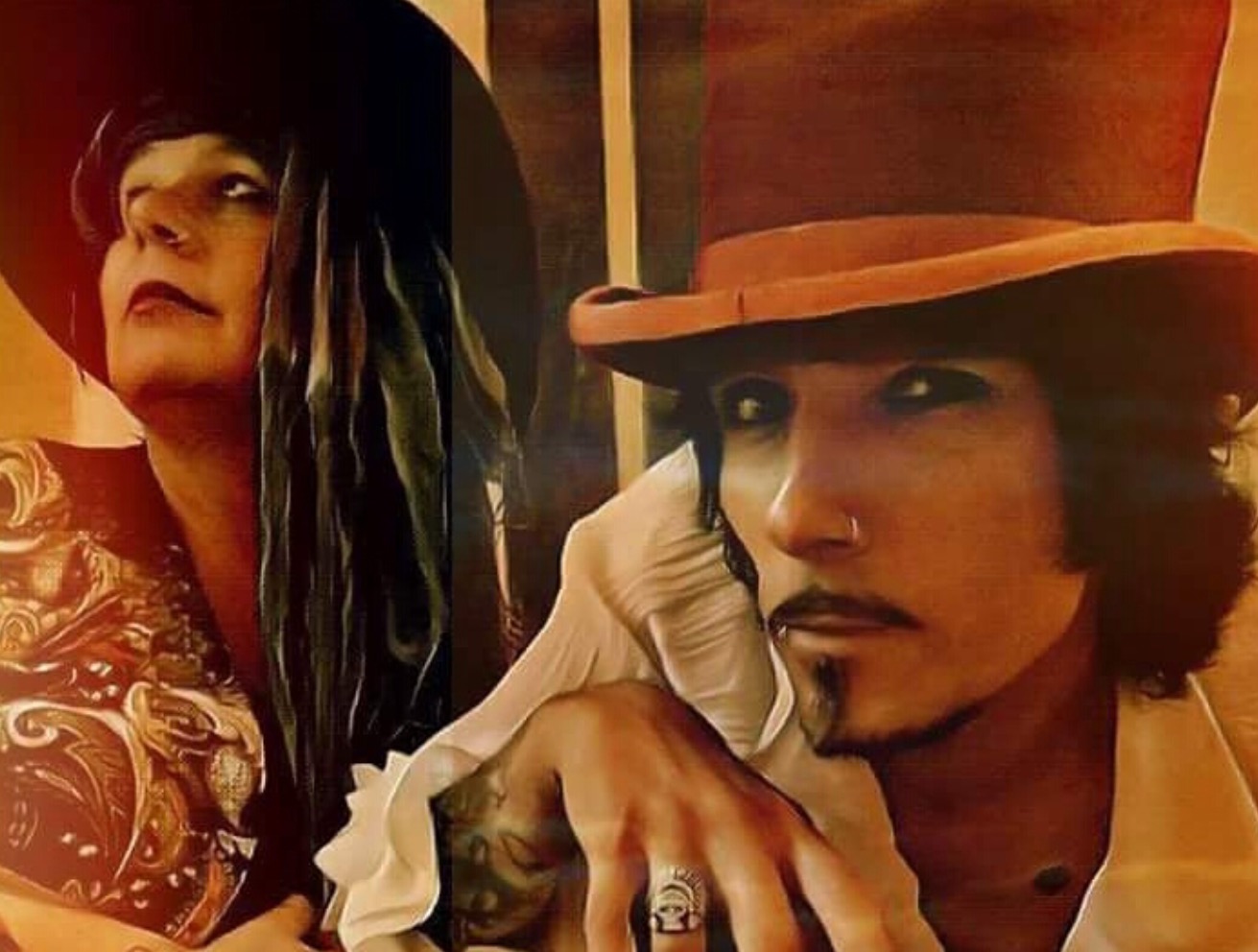 A hauntingly astounding new band has come to my attention. ARMY of MOTHS has risen from nowhere with a fiery, volatile and mesmerizing sound and a compelling attitude that just can’t be ignored. 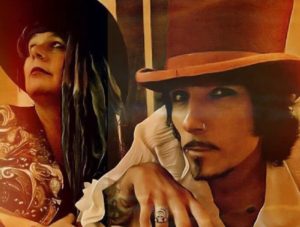 The band consists of David Sheridon, ( originally from the band Subway), Debt Joy and JP, however when asked David the components of the band he answered: “ARMY of MOTHS were formed in January 2028. They consist of a variety of individuals, often fluttering in and out as the mood takes them. ARMY of MOTHS currently record everything at home, partly in homage to their love of punk and it’s DIY attitude…and also because they are broke”….. from Glasgow based artist, David Sheridan.

Probably one of the best kept musical secrets and hidden diamonds, ARMY of MOTHS are continuing to create some of the best sonically fascinating music on the scene today…..
Louder Than War:  What do you believe makes your music so unique and over the top?

David – It’s what we specifically want to hear, whatever it is that we’re expressing in the moment.

It’s about expressing anything that you feel… Love, Anger, Celebration, Frustration, Fantasy etc.

Sometimes I just have the overwhelming need to just write and whatever comes out, comes out.

Debz – It comes from within, a whole bunch of thoughts and feelings that we feel the need to make music about.
What are you influenced by when writing your music?

JP – Our surroundings, things we observe and an over active imagination.

David – For me it’s definitely an instinct to write whatever comes out while I feel it.

None of it is over analysised, it’s all about capturing a mood or emotion, whatever that may be. Albeit some of those ideas can be occasionally a bit unconventional.

Debz – Lyrically I write with a phrase or a word or a piece of music and run with that thought.

It can go anywhere.

Who are your musical influences?

David –  We listen to a lot of music that we adore but it’s not intentional to be influenced by that, it’s more about being inspired by those people.

They inspire us to write, so I guess that’s as near as it gets.
Where can people see, purchase or even hear your music?

JP – Our currently homemade noises are free for anyone to listen to on YouTube.

David – We needed a platform to introduce the beginnings. Our little embryo.

There’s lots of things I really want to do but it needs production and the opportunity to make it as big as I hear the ideas in my head.

I do love the simplicity of anyone being able to make music.

We literally use 3 instruments and no computer, record it in the front room and just put it up online.

However, as the ideas progress, as does the need to make it sound bigger and properly produced.

Do you play live and if so what do you like about playing in front of an audience most?

Debz – Everything is very DIY at the moment, obviously recording wise…but it will be and needs to be done live. It needs a big sound to do it justice.

JP – The response from people when you play live is amazing.

Getting people in that ‘zone’ by making a racket with a guitar.

If you could have your ultimate stage fantasy what would you need to happen?

David – Debz and I had the amazing fortune of getting to play a few songs for Tim Smith (Cardiacs), which was an absolute honour.

As for the band…having the right sound and facilities to achieve the ideas we have. If it’s a fantasy though…I’ll have a string section please.

Debz –  On a personal note, playing a couple of times with Daevid Allen (Gong) was an absolute trip.

With the band, I think just playing to an enthusiastic, packed club is one of the best feelings you can get.

What messages are you hoping to get out there?

David – It’s all about doing whatever the f**k you need and want to do.

Forget about age, trends, popularity… Go and do what makes you happy.

Express yourself in as many ways as possible… And have a great time doing it.

Life’s too short to do anything else.

Your creativity is outstanding, how long have you been making music and what inspired you to do so?

David – We’ve all done things at different stages. I didn’t do anything for years but had to start again as it’s part of who I am. I try to write every day now as I appreciate the times that I was unable to.

Debz – I started singing and writing about 7 years ago. I didn’t previously have the confidence but I have such a passion for it, so I did it.
Where would you like to be in five years?

Debz – Owning some vinyl with our names on it. If even just one person listens to what we do and will be doing and is inspired by it…I’ll be happy, but I want us to be heard and enjoy the process of that.
David – Knowing that we’ve done the ideas justice. Having a good back catalogue of songs and being able to make as big a noise as possible.

JP – Making music. Loudly.
If you could say anything to your fans and fans to be what is it you would say?

Debz – A massive thank you to anyone who has listened and taken the time to check out what we are doing.

David – I really want people who would never dream of playing or writing, to do it.

Forget where you come from, your social status, age, looks.

Go make a noise, write something and pass it on.

I feel like you’re a secret weapon or a hidden gem waiting to explode, what’s next for you?

JP – That explosion would be nice.

Debz –  To try and get the stuff heard and see where we can take it.

David – To keep writing…to make it bigger, better and to keep being inspired…and hopefully getting the opportunity to do so in a studio.

The ideas are getting bigger by the day.