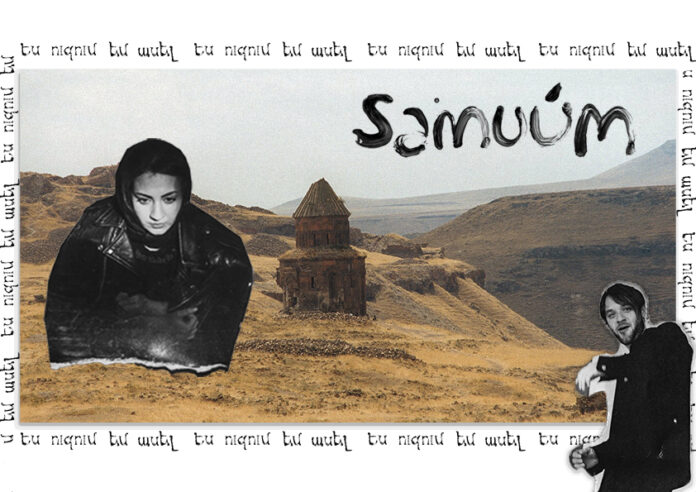 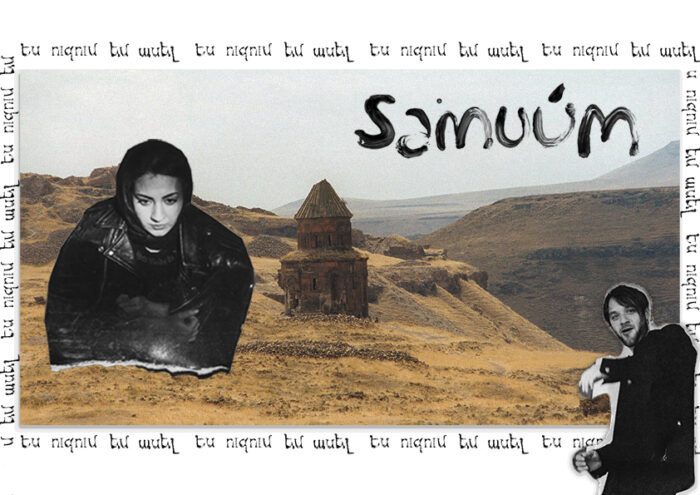 There are not many music videos that feature a woman tied to the roof of a car as four men kidnap her for a forced wedding, but Samuum’s new single Maria is shining a light on a centuries old crime that is now becoming rarer in the Middle East.

Lead singer Lusine Kocharian and video director Andranik Berberian met in Kiev’s thriving underground music scene,  and coming together as Samuum wanted to use the metaphor of bride kidnapping to explore what life is like for some women in Armenia.

“For me it’s my experience of Armenia as we always got to choose,” says Lusine. “You have to choose you want to have a family or a career, you want to work or have a child.

“I don’t understand why that is the case. I had the experience to choose to have family in Armenia, or just have my career.  I chose my career, and I want us to have that choice to have a family and a career.”

Maria is sang in Armenian with a pulsing bassline and a hook that echoes the haunting calls of a praying muezzin’s yell. Samuum set out to challenge the norms of Middle Eastern culture and the tough choices many women in the region still face.

“In our culture it is hard as most of the time you gotta choose. and it’s how we can talk about our development, and we don’t need borders. So it’s how you can’t move if you have those walls in this century about how you want to work or have a family. I wanted to talk about that through my song and explore that question.”

Berberian’s ironic video, inspired by 70s psychedelic directors Sergei Parajanov and Alejandro Jodorowky contrasts the passivity of the victim with the camp high spirits of the four men who have kidnapped her.  To many people the idea that bride kidnapping happens in civilized countries for centuries, let alone still goes in some places, seems almost unbelievable, especially as it means some ‘brides’ won’t be welcomed back to the families.

“There are a lot of villages where it happens but back then it was a normal thing,” notes Kocharian.  “In Armenia now it is much better, but I know that even in America it happens. It is a strange thing, wild and a bad thing. I can’t even imagine that mentality that you couldn’t go back after your kidnapping.

“Not every girl can decide ‘Ok, I can go back to my family’, and not every family can say, ok you can come back. Most of the families say sorry you can’t come back as you are now his wife so you got to be with him., It is rare in Armenia right now, but it happens in other places like Russia, so it not only our national problem.”

“I want girls, even if it happens, I want them to feel they don’t have to marry that guy, or deal with that problem, but you can move on.”

Kockarian is quick to point out that this is a global issue, but the feedback on YouTube for the single from Armenia, and elsewhere, has been very positive, particularly from a new generation pushing to smash down damaging social stereotypes.

“It has been good as I have had a lot of messages saying ‘Thank you girl, you did it’. It is kind of inspirational that they can talk as this whole thing is not exactly about kidnapping as that is just one of the forms to explain what’s going on

“It’s about talking about this wildness, and even if it happens the girls aren’t talking about that so it’s about respect. The comments and views are an inspiration for them and I’m so happy as that is exactly what I wanted.”

“You can study if you want to or talk if you want to. I understand you respect your elders, but you have to talk. We will try to change things, and if we can help somebody I will be very happy.”