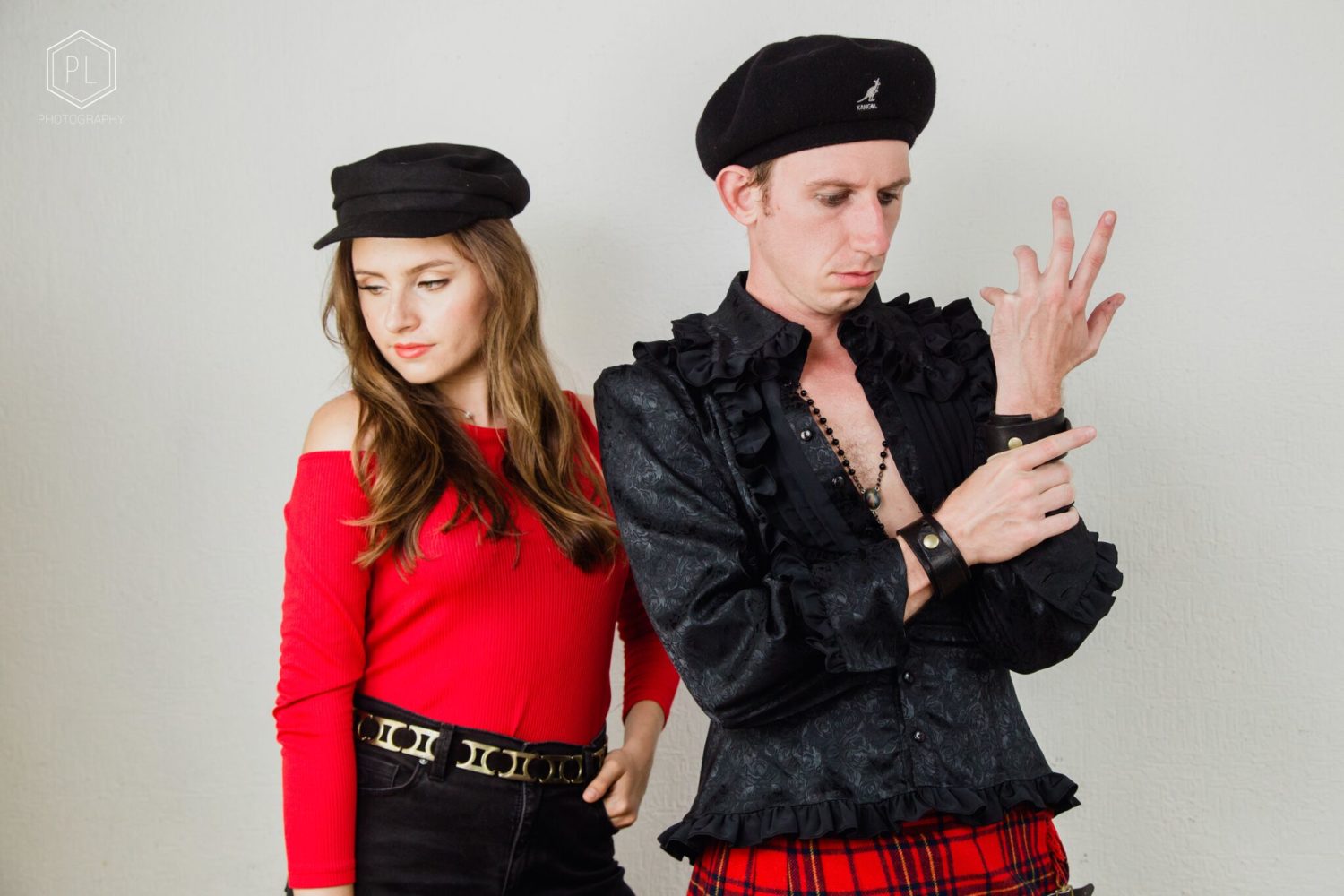 Founded in intriguing circumstances in Mexico City back in 2015, Archipelago released a mini-album (MMXVI) in 2016 and now are back with a blistering whole album for 2018– Archipelagoism – recorded across the world including parts in Osaka, Liverpool, Lisbon, Cancún and Alabama: out now on AnalogueTrash. 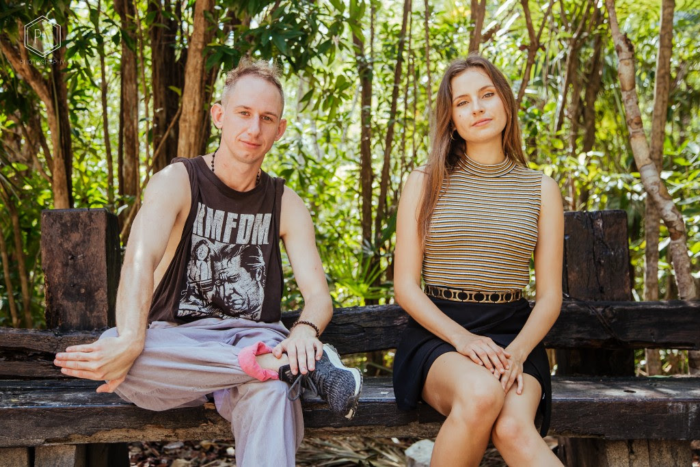 But who are the globe-hopping artists behind Archipelago? The duo consists of Andrés Claramunt Quiles (born 1969), a former Russian Bolshoi Ballet dancer who became a naturalised Spanish citizen in the 80s during the movida madrileña after fleeing the USSR. He then moved to Osaka in 2013. Whilst Andrés works on a combination of ‘PVC pipe bashing, Seinfeld slap bass and being the resident monkey at the typewriter’, Shannon Victoria Leeman (born 1987) is the singer with unique vocal flair, which takes tunes to new heights – and much more besides.

Get ready to have your ears blown.

Both are multi-instrumentalists who infuse their sound which energy and thrust, a particular unabashed positivity which is refreshing and rousing. Even more intriguing – the two met on site whilst working as stunt doubles/extras for the opening sequence of the James Bond film Spectre.

It is perhaps no surprise that Archipelago stretch and smash clear of any specific genre then; their sound captivating and cracking open whole new soundscapes to explore. Think DJ beats, combined with a grindcore edge, a dash of rave, elements of punk, intense melodies, stand-out vocals and sneaky out-of-time shifts which take the listener by surprise.

The album Archipelagoism certainly offers an experience, not just a series of recordings– a welcome antidote to endless electronic releases which end up being treated as ‘background music’. Vocal recording and general engineering and mixing duties were overseen by Grammy Award-winning Gael Hedding (Metheny, Timberlake, Spears et al) in Cancún. Archipelago also actively channel outside energies and incorporate cultural rhythms, with contemporary flair, as Andrés reflects:

“You get Lisbon pavement being smashed, pitched down Yucatán peninsula bird calls, all manner of dustbins used as a bass drums and being chased by a bulldozer during a recording expedition and falling on my arse (‘Kanja’).”

With such an array going on, Louder Than War’s Emily Oldfield certainly was intrigued. She spoke to Andrés and Shannon on the day of album release (13 July):

1) Is there a particular source of inspiration behind Archipelago and can you please tell me a little more about how you first met?
A: “Like all meetings it was a case of the right place, right time, right person, same objective, in our case in Mexico City at the tail end of 2015.
“I think I’d already decided on the name we were going to release the one track under it because being a geography buff I liked how it sounded and I liked what it represented.”
S: “Archipelago was actually my first password for my e-mail when I was 12, I’d learnt the word in school and I liked it because it wasn’t obvious.
“When we met we were only supposed to do the one track but then that became a single with a B-side, then an EP, then the first mini-album (free on Bandcamp) and now this album.”

2) Your sound is intensely interesting – shifting rhythms and jumping genres. Some would call it ‘brave’. Do you think it is ‘brave’ – or does it indicate another issue… that so much other modern music is not adventurous enough?
A: “I don’t think it’s either of these things, honestly (cf. https://twitter.com/Lorenzomusicrec/status/1016487164987695104 for decent music released this year). I don’t know what “brave” music would sound like, Arthurian fanfare? Sara Bareilles? Dunno about either of them.”
S: “I don’t think we’re doing anything that’s not been before, nothing comes from nothing. We’re just trying to join the dots between a lot of different things that people wouldn’t necessarily associate. Like reggaeton and seapunk on ‘La anatomía del deseo’ or a traditional ballad and breakcore on ‘Singer’.”

A: “I think that’s our strength as a unit, the flexibility and willingness to try things.
“I just wanted to make songs which were interesting to dance to, because I was studying dance whilst working on the album and approached production from that point of view. Alternately you can sit back and do the chin scratch to the tracks depending on your mood. Both are equally valid responses I think.”

3) What was the biggest challenge in recording the album – and what was the most rewarding thing?
S: “For me the biggest challenge, going back to the previous question, was dealing with the variety in the songs and trying to go above and beyond with my performances and create something cohesive from that.
“At the start I really didn’t know what to expect from the demos and how we were going to make it all work… Whether people were going to like it or not. But from the reactions we’ve had so far it’s been incredibly positive, completely unexpected. In the end I’ve really come to enjoy performing the songs – for myself – and seeing people’s reactions is great as well, it’s a tremendous relief.” 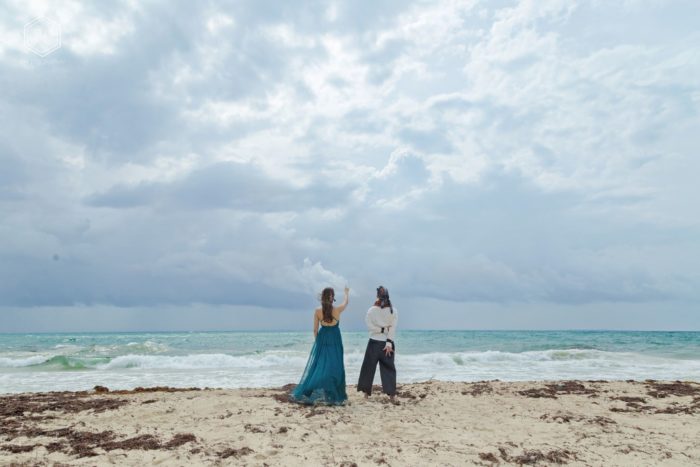 A: “Nothing further milord.”

4) Do you think music should convey a message? In terms of the new album, Archipelagoism, do you want it to convey a certain message – or can people take what they want from the music?
A: “Music’s a form of communication yeah? So you’re always going to be communicating something with the lyrics of course or the arrangements or the choice of sound design. I’ve tried to tell a story with the album but once you play something to another person even, it’s not really yours anymore, it’s out there in the aether.”

S: “Your own personal meanings aside it’s always interesting to hear how other people interpret your songs.”

5) Can you tell us a little more about your musical influences?

A: “On this album probably Xenomania’s productions for Girls Aloud where they were having huge hits (in the UK at least, elsewhere’s another story) but the arrangements were wonky and experimental, all over the place. ‘Biology’, ‘The show’, ‘Sexy? No no no’, ‘Something kind of ooh…’ ‘Untouchable’.”
S: “I really like Ella Fitzgerald, Billie Holiday and Sarah Vaughan. The three most important jazz singers. I used to study opera and the training was really strict, you had to sing songs note for note exactly as they were written with no room for error or improvisation.”
“But when I discovered jazz those three were the first people I’d heard in my life who just sang how they wanted to sing and did their own thing and were applauded for it. That’s what I want to do.”
A: “I’ve got a list of albums somewhere because I know this question is always coming with releases but outside of music Alan Paton’s oeuvre had a huge effect on me personally when writing the lyrics and also Roberto Benigni’s films for their sensitivity and humour. JoJo’s Bizarre Adventure for its sense of scope, irreverence and the copious Prince references.”

6) Why should people give Archipelagoism a listen?
A: “Hang on a minute, aren’t we doing your job for you with this one? Why should people listen to this album? Because it’s bloody good, that’s why.”
S: “The album’s got all sorts on it so it may not be everyone’s cup of tea on first listen but I guarantee there’ll be the one song you’ll really enjoy the first time you hear it.
“If you want to dance to it you can dance to it, if you want academic lyrics, they’re there, if you want to listen to something you wouldn’t normally listen to… Just skip over to the next track. It’s all there basically.”