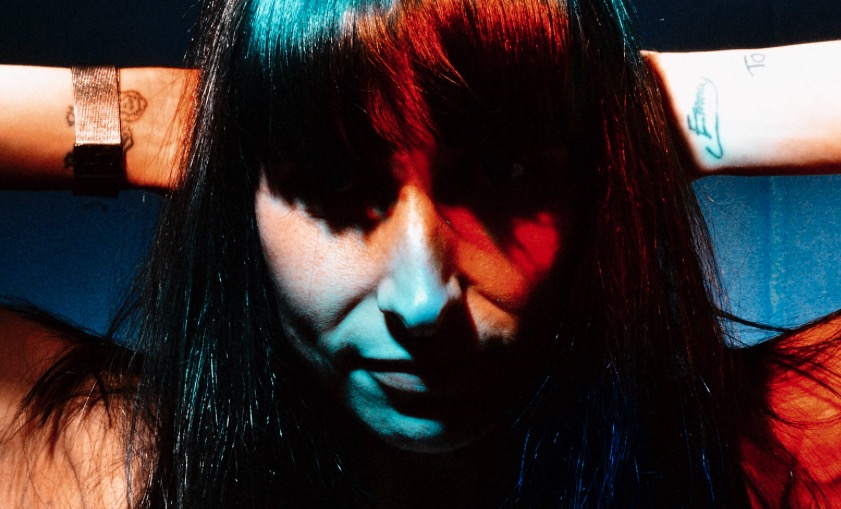 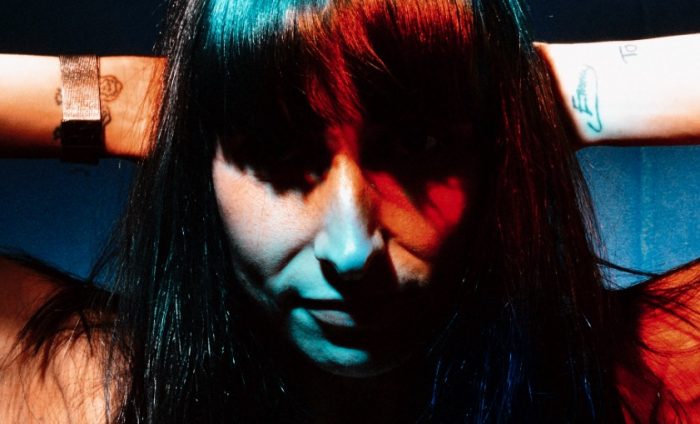 Weightless is the new single from London singer/ guitarist Anna Tosh. After years of playing music for everyone else, Tosh decided it was time to go solo. Her debut solo EP entitled One Big Fire is set to be released this autumn and Louder Than War’s Eileen Shapiro interviews.

Weightless is a dynamic, harmonic song speaking about a recurring dream where she walks across the beach into the sea and is swept away to a place of aquatic mystery and uncertain companionship.

I spoke to Anna from Cafe Music Studio in East London where she was working on recording her EP.  We spoke of her expectations, her new album, and music in general.

Louder Than War: Your song has such a good feel to it, did you write it?

It was a co-write with Herman Stephens, the bass player in my band. We collaborated, that one we wrote together. Where are you calling from?

I lived there for a little bit. I lived in Kips Bay, then Brooklyn in Green Point.

LTW: How long have you been singing and performing?

I started playing when I was a teenager around 15 or 16. I started out just playing guitar. I was writing songs when I was a bit younger. When I was 17 I had my first band. Then I started playing guitar for other people. I was most in demand so I played in other people’s bands for years. I played in sessions, or I collaborated. I had my own projects here and there. Then just recently, last year I decided that it’s crazy. I’ve been writing and working in music for 15 years and I’d never released my own work. I thought that enough is enough. So now I’m doing the finishing touches for the EP, to be out in October.

LTW: How excited are you?

I’m really excited, and this track, we are just about to go to the meat and bones of it, it’s my favourite song that I have written in the past five years. I’m just deciding whether I want to put You out as a single or keep it just as a track in the EP. I’m making a video out of it.

LTW: Then it’s got to be a single.

Yeah. It’s a bit long. It’s a bit too long for a single but I’m not going to radio one air time. I’m just finishing it, so whatever comes from it I will except. If it got on a commercial radio station that would be pretty cool.

LTW: Will you be touring in support of the album?

It depends. I’m going to be doing gigs in and around London, but at this stage it is self-financed. You know what, if there are people who want to hear me play, I’ll come and play. I want to see what reaction that I’m going to get from the EP and stay fairly local for now. I’d love to get further and further away from London. I did quite a bit of touring without the band. It’s a really different experience.

LTW: If you could play anywhere in the world what would you need to happen?

What I would like is to not really remember it. That’s when I know that it’s a great gig. When it’s just a blur.

LTW: That’s probably one of the coolest answers I’ve ever gotten. When you were growing up who influenced you musically?

Mostly American artists. I mean I started off with The Beatles. Then I loved Sheryl Crow. I was totally obsessed with Sheryl Crow at 14/15. I love her as an artist. I didn’t really get it so much then, but now I see what she did and what she still does. She does everything, she is a multi-instrumentalist, and a phenomenal singer. She’s a writer, she’s a producer, and I really didn’t understand what that meant at that point. Now I look back and I think of what she was doing at the time. This was when the labels really controlled the artist. She still maintained that kind of creative control, and the fact that she’s a woman. So I liked her. Power to Cheryl, I think she’s great.

LTW: If there was anything that you could say to your fans, what would you say?

I don’t really have any idea what’s coming next for me but, right now I’m really committed to try and tell the truth about what my past  is, what my present is, and whatever is going to come. I’m connected to not doing the same thing again, again, and again.

The EP One Big Fire is out in October and I’ll be releasing a video for each one of the 5 tracks. The best way to see me is live so come to a gig: (next one is the EP launch at Servant Jazz Quarters, Dalston on October 10th). I welcome the unexpected when playing live, so you can never be quite sure what is going to occur on stage, my band are unreal and really electric performers.

More information on Anna Tosh at her Facebook and Soundcloud pages.