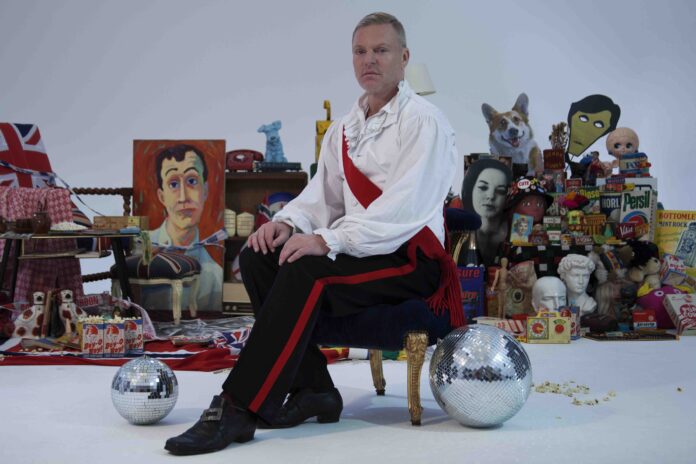 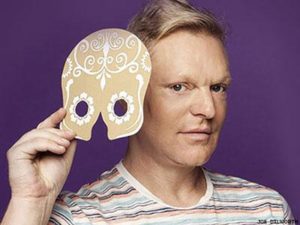 With the recent release of his Variance album (see review here), Andy Bell continues the story of the 108 year-old, polysexual teenager. Andy recently took time out from a hectic schedule to chat Louder Than War’s Paul Scott-Bates about Torsten, Erasure and brown rice.

Louder Than War: How’s the world of Andy Bell?
Andy Bell: Fabulous thank you! Onwards and upwards, always looking forward to the next project. I have a great life!

The tale of Torsten continues – are there more productions to come after the forthcoming Beautiful Libertine album?
Yes, there’s definitely a part 3 though I’d be very sad if it stopped it’s like a living soap opera!

How involved have you been in the writing and production of the albums and performances?
I’m not involved in the writing I just interpret the “script” songs as I see fit. We’ll be doing a theatre workshop at the end of this month for two weeks which I’m very much looking forward to. 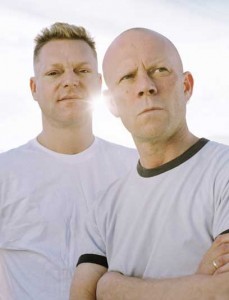 Its thirty years since Erasure were formed, that’s quite some time particularly when Vince’s earlier projects were relatively short-lived. What’s the secret of the collaboration?
As Alison Moyet said she really wanted to penetrate his Cancerian character, I think it took a long time and gentle power to win his confidence. We are equal song writing partners and have total respect for one another.

It is my personal opinion that Erasure were responsible for the resurgence of Abba following the Abba-esque EP. Did you ever have any feedback from the group about your versions?
Nope!

Vince once recommended an oven cleaner from Oldham for me via Twitter. Do you think he’ll return to tweeting?
I don’t think so, he doesn’t really like trivia which is a shame because his humour and wit are so dry!

Will Torsten ever find true love?
I don’t know, but I sure hope so. Maybe he needs to meet a vampire! 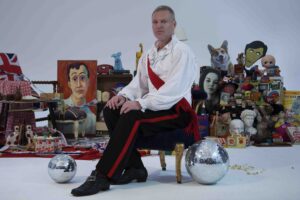 The recent Torsten single, Weston Super Mare has been described as a pop triumph. What are your experiences of the resort?
I was there about 10 years ago and remember the expanse of the sandy wet beach and the donkeys. There were some scary looking figures in the waxwork museum. My faith in humanity was restored when I lost my wallet and a Weston-Super-Mare-tonian posted it back to me.

I’m coming over for a meal, what are you making?
Not sure about today, but really could do with loads of garlic brown rice and veggies instead of sandwiches for a change!

What music excites you nowadays?
Stuff that my friend Les Child plays me.

Are there any artists that you’d like to collaborate with?
Annie, Barbra or Dolly.

Do you see your DJ career becoming a bigger part of your future?
I don’t know it’s more of a hobby really and I no longer have my decks. Perhaps one day I’ll get the bug again!

What advice would you have given to yourself thirty years ago when you were still selling ladies shoes? Was your ambition to be a singer?
I would say we all have our Cinderella moments and one day you’ll be wearing a pair of these Laboutins strutting your stuff on stage – so chill!

And, what are your ambitions now and your plans for the rest of the year?
To get through the year at a leisurely pace and chill out a bit more.