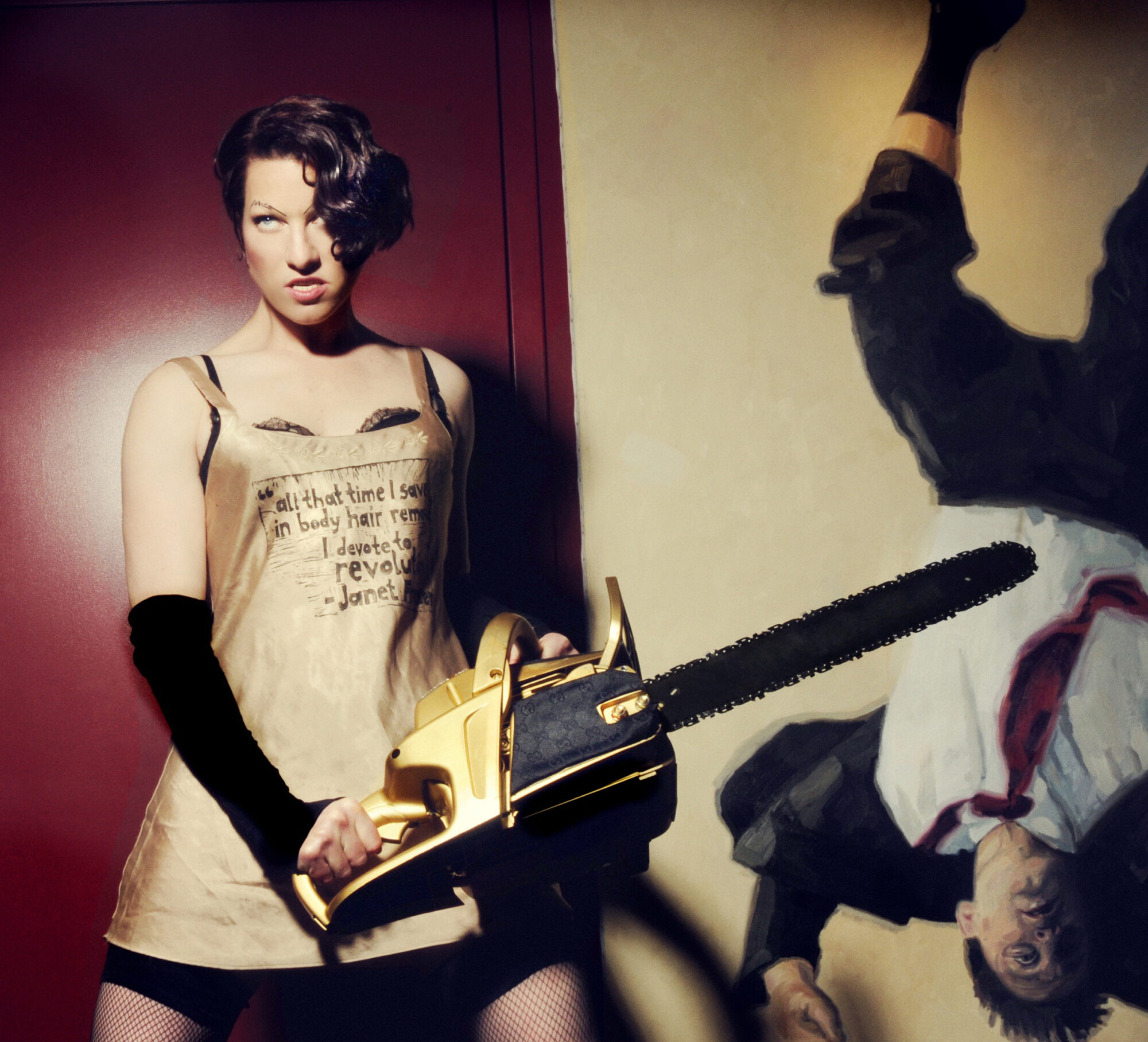 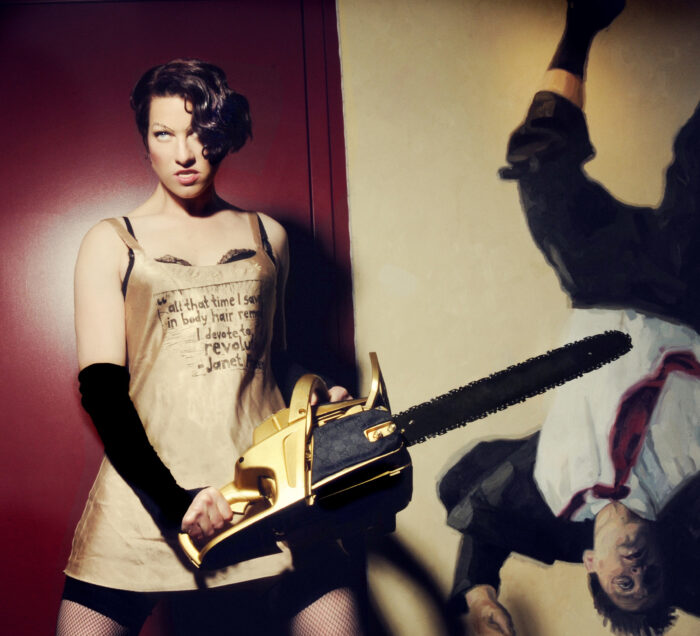 Amanda Palmer is the American vocalist, pianist and performance artist best known for her work as one half of The Dresden Dolls. She’s a long time favourite of many of us over at Louder Than War and that she’s coming over the UK soon for a short tour is unmitigatedly great news. Take it from us. So clearly a great time for us to have a chat with her then, which is exactly what Sophie Sparham did a couple of nights ago. Over to Sophie…

The spectacular musician, brilliant writer and social media queen known as Amanda Fucking Palmer is coming to the UK for a tour that I’m sure many fans won’t forget for a long time. So when I get the opportunity to speak to the wonderful woman it’s natural that I’m quaking behind my phone line. It doesn’t help that Skype is awful, but never the less we get past it and as always, Amanda is wonderful.

Louder Than War: You’re coming over to UK – what is the thing that you find the most exciting about playing in England?

Amanda Palmer: The humans being there are really passionate into music, more so than any other English speaking country I’ve ever toured. I always find it really special to go there.

Starting with a night performing with Neil (Gaiman, her other half) – what’s it like doing a show like that?

Well the show with Neil is a very unique show because that ones’ been set to launch the issue with the New Statements that we’re editing. The show that I’m doing round the UK is similar to the show that I’ve just done in the US. It’s as stripped down as it can get. It’s just me, a piano, a ukulele, a book and the audience – I read the book and take requests and it’s great.

I’ve never toured this way before. Last tour I was with a full band and the one before that I had costume changes. It’s the first time it’s just me alone with the audience, it magnificence, I love it. 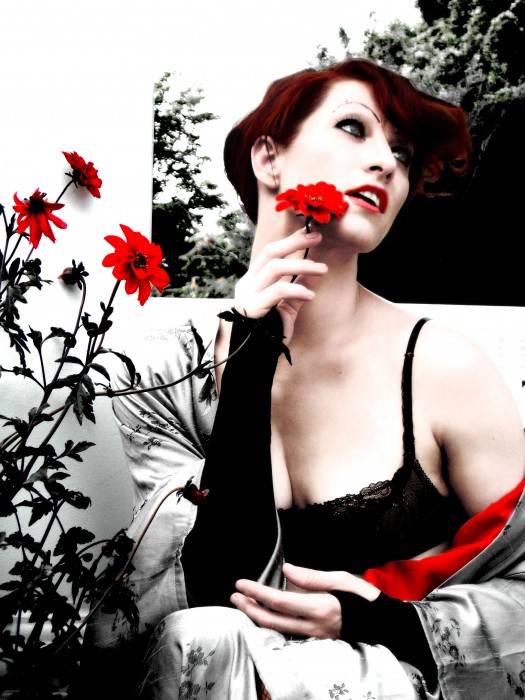 The reaction you got from The Art Of Asking was amazing – did you expect that sort of response?

I hoped for the best when I put that book out. I tried to be honest in my writing and I do already have an audience of readers, having written my blog for the past 15 years. I’ve learnt from my blog that when I’m very honest and challenge myself and when I say things that make me uncomfortable, that’s when the writing is good and I tried to put that in the book.

You don’t have any control, you make a thing and you put it out and you’re not in control over how the audience reacts. The best you can do is create the thing and put it out there, then move onto your next piece of art.

What’s the best question that someone has asked you?

Neil asking me to love him was not easy for him and the best things people can ask me are the things they have to be very brave to do. When I met Neil he was very heartbroken and the more I look back on it the more I realise he was making himself vulnerable falling in love with me.

‘Bigger On The Inside’ – you’d not released anything for a few years, then you released this beautiful, honest, heart wrenching track. I cried when I heard it. What was going through your head when you wrote it?

My two friends had cancer and I was really sad. The internet was yelling at me and I didn’t have any privacy when I wrote that song, which is why it’s a ukulele as I had to hide in the garden to write it.

“I love challenging myself to write honestly, that’s when my best stuff comes out. I can barely play it live without crying.” – Amanda Palmer

On that particular topic yeah, it’s honest about a lot of things. It’s one of my most honest songs about depression. I love challenging myself to write honestly, that’s when my best stuff comes out. I can barely play it live without crying.

You’ve been through a horrible time, in the song, you say you didn’t know how you’d get through it but you have, where did that strength come from?

I derive my strength from other people; my friends, my fans, the people. I feel truly that they have my back and it’s no holds barred. I don’t come from a big family, so I don’t have a lot of family support, we’re a very small clan and I’ve always wanted to create a large family. Not a biological one but an artistic one and that’s what I’ve been building.

‘I am exactly the person I wanted to be’ is on the front of the single– what does it mean?

That’s a lyric from a different song. It’s a photo of a tattoo a fan sent me and it moved me because they were in a hospital bed.

Now, you are the social media queen, but you’ve decided to post longer more essay type stuff on patreon – what are you planning to write?

I make it up as I go along! I‘ve been cleaning my apartment and I’ve just found a bottle of face wash that I bought in Germany in 1997, with face wash still in it and I started using the face wash again. I might write a blog about that. Some of my fans weren’t even born in 1997!

It is a pain in the fucking ass but I wouldn’t pick any other job.

Check out the full dates of Amanda Palmer’s tour below.

Amanda Palmer can be found online here: amandapalmer.net. She’s also on Facebook and tweets as @amandapalmer.