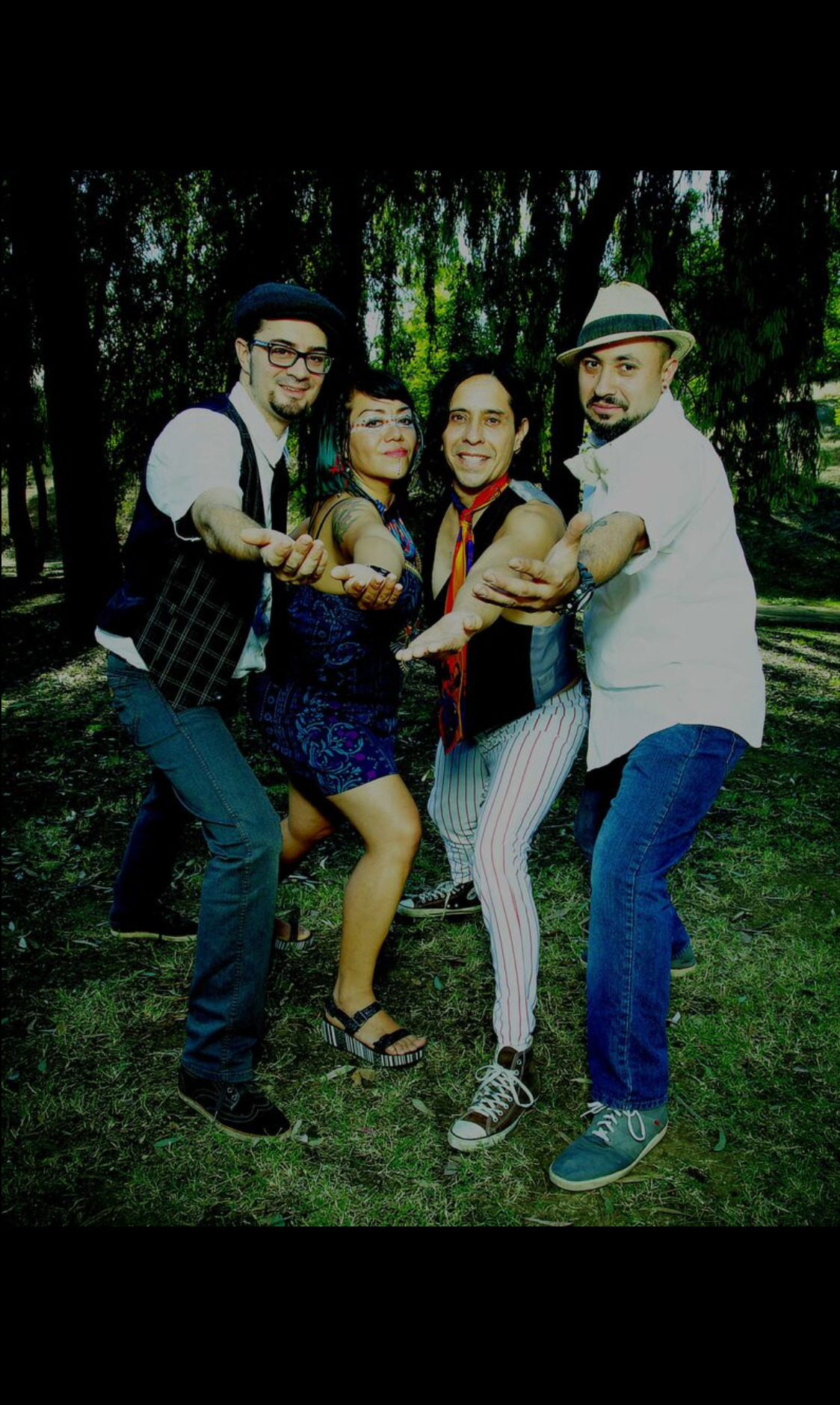 Los Angeles alternative/world music band Alarma has just released an impressive new album entitled World Ignition. The 8 track album is brimming with international influences embracing Latin cumbia, reggae, ska, African, Middle Eastern, Columbian, and almost everything else you can imagine. Their songs are vibrant, fanciful, and in general a blast to listen and dance to. 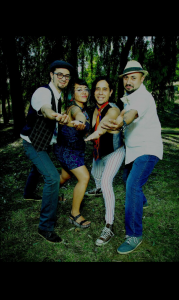 Current members of Alarma include Pedro Martinez on lead vocals and guitar, Alessandro Morosin on lead guitar, Greg Panos on bass, and Eduardo Sandoval on drums and percussion.

I spoke with Alessandro Morosin, a college professor teaching sociology by day, about the band’s intentions, hopes and inspirations.

Alarma are a Los Angeles project. I was not really doing music at the time. I had been in the underground punk scene in high school with my own band. I moved to LA for college from the bay area. I met Pedro Martinez who had been doing music consistently. He had this project. We met through a mutual friend, and he told me that he did this acoustic open mic thing, and he invited me down to do a couple of songs. He played this song called Africa over the phone, and it sounded pretty cool. So that’s how it started, just me and him doing a couple of songs. Eventually we filled in the band, we got the drums and the other members, and that’s how it started off.

Are all of you Latin?

We’ve got the bilingual multicultural. We grew up listening to The Clash, The Police, or Colombian cumbia, it’s all there as far as our style and performance. We don’t really have a style, we’re kind of eclectic. We are world beat rock, kind of alternative, some cumbia, some gypsy.

I think that’s a good thing, and whatever your music is, it’s fun. It’s better than a lot of the music that we are hearing on the radio today.

I don’t want to get in trouble with anyone, but I think Muse stands out above that level. A lot of the other stuff, I agree with you, there’s not much going on out there. We kind of grew up listening to 90’s bands where we got our influences, and we want to make people dance.

I love your song Fire. It’s on my cardio playlist now.

Who writes the music in Alarma?

Me and Pedro write it. Pedro is the main writer of the songs and lyrics, but I’ve written some. He starts with the concept or a melody. He shows me the chords on the acoustic guitar. I think about how to add some stops and some breaks to it, some solos and leads, and harmonies. So a couple of us do the writing but I think everyone in the band is a great player. There are four core players, and we are about to go up north to Northern California and do some shows. This touring thing is still a little new for us. We haven’t toured outside California but we’d love to if there’s an interest. I always thought our music would be good in Europe. I think they would understand it a little bit more.

Do you plan to be in the New York area anytime soon?

I don’t plan to be, but I could be if it works out. We are also active in social causes. Last time I went to New York there was the demonstration for people killed by police unjustly. It was called Rise Up October. So I have friends out there that are doing this kind of activism, for human rights. I went out there for that, but usually I don’t make it out. I love New York, but I’m in Southern California teaching. I teach sociology at the University of California, Riverside. We want to play more colleges, and festivals.

Where does the band as a whole get their influences from, and their inspiration?

I’d say The Clash, The Police, Bob Marley, Led Zeppelin, Santana, Rage Against the Machine for the harder stuff, Ska-P. Ska-P is Ska/ Punk, a huge band from Spain. One of the only times they played here I was able to see them. Just all that upbeat music, and Nirvana I would say.

Where would Alarma hope to be in 10 years?

No one has really asked us that before, but to be able to just play events. Just playing tours and see the world. Maybe not a strenuous tour like 200 days a year, but I’d say to be able to go around the world with our music, Argentina or Mexico, Spain or France, and for people to want to see us and book us, and to be able to be known, and known as a band. To just have great songs as far as song writing, and energy, whether that means to be signed to a major label, or just keep recording independently, albums that make a difference.

What do you like best about performing in front of a live audience?

I like when the audience gets into it. That might be cliché but we really play so much better when people start dancing or start pumping their fist. We are always passionate, we get there, we show up, we do our thing no matter what’s going on. I like how everything live is not the exact same thing as on the CD. It’s still the songs we record but we have different solos, different musical sections within the songs. It’s just more of a human feel. It’s more energetic. I like to sweat, I like the dancing, and the sound and how it all gets together, and how our audience reacts to it.

What would you want to say to your followers or fans to be?

Just go out and discover great music. We are nourished by bands that are great, that are coming out, so support that process. Support bands, buy CD’s, listen to lyrics, and approach music like something that lifts up your whole soul, and not just another copied product. Get your friends out and go make a whole evening out of going to a live show.

World Ignition can be purchased on iTunes.