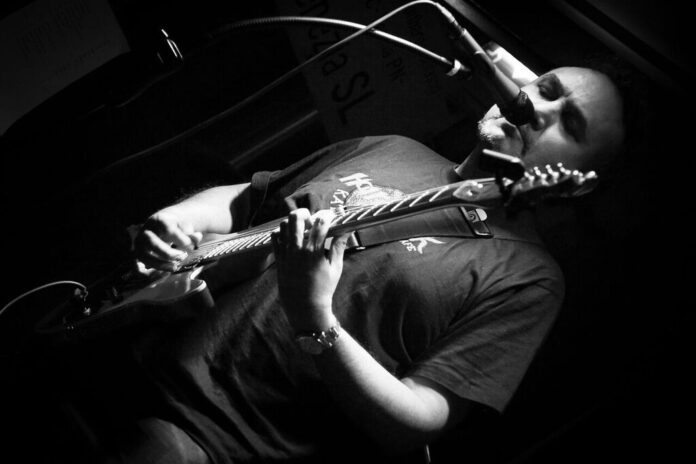 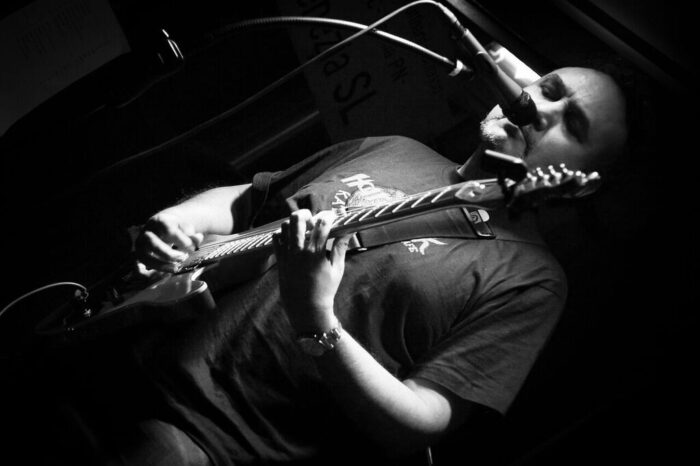 India born, Switzerland based singer-songwriter Ajay Mathur has recently released a most creative and original display of sound in “9 to 3”, a 15 track album both heartfelt, imaginative, as well as entertaining.

His vocals are reminiscent of Tom Petty, Don Henley and if you listen carefully one can hear Bob Dylan in there as well. His lyrics are powerful and relevant, while his music seems joyful and fun, filled with commanding hooks, and persuasive guitar tones. “My World (SOS TO THE UNIVERSE)”, has been on USA National AirPlay Charts 7 weeks in a row, and 260 radio networks including the BBC, have added the song to their playlist.

Louder Than War had the opportunity to ask Mathur a bunch of questions relating to his unique sense of music, his diverse combination of worldly topics, and his future brand of creativity.

What style of music do you consider your songs to be? I hear so many different genres in your music, everything from heavy rock to jazz and back to country….and of course an Indian influence.

If I were to put together all the genres mentioned in the album reviews so far, they would probably add up to #PsychedelicAmericanaUrbanBollyRock. I mix, morph and cross different genres while working on a song. This mostly happens unconsciously. I approach my music production song by song. When I work on a particular song, it becomes my universe and gets my undivided attention until it’s finished. Then I move on to the next one.

I guess if I had to name a few, they would be some of the really excellent songwriters like Don Henley, Jackson Browne, Lennon-McCartney, Bob Dylan, Tom Petty, Neil Young, Jeff Tweedy, just to name a few. The craftsmanship of musicians like The Beatles, Jack White, Steely Dan, Derek Trucks, Alabama Shakes, Grateful Dead, Gary Clark Jr., Jimi Hendrix, Jonathan Wilson and many others have had a strong influence on me throughout my life. I certainly can’t claim that I’ve taken on the sound of any of these amazingly creative artists, but they have definitely left their mark on my music.

Do you think the music industry in Switzerland is different from that of the U.S.?

There’s no comparison between Switzerland and the U.S. Switzerland doesn’t really have a music “industry”, it is way too small. There are subsidiaries of the “big four” record companies in Switzerland, largely taking care of the repertoire of their U.S. mother-ships. There are few independent labels, trying hard to stay alive financially. The same is true of the music media like radio, magazines and TV.

That being said, when it comes to exceptional songwriters and musicians, Switzerland is a creative force to reckon with. Must be the good mountain air.

Do you have a favorite track on the album that you like to perform live?

Yes. I love to perform ‘My World (SOS To The Universe)’ live because it can be performed in so many different ways. I love the track. I’ve had some amazing experiences with it, including singing and working with a big choir of school kids between seven and thirteen. I’ve been able to perform this song live in so many different versions. My favorite memory of performing the song live (so far) was on the International Day of Peace, September 21st with a school choir and band in Lucerne. The energy of this performance was awesome and the kids were so happy and proud of themselves.

What inspired My World exactly?

‘My World (SOS to the Universe)’ is a cry for help. It’s about attempting to escape into the unreal, virtual world of cyber space because fading ethical, ecological and emotional values is becoming unbearable. Writing this song was a culmination of various personal epiphanies and experiences. It is the recognition of great self-deceit and surrender to the technologies of self deception and distraction. Even so, there is hope and the children’s voices embody this hope.

How do your songs relate to your life’s experiences, if indeed they do at all?

A lot of the songs from “9 to 3” relate to my life’s experience. My lyrical themes span from personal and circumstantial to social and political. For example, ‘Sitting By Your Cradle’, whose lyrics were a collaboration between myself and Mary Lou von Wyl, talks about the daily grind, the struggle for money, while one’s life and loved ones just pass by unnoticed. ‘Nothing Really Matters’ is about love lost, betrayal and the blame game. ‘Latin Lover’ celebrates life full of passion and fun, living it up as if ‘fun is going out of fashion’. They all have an element of my own experience.

In my opinion, the combination of music and message play a huge role when it comes to opening up new perspectives in the minds of listeners. Music may not change the world or a system, but it does help to make us dream, give us hope, make us feel strong and even loved. Music can evoke powerful emotions in people. I am a part of the society we live in and everything that happens in this society effects me and my creativity, directly or indirectly. I’m not shy about writing and singing about what’s going on around me or inside me. My music, especially the lyrics, reflects that. ‘View From The Top’ is about social struggle and growing mistrust in the status quo.

Do you have a favorite artist currently?

No. I don’t have a specific favorite artist. I listen to artists/albums all the time and some of them just stick with me for a while. Currently I’ve been listening to Beck’s ‘Morning Phase’, Wilco’s ‘Star Wars’, Jackson Browne’s ‘Standing in the Breach’, Martina Linn’s ‘Pocket of Feelings’, Alabama Shakes’ ‘Sound and Color’ and Tom Petty’s ‘Hypnotic Eye’ – excellent albums, all of them.

What can we expect to hear from you next and when?

At the moment, I’m going through an extremely creative phase and I’m writing and recording new songs for my next album. The release is planned for the fall of 2016. I’m excited about the songs and I’m having a great time playing around with them. My next album will be exciting!