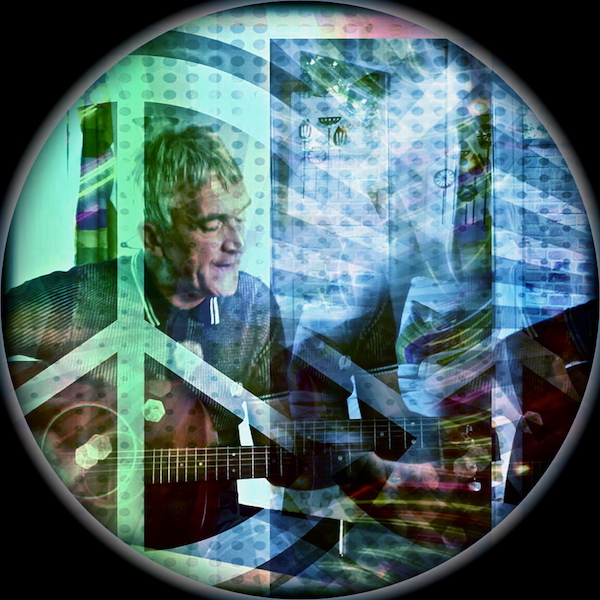 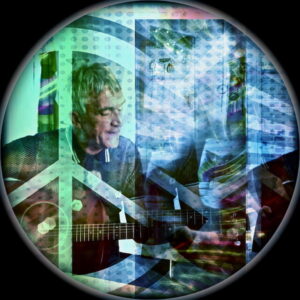 Once described as, “English pop music’s greatest ever secret,” Adrian Holder’s The Moment were nestled highly in the UK Mod Revival of the 1980s.

Formed in Haverhill, Suffolk, in 1983, they took inspiration from the originators of Mod, Punk, Northern Soul and Classic Rock.

After a run of singles and a sole long player, they called it a day in 1990. But 25 years on, The Moment are back with a new album. I caught up with Adrian to discuss the then and now.

~
The new album is titled The Only Truth Is Music. Is there less truth in music today?

AH: “I suppose it depends on what we think of as “truth.” If truth is honesty then music can help the listener hide from the dishonesty we have to deal with in our daily lives. Music is open and there for all to hear. It does not lie. Music comes in many forms and caters for diverse tastes. For some, it provides truth in a world of lies. It helps them escape from, for what is for many, a personal private hell to a world of truth and beauty. Sure, musicians can tell lies with lyrics but the music is always truthful. I suspect, the business that feeds on the art form has always been economical with the truth. So, is there less truth in music today? Well, yes, I imagine there probably is. These days, the technology and spin doctors, can turn a very average performer into a very successful ‘product.’”

There was a time when singer songwriters/bands were given time to develop. Selling millions of units on a first release was desirable but not demanded. History shows us that many of the biggest sellers didn’t start that way. Elton John, Bruce Springsteen, U2, R.E.M. etc. had modest sales on their first few albums – but they were allowed to gather momentum. Each new album selling more than the previous was a success. Is that the case with today’s music industry?

AH: “From what I know of today’s music industry, which is based on the view of an outsider looking in, it appears to have turned its back on the idea of developing and nurturing talent in favour of cashing in as quickly as possible on most profitable sound. It is probably true that, to some extent, this has always been the case. There have always been fashions in the output of the industry but, it seems to me, in the past there was more room for diversity and growth. Groups take time to develop their sound. Previously, bands were afforded the comfort and security of signing three album deals. These days, it would appear, they are expected to come as the finished product having already written, recorded and (in many cases) sold thousands of units. Many of the bands I enjoy probably wouldn’t have been given the backing of a label or the chance to record by the current music industry.”

Are the things that used to fuel your music the same as what fuels it now?

AH: “I have always written songs about life so, yes. The inequalities of modern life are still as present, and as unfair, as they were when I was growing up in the 70’s and 80’s. In that respect, nothing has changed. Authority still abuses it’s position, politicians still lie, the wealthy still call the shots and the majority, just trying make life a little better, pay for the lifestyle of the ruling classes. That aside, I, like most writers, still take time to reflect on the meaning of it all and the need to be loved, a good chord sequence and a catchy melody. These days, one thing that has changed is that I am much less driven by the need to sell units and more interested in the quality of the band’s output.”

What music are you currently listening to?

AH: “On the rare occasion that I have time to kick back, relax and listen to some records, I have found myself returning to what turned me on to music in my youth. I have been enjoying re-discovering some of The Action, Chairman Of The Board, The Who, The Faces and even Lenard Cohen. I have recently found out that there was a good reason why I enjoyed early ELO and Queen as well as the Undertones, The Stranglers and The Chords. I love Dodgy, the Bluetones and Supergrass. I am also quite into the Black Keys.”

Underneath the materialistic pop stars of the 1980s there were those who also wrote about and commentated on political issues. These were not niche artists, who only had a cult following, but musicians who had huge hits. I’m thinking about Red Wedge. A collective of musicians who had a goal of engaging young people with politics. Particularly the policies of the Labour Party and getting rid of a Conservative government. The Moment were first active during this political climate, so what are Adrian’s thoughts on the current goings on?

AH: “Well, where do I start? I should point out that I do not live in the UK and haven’t done for a number of years now. This means I am only an interested observer from a foreign land. Although I am entitled too, I haven’t voted since the early ’90’s. I kind of gave up with the ballot thing when the country decided to vote the Tories in again at that time. These days, I don’t know if I am more disappointed with the current Government, the people that voted them or the opposition for failing to give voters an alternative. The truth is, they appear to be “all in it together”. Anybody that has read George Orwell can see exactly what is going on. The country is divided; racism and bigotry appear to have become the acceptable norm; the Tory’s are doing what they always do and making cuts that hit the most vulnerable and the less well off. There is war being used as a rallying cry; schools and children are being used as political weapons and those that are unfortunate enough to be out of work are being blamed for the deficit.  UKIP, WTF?”

AH: “I don’t really know that much about him. What I do know is what the mainstream media have told me which isn’t really knowing anything other than there are a few people in power that don’t like him. That makes him a good candidate in my mind. If he is genuinely from the left and can give people a true alternative to the current diet of hate and greed, I like him. I haven’t been able to call the Labour party my party since Mr TB (slightly less conservative than the other guy) came to power. I wonder if it will change?”

AH: “No, it is easy, all you have to do is sell a million copies of your record to people who expect to have it for free. That said, there are still some true music lovers out there and The Moment are lucky enough to have friends that appreciate what we do. Supporters have funded the release of The Only Truth Is Music and we are very appreciative of their help and support. I wouldn’t recommend it as a career move but it is very rewarding to make music that people connect with and enjoy. Music is a very powerful and liberating art form. On a personal level, it is where I can say what I am thinking without the fear of authority censoring or controlling me. Making a living from doing what I love is still a distant dream but well worth aiming for.”

Can a young person with a guitar, a vision and a dream still change the world?

AH: “I sincerely hope so. When a young person picks up a guitar and starts the journey, they might not change everybody’s world but they might just change it for a few. Music can touch the lives of people in a way that only music can. It can bring hope and pleasure to people who struggle to see a positive future. For some, it can be  instant and of the moment and for others, it can be profound and life changing. After all, the only truth is music.”

~
The Only Truth Is Music by The Moment is out now. Further info can be found at their official website or at their facebook page.