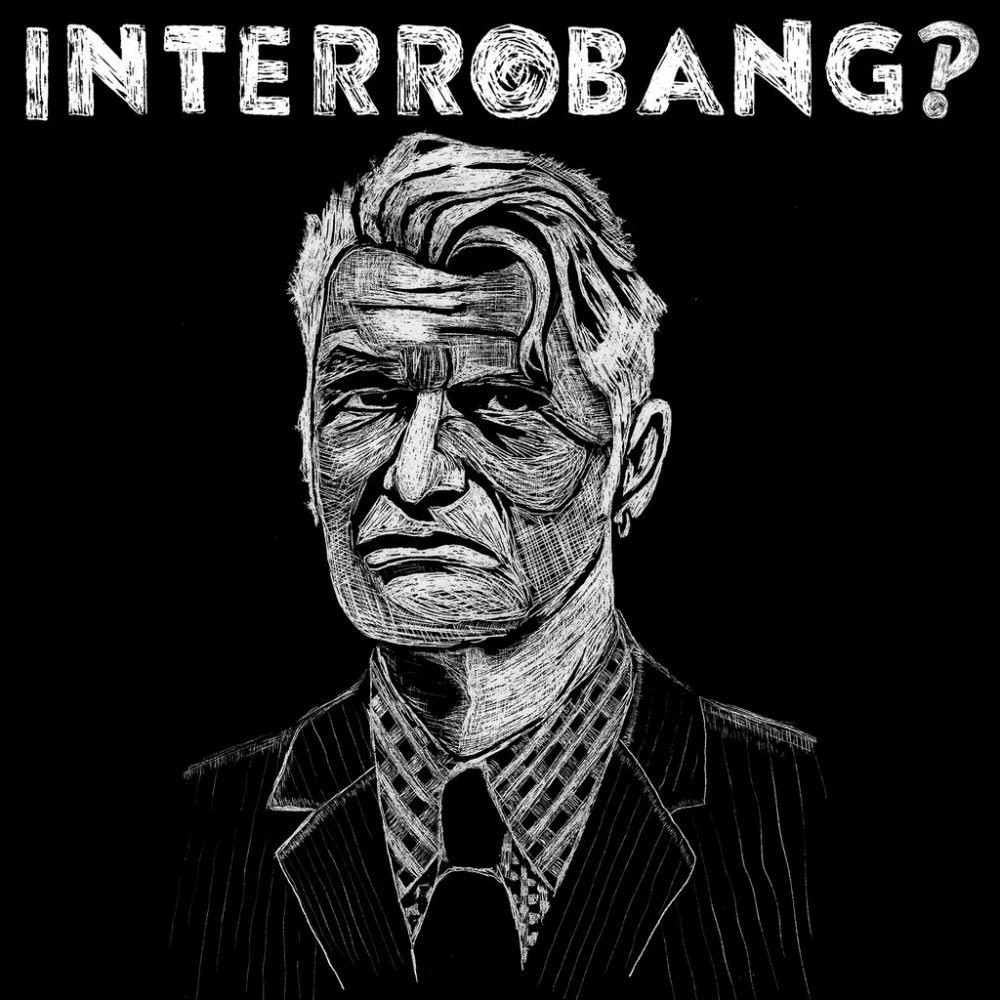 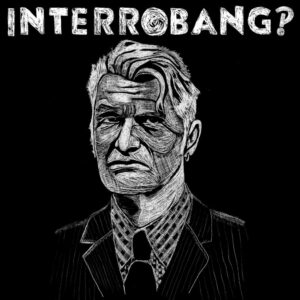 Dunstan Bruce (vocals) and Harry Hamer (drums) were in Chumbawamba. Stephen Griffin (guitar) was in Regular Fries. Together they are Interrobang‽  A band named after a punctuation mark (‽ ) who “speak to their generation who grew up in the shadow of punk…” and, now we are all over 50, ask “Where do we fit in now?”   Ged Babey joins the midlife crisis agit-funk-punk formation dance team and sings along.

I really don’t care if sincerity’s uncool, now is the time to stop playing the fool.

I’m not scared to admit I think about my own obituary… There is a playlist written in my head says all there is to be said about me.

This album is chock FULL of Great Lyrics.

But then, it was MADE for me and those like me.  Over 50.  ‘Punk Generation’.  Still Angry. Still pissed off that punk didn’t change the world for the better.

It is  THE ‘Mid-life Crisis’ Punk Rock album of 2018. Only it’s not punk rock. And most ‘Punks’ won’t like it (if their idea of punk is too genre-tically codified)

Musically, to me, it sounds like early Gang of 4, Mekons, Wire, the Fall, Alternative TV  meets Fugazi and Chumbawamba – only played with precision and a crystal clear production.  But despite the influences Interrobang‽ have a pretty distinctive and original sound;  bass-less, angular but dynamic…

Lyrically it’s “the 50-Something Blues’ but with no cliches involving shagging and buying Harley Davidsons… because it’s very specifically the story of Dunstan Bruces Life;  going from being  Someone to No-one (Pop-culturally speaking).

..but there is plenty of content ‘we’ can relate to; the death of a parent / the existential angst of reaching 50 / the love/hate you have for the place you were born / realizing you are turning into a miserable bastard just like your dad / … and so on,

If this sounds ‘depressing’ well, the delivery and music is sharp, spritely, concise, unpredictable and basically… very very good.  Difficult but accessible.  Catchy and dance-able (kinda) without being dumb and lowest-common-denominator.

The Chumba Factor; there are people who dislike(d) the band for (allegedly) selling-out. They didn’t – you need to check out this – the Untold Story Of. And then decide.  (“It’s worth watching to the very end for his spoken word “Existential Angst of Dunstan Bruce” piece. Essentially a dialogue drawn from Interrobang‽ lyrics and in this case accompanied freestyle by Joey from Downtown Boys.” said a wise man)

Anyroad… what is an Interrobang ?

/, ‽ is a nonstandard punctuation mark used in various written languages and intended to combine the functions of the question mark and the exclamation mark. A sentence ending with an interrobang asks a question in an excited manner, expresses excitement or disbelief in the form of a question, or asks a rhetorical question.  For example: What‽ What the fuck‽”

This brilliant album is “Dunstan Bruce laid bare, torn open, asunder, determined to never give up the struggle despite finding himself deep in his own malaise. He veers from the personal to the political, from the poignant to the pithy, never pulling any punches, always being brutally honest but with a disarming ability to laugh at himself as well.”

I hate quoting extensively from press releases, but I really can’t put it any better. I suffer from my own mid-life malaise: I’ve been writing reviews of MOPO (Music of Punk Origin)  for THIRTY YEARS this year and very rarely have been paid for it.  It’s for love …or rather, because I HAVE TO – to convince myself I exist and am doing something vaguely useful and to bring pleasure to a few people at least….. Every time I plan to pack-it-in an inspirational album like this comes along!    Which is why I understand that despite 23+ years being in Chumbawamba, that Dunst HAS to continue doing something, the only thing he knows… writing hard-hitting songs for hard-hit people. ( when  I first heard opening track Here Now I swore he sang ‘hearty’ songs … Jim-Lad! )

Another bit of PR …

This isn’t comfortable or retro; they reject wholeheartedly the idea of nostalgia, they refuse to live in the past, there’s no misty-eyed looking back; this is all forward, forward motion.  This is their cri de couer.

In the interests of some sort of vague objectivity I have to say that the sleeve art –  honestly rendered  woodcut/ pen and ink portraits of the band … will NOT help sales! they look grim and scary OLD bastards!   Dunst looks like that famous picture of Samuel Beckett ferchristsake!

Although its very much built around the words, Hamer and Griffin shouldn’t be overlooked -both play magnificently, inventively and intuitively. I almost hesitate to say it, because its a trifle ludicrous but, Interrobang‽ are a Great Power Trio!

This really is a fantastic album.  You don’t have to be an old Chumba follower to love it and you don’t have to be a middle-aged former punk to appreciate it either ( but it does help…)  It is an emotional, funny, stark, honest work that succeeds as a stand alone work of autobiographical rage and self-analysis…. that you can dance to*.

I can’t wait to see them live.

And I’m hoping ‘The Meek Will Inherit Shit’ becomes a t-shirt slogan!