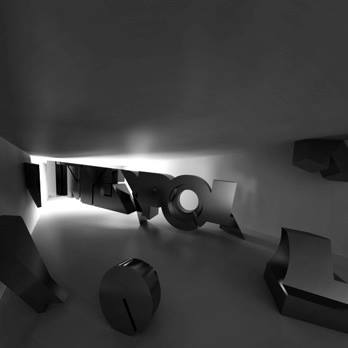 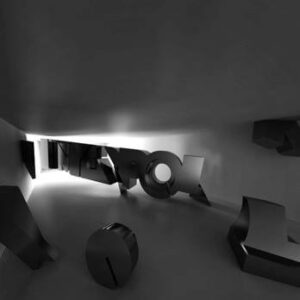 Last night Interpol made their long awaited live comeback at an intimate venue in Newcastle and gave the excited crowd some new material to excite them in anticipation of their upcoming fifth album. Louder Than War’s Dan White was one of the lucky few who numbered the audience.

Forget the big arenas that the band are used to playing in front of and will be doing so again as they headline this year’s NME tour, the Riverside Venue next to the Tyne was a warm-up gig to cherish for the few hundred fans.

Expected on stage at 9:15pm but being fashionably late by coming on stage just before 10pm did not displease the crowd at all and they were certainly worth the wait.

Paul Banks was enthusiastic during the set and rolled off Say Hello to the Angels, Evil and C’mere to begin the gig before telling the crowd he loved them. He then jumped into their new song, My Desire, which already felt like a crowd pleaser at first listen and in classic Interpol style with the heavy bassline.

Two further new songs, Anywhere and All The Rage Back Home also featured on the setlist, giving the audience a glimmer as to what they can expect. The evaluation from the new songs is more of what we have become accustomed to hearing throughout their career will be on their latest offering.

Paul Banks has an infectious voice and one you can only compare to Ian Curtis, even his style on stage while in Newcastle was similar. He regularly grabbed the microphone to hold it near to him with both hands when not playing the guitar and he gave the audience exactly what they wanted to hear – classic songs.

The iconic New York band certainly did not disappoint the crowd and finished the first set with the fast-paced, brilliant, audience pleasing Slow Hands before dashing off stage to shouts for more.

And of course, they did not disappoint coming back on stage and performing Lights and Stella Was a Diver and She Was Always Down before announcing that really was it after a 16-song setlist.

The Newcastle gig may have been Interpol’s first live gig since 2011, but it certainly did not show. The set was tight, as were the vocals and the Geordie crowd went home happy and with great anticipation of the long awaited fifth album.

All words by Dan White. More writing by Dan on Louder Than War can be found here. Dan’s also on Twitter as @DanWhitepr.