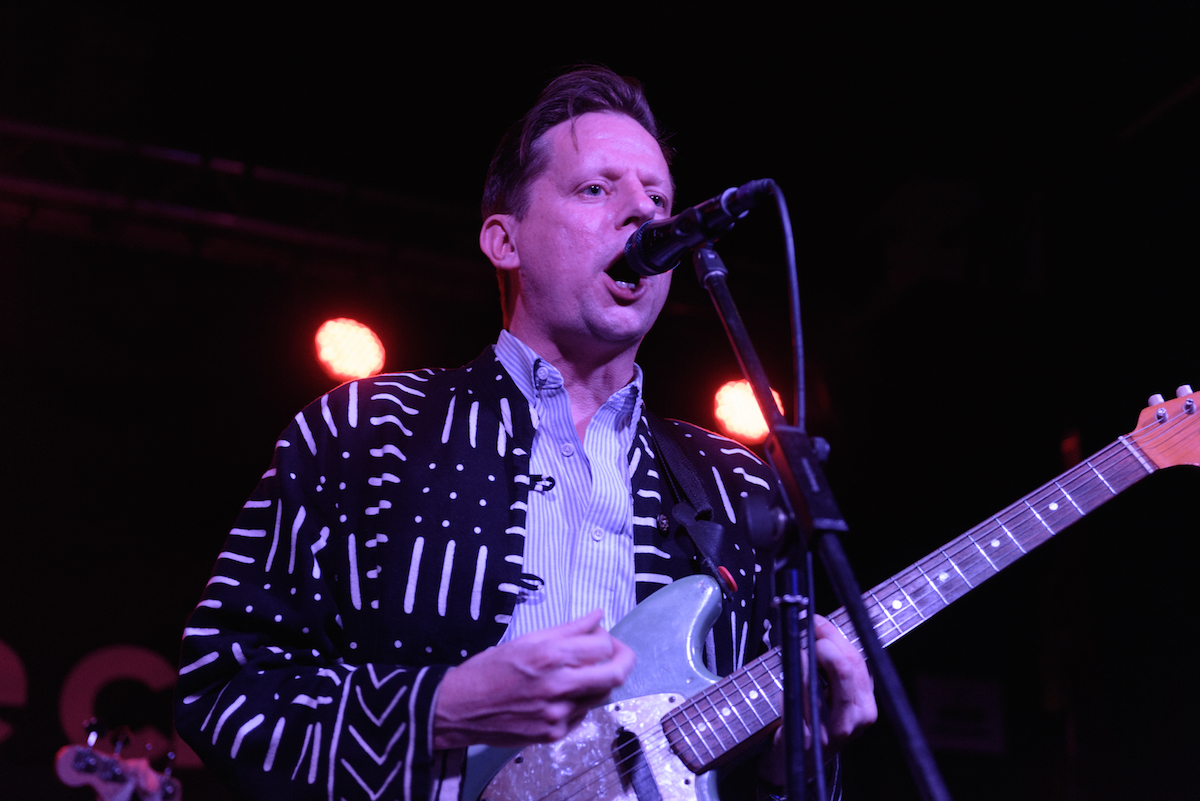 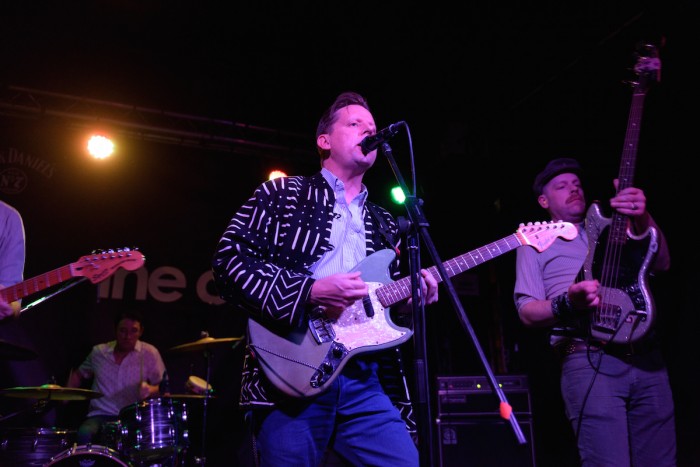 Its rare that such a band would stop in Newcastle, increasingly US bands seem to play three maybe four dates in the UK and then they disappear again. However, tonight marks the start of a number of rare treats as The Intelligence roll into town, originally put together by Lars Finberg of the A Frames and Thee Oh Sees. They’re currently touring their eighth album Vintage Future.

Tonight they’re amply supported by two of the finest acts Newcastle has to offer, first up are Tough Tits. This trio initially taking everyone by surprise with their fairly unassuming look as they burst into this tirade of screeching punk rock, packed with hooks and exuberant vocals. With the added bonus of one of the weirdest microphones we’ve seen in a while, this vintage telephone handset certainly baffled us. However, their set was over all too quick for us but they set the bar high.

With Calf taking things at a slightly slower pace, it was no less exciting with heavy nods from America’s alternative indie scene it was a consummate set. However, it didn’t live up to the excitement and enthusiasm of Tough Tits, and with the band running over, it left less time for everyone to enjoy tonight’s headliners. 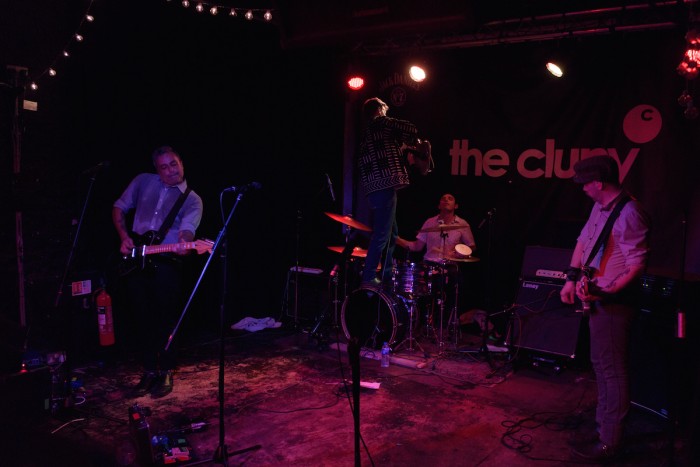 The Intelligence take this in their stride though and set about taking things back up a notch, short sharp blasts of perfect garage rock follow blow after blow every track a dancefloor filling hit. As the band steal riffs from instantly recognisable tracks in this relentless onslaught of hit after hit, with little time for breath the band power through their set.

We spend almost the entire set though mesmerised by guitarist Davey Hernandez (The Shins, Big Business), his high kicking antics accompanying his ruthless guitar playing have the crowd in awe. Their whole set is played at breakneck speed and despite Finberg barely moving away from his microphone he saves the best until last as he rounds out the evening atop the bass drum in what is a raucous end to an insane evening.

The Intelligence well and truly lit up the Cluny tonight in their own inimitable style, their tight rhythms and excited vocals making for one of the finest shows we’ve seen in ages.

~
The Intelligence can be found online here theintelligenceband.com. They’re also on Facebook.