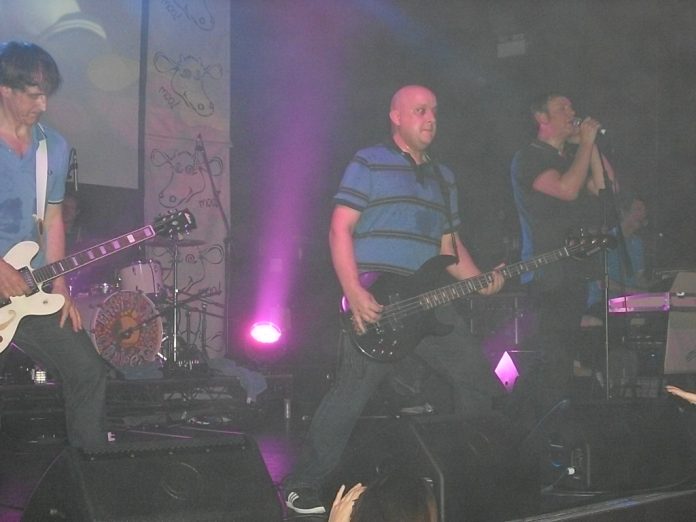 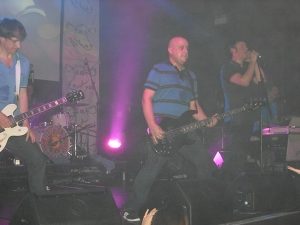 Over a 34 year period I have seen literally thousands of bands in hundreds of venues, across at least a dozen countries and on three continents ”â€œ however I had yet to witness Inspiral Carpets, which seemed odd considering they rose to prominence just 40 miles up the M62 in Oldham. That said it was the early 80’s, and the now fondly remembered rivalry between Liverpool and Manchester was very real; gigs for Liverpool lads in Manchester could be risky, and why bother? We already had The Bunnymen “the greatest rock ”Ëœn’ roll band in the World”Â ”â€œ well according to a certain Mr McCulloch.

Then the oddly monikered Inspiral Carpets went and turned themselves from a garage punk band into a garage tinged bona fide pop group, bundled along with the much hyped ”ËœMadchester’ scene ”â€œ we still had The Bunnymen, and so somewhat shamefully I ignored the Carpets ”â€œ until now, when I find myself stood in The Ritz, Manchester ”â€œ one of the best live music venues in the country; despite its size it retains a certain music hall feel, there is rich musical heritage within the very fabric of the building; wherever you stand you are afforded not just a great view but also an intimacy with the performer ”â€œ tonight its rammed, the faithful out in force to welcome the return of Oldham’s finest; Above the stage a countdown timer is projected onto the Cow logo framed backdrop, helping to build the anticipation ”â€œ as the clock displays ‘00.00’ Clint Boon led the band to the stage to be greeted variously by chanting of “Boon Army”Â and 1000’s expectant “Mooo”Â noises!!

And then the party started… returned front man Stephen Holt jostling for position with bassist Martyn Walsh who from the off was chucking rock god poses Hooky would of been proud of ”â€œ flanked by guitarist Graham Lambert and Farfisa maestro and vocalist Clint Boon, at the rear Craig Gill beating out a perfect driving rhythm ”â€œ the crowd respond in turn, arms raised spread wide singing along for all their life’s worth.

The set covers everything from very early Holt composed numbers like ”ËœHead For The Sun’ to chart hits ”ËœJoe’ and ”ËœShe Comes In The Fall’ ”â€œ Holt himself seemed entirely comfortable as the returning front man, and he is clearly not there to replace Tom Hingley; he delivers the songs with a new level of aggression ”â€œ stood atop the monitors encouraging the frantic mosh pit below him, all the while keeping a careful watch on Walsh who is pin-balling across the stage with an ever increasing gleeful grim across his face.

As each song ends the crowd continue with the “Boon Army”Â and cow noises ”â€œ Boon himself at times struggling to be heard above this impromptu ragbag choir; he takes the opportunity to thank everyone for coming to remind them “Manchester ”â€œ the best fuckin city in the world”Â before dedicating ”ËœThis Is How It Feels’ to the maternity staff at the local hospital who delivered his child only last week.

Above the band the semi psychedelic backdrop displays a sort of timeline of the lads, a few interesting haircuts on those photographs interspersed with iconic images from the bands career and the times in which they have lived; Boon himself cocking a look over his right shoulder before returning to the job in hand ”â€œ hammering that Farfisa organ and producing the Carpets trademark sound.

This is a band who after nearly 30 years are at the top of their game, and clearly loving every minute of it ”â€œ and so they should; this was a celebration ”â€œ there was little division between performer and crowd, both need each other in equal part and both delivered in full, which only really left room for encore ”ËœSaturn 5′ ”â€œ a magnificent, raucous fanfare;

I don’t think I will leave quite so long to see Inspiral Carpets next time!