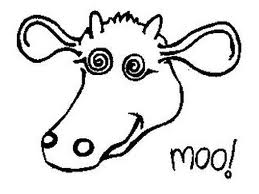 Inspiral Carpets today re-release their 1988 demo cassette, Dung 4,  the catalogue number of the original release, my fading memory forbidding me from remembering what Dungs 1-3 were. Back in the day it sold 8,000 copies on cassette!

Just after this was recorded Clint Boon gave me a handwritten cassette of the songs well before its release and it captures a moment in time from a great underground Manchester band – 11 garage tunes, most of which would later be released in different, more expensively recorded versions, some with a different singer.

Clint recorded this album himself in Guide Bridge Mill, Ashton-Under-Lyne. The mill is still there, the old Inspirals rehearsal room long vacated. I went in a couple of times and I’ve never seen such a small rehearsal space to this day, there was barely enough room to fit the band in. Next to the band room, Clint had another small room with his recording equipment in. It was in these two small rooms that the band recorded the songs on this release. Amazingly the production sounds great after all these years.

So, to the songs. Debut single “Garage Full Of Flowers” is there in a totally different version, it’s fast and jaunty; their third single “Joe” is present with a spoken word intro from drummer Craig Gill that’s  missing from the better known version. There’s a version of ? And The Mysterians’ “96 Tears”,  recorded before The Stranglers had a hit with it. “Inside My Head” and “Seeds Of Doubt” are fast and hard, whilst “Sun Don’t Shine” is a beautiful organ-led ballad, later recorded in an inferior version for the band’s debut album “Life”. “Theme From Cow” is an absolutely brilliant short stab of organ-led pop that I remember singer Ste Holt telling me was “an instrumental with words”. When you hear it you’ll see what he means. “Butterfly” is a slightly less anxious version of their second single. “26” and “Causeway” were the last songs written before Holt left the band and are slower, more reflective.

Alongside Dung 4 there are four bonus tracks from the band’s previous “Cow” demo cassette. Largely unheard, they capture a slightly harder Inspiral Carpets sound. “Head For The Sun” is fast, hard and angry, driven by Graham Lambert’s frenetic guitar; “Now You’re Gone” is 60s psyche, “Whisky” is a fast punk/pop organ ode to drinking which sometimes ran away with itself live containing the classic lyric “Even though you’ve had 12 pints Nikki Lauda couldn’t give you a race”. The final “Love Can Never Lose Its Own” is another fine stab at 60s psyche, all fantastic stuff!

There are some rather good sleeve notes on the release – ex Oldham Athletic manager Joe Royle remarks that “I enjoyed the strong organ influence and slight Buzzcock tendencies”. Each band member contributes their memories of recording the EP and there are lots of photos from the time too.

If you’re a fan of the early Inspiral Carpets this is a must must buy. It’s released by Cherry Red on CD and 10” Vinyl, with the “Cow” EP on a bonus 7” single.

All words by Alex Staszko, who reviewed the CD version. Find his Louder Than War archive here.