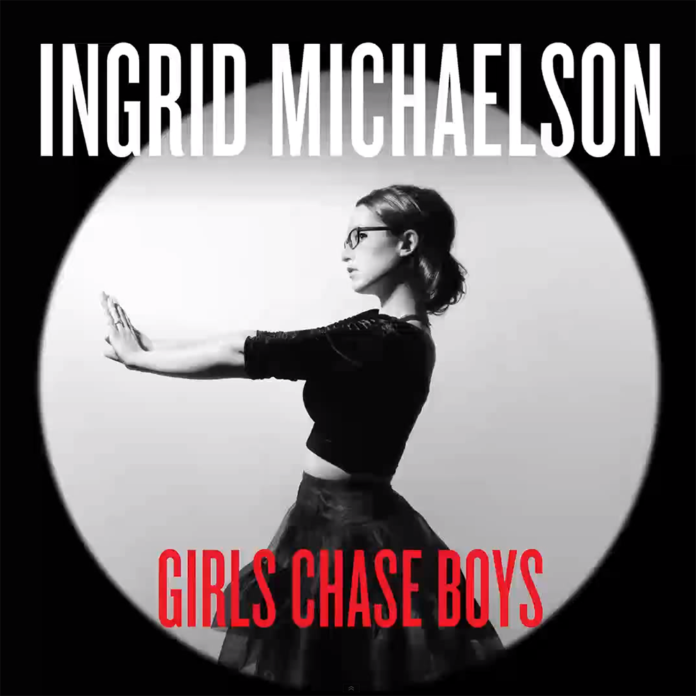 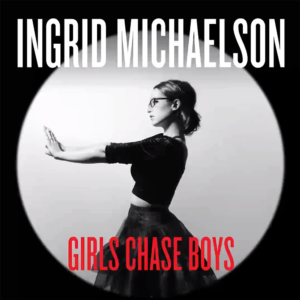 In the past two years, Ingrid Michaelson has been catapulted from “indie-pop sweetheart” to a bona-fide pop star. For Louder Than War Fat Gay Vegan reviews her latest single.

The UK pop charts can be a dreary place.

Powerhouse mainstays such as Adele, Ed and Sam sure bring the all-conquering hit songs but where’s the fun? I’m happy they get to use music to manage their emotional journeys, but I like a bit more bounce with my melancholic pop.

Enter US indie pop performer Ingrid Michaelson to save the day with her latest single, Girls Chase Boys, lifted from her fifth studio album, Lights Out.

We like to believe technology has us living on a small planet where every US splash in the pop ocean causes instantaneous ripples on this side of the pond. However, Ingrid Michaelson has managed to build a solid career in the USA (her summer tour is strung out across sold out venues holding between 5,000 and 10,000 concertgoers) while maintaining a relatively low UK profile.

Of course, keen pop observers know of Ingrid on these shores. Her irresistible hits Be OK and The Way I Am didn’t go unnoticed, while Cheryl was still calling herself Cole when she roared into the top ten with the Michaelson-penned Parachute.

As you can see, Ingrid has pop credentials by the bucketload and Girls Chase Boys only adds to her arsenal.

Like any pop song worth its weight in digital downloads, Girls Chase Boys announces its intentions to get stuck in your brain by kicking off proceedings with the chorus. That’s right. This track isn’t messing around as it launches itself into the universe with its catchiest moment. It’s as irresistible as all get-out and it wants the world to know in a hurry.

Girls Chase Boys is a song for serious music lovers who demand their bubblegum pop underscored with a certain sense of knowing heartache. You get the lyrical hooks, the bouncy beats and the cute melody without sacrificing your indie music credentials. It’s dead fun to listen to and the person singing it displays depth, emotion and world-weariness. In no way will you feel guilty for gorging on this track.

Michaelson is a smarter, more-knowing version of Katy Perry. She has delivered a complete corker of a pop song without relying on hyper-sexualised imagery dressed up as self-determination. The music video for Girls Chase Boys further supports this by turning gender signifiers on their head. Watch below and you might just struggle to instantly recognise who is a ‘boy’ and who is a ‘girl’ in this Robert Palmer homage.

You can find Ingrid Michaelson online here: ingridmichaelson.com. She’s also on Facebook and on Twitter as @ingridmusic.