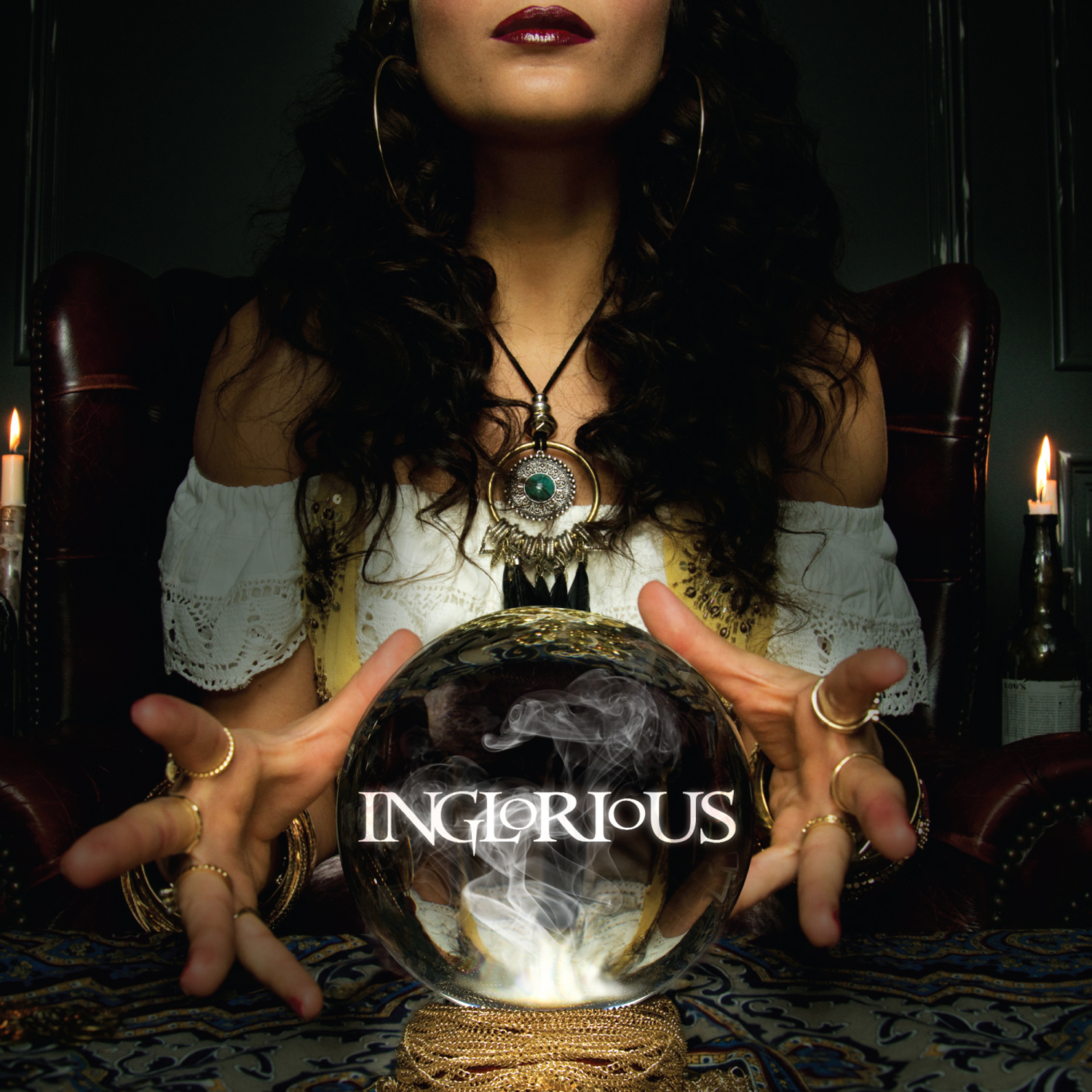 The debut album from a band who come tagged with the label (or is it a curse?) of being  the next big thing,  the great white hope for classic hard rock. Those halcyon days when we had real guitar heroes  and good old hard rock was king  might be on the way back.

Especially when you hear the rasping organ and rapidly approaching snare which constitutes the opening minute of ‘Until I Die’ and fear you’d put on Deep Purple’s ‘Machine Head’ so similar is the intro to ‘Highway Star’. Regardless, it’s a classic opening which trumpets and heralds a set of songs which wear their heart on their sleeve and owe much to the days of the enormo rock bands who roamed the earth in the seventies. Songs which are sounding huge  and evoke triumphant fist  punching are the order of the day. While the likes of Whitesnake, Def Leppard and Deep Purple still do their best to churn out the goods, or at least their greatest hits if nothing else, there are bands like inglorious who are still celebrating the tradition with their own brand of modern melodic hard rock.

Fronted by Nathan James, a classic frontman if ever there were one with a track record which has seen him adding his golden throated tones to Trans Siberian Orchestra and Uli Jon Roth’s band, Inglorious lead  the way with the good old fashioned values  of playing live and loud. No auto tuning,  double tracking or in studio trickery for these guys whose philosophy is about capturing the  raw material in an organic fashion – incredible to say it, but even with all the band, shock – horror,  in the same  room at the same time.  Even going so far as to not just  record but also to  bunk down for the night  in the studio, guitarist Wil Taylor talks of using his Marshall stack as a headboard – how rock and roll is that, as well as possibly setting a new trend for rock fans to pimp their crib…

Adding Swede Andreas Eriksson on lead guitar is the icing on the cake although labelling his partnership with Nathan James as 2016’s version of Toxic Twins might be pushing it a bit to match messrs Tyler & Perry. Having said that, musically they are a great combo  and James certainly has a set of pipes which he doesn’t hold back from pushing to the limit. But the rub comes down to the question of how the songs sound.

Having established that there’s a little bit of purple in the colour palette, second track in,   ‘Breakaway’ sees James and the band pull on their ‘Snake shoes. It has to be said that it’s perhaps not the first moment on the record when there  are moments which are going to see fans recall names and sounds  from the memory banks.  They do offer up some variety and genuinely rousing songs with the stomping open space of ‘High Flying Gypsy’;  perfect  for that live  ‘in concert’ moment – the bass/drum groove all geared up for audience participation moment and the clarion call which is the title track easily fits the heroic flag flying banner, all exhilarating and epic. There’s some nice slide featuring on ‘Warning’ and they tick the gentle acoustic ballad box with ‘Wake’ whereas ‘You’re Mine’ has that Whitesnake-styled  characteristic of call and response between vocal and band.

What the gypsy on the album cover  sees in her crystal ball – whether they are indeed the future of Great British rock and pick up and carry the baton from those who have gone before or whether they’ll feel the pressure of expectation, their musical evolution will tell. What’s massively in their favour is that  they sure sound like they are going to give it a damn good shot or go down fighting.

Watch Inglorious performing ‘Until I Die’: