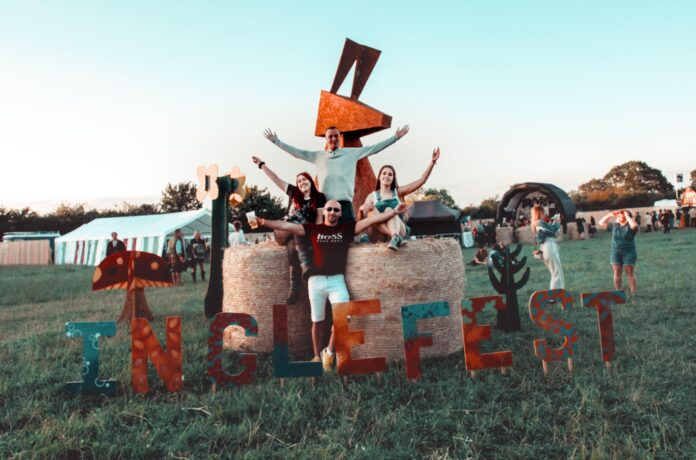 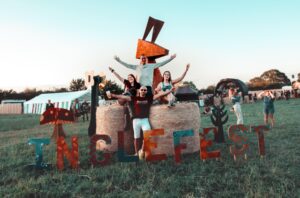 If you were planning a staycation this August, why not consider Inglefest instead? Some media dullard decided at some point in the last year or so that ‘staycation’ meant ‘taking a break in the country you actually live in,’ rather than spending your holiday time in your own home (its actual meaning). Whoever was responsible for that minor assault on the English language also seemed not to appreciate that having a few days away in the UK is entirely possible, massively normal and potentially a lot of fun.

Inglefest is just the sort of hidden gem that harnesses the best of British summer weekending. It’s basically camping with benefits (not like that). Camping where the main focus is great music and joyful company, rather than the normal camping focus of inter-generational bickering, burnt barbecue fare and interminable games of Swingball.

Bringing the green and pleasant fields of the South-West alive with the sound of music, Inglefest draws upon the best local talent to put together their three-day programme. You could easily go all League of Gentlemen and declare it a ‘local festival for local people’ on that basis, but bearing in mind that the main musical community from which it draws is that of Bristol, then you might just change your tune. There are rich pickings on offer.

Plus it’s priced very accessibly for both individuals and families, with adult tickets ranging from £30 to £60 depending how long you want to stay.

It all began in 2013 as a post-Sixth Form party. By this stage, in 2021 it’s matured into a well-loved local fixture. Clearly if something is fun, why stop doing it? 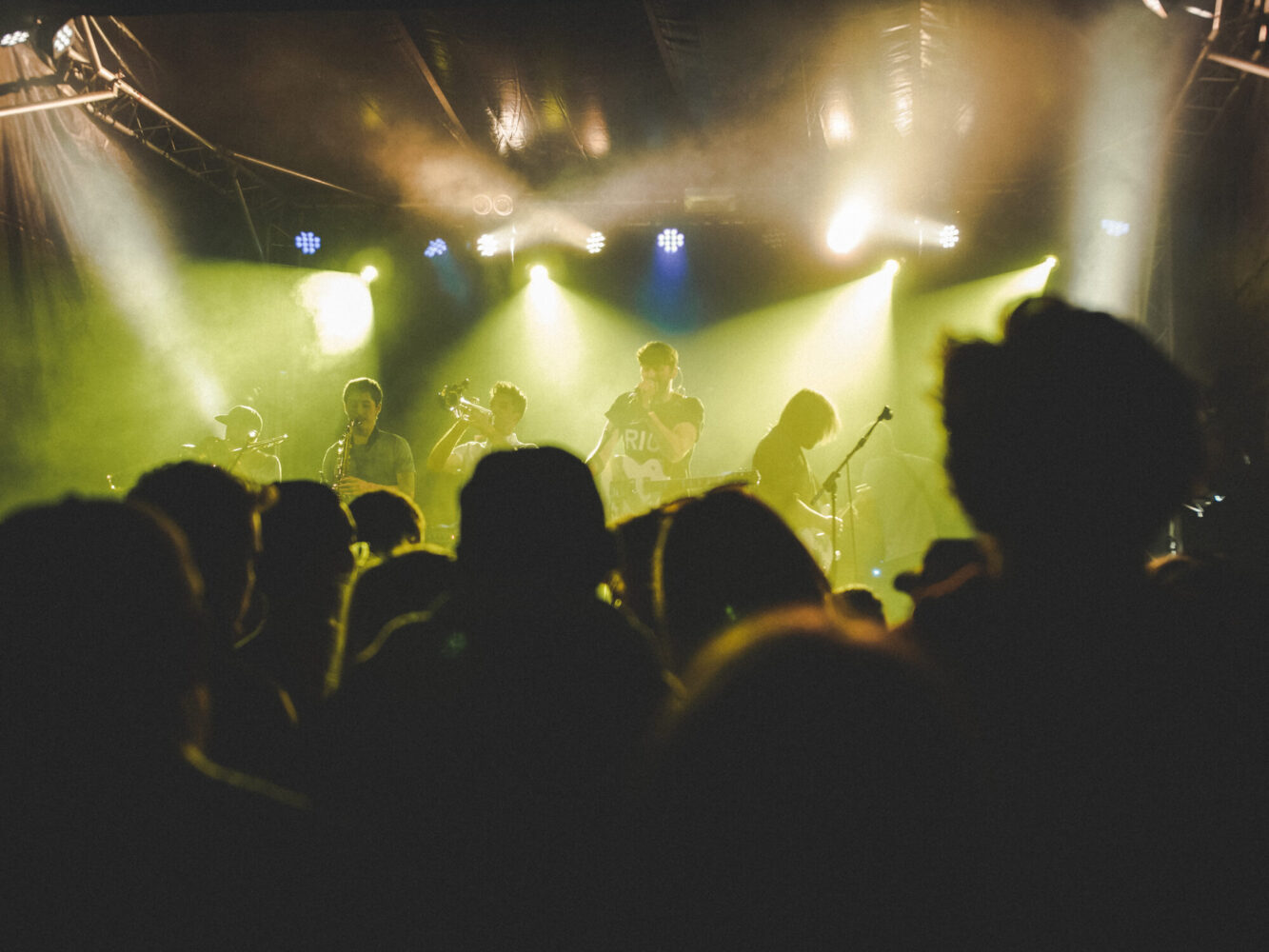 Ten artists to watch out for at Inglefest:

Dave Huntriss – Sunday – A multi-instrumentalist who has been in demand in various musical combos, Dave Huntriss has also fronted The Malago Ballroom in recent years. Lockdown brought him to some solo bedroom pop action, with tracks like Bewilderness and Dreams About Rooms. You’ll also see him on brass in Nicholson Heal.

Dogeyed – Sunday – They sound like they ought to be shabby, but apart from being sonically fuzzy round the edges, this lo-fi alt-rock three-piece is as sharp as it gets. Hopefully someone will be drinking kalimotxo in the audience when they play the song of that name. If you’re not enlightened on what that drink entails, get Googling.

Eli Carvajal – Friday – Eli Carvajal’s quiet indie-folk is hugely redolent of the open air. Much as they’re used to rolling cheeses down hills in Gloucestershire, it’ll have you thinking of José González and that San Francisco hill with thousands of coloured bouncy balls descending in slow motion. See if you can remember what was being advertised without looking it up.

Nicholson Heal – Friday – It’s not an exaggeration to call Nicholson Heal’s 2018 album Big Jupe one of the albums of that year. The six-piece band makes optimal use of the layers that six players can provide to produce lush soundscapes. You might feel the need to hug a stranger during this set. If you do, maybe check with them beforehand…

Immy – Saturday – Another artist whom you need to see twice this weekend, Tim Rowing-Parker will not just give you bass and bonhomie in Dogeyed, but they’ll also step into the spotlight as Immy. Take one listen to Anyone, Anywhere and you’ll want to be somewhere listening to someone specific on Saturday.

Miss Kill – Friday – Most of the time when siblings make this much noise, something gets broken and someone gets told off. Alannah and Felicity Jackson make a glorious garage-rock racket with guitar, drums and vocals. With the howl and growl of Hole and the heft of Royal Blood, they’ll bring the mosh factor to Friday.

Kate Stapley – Friday – “Can’t say I’m proud of my behaviour,” has often been the penitent morning after declaration of many a festival-goer, but hopefully we’ll get to hear Kate Stapley sing it on One Of Those Girls. She’s guaranteed to ramp up the emotional intensity on Friday evening, but in a far better way from how that process normally goes.

Rosehip Teahouse – Sunday – Another band that’ll give you rich sonics, Rosehip Teahouse should give you Cocteau Twins, Sundays and Cranberries chills, if you’ve been around the sun enough times to go with those analogies. If not, just rest assured they’re bloody good. Think Fazerdaze and Beebadoobee, with an additional swoon and a swirl.

Rozelle – Sunday – Rozelle’s set is definitely one for the pop-pickers, but it’s thoughtful and crafted pop. There are moments, like on 2021’s Humanity, when they start to make you think of Massive Attack. And scheduling a band who released an EP this year called I Was Too Late as the penultimate act of the weekend shows a certain sense of humour.

Run Logan Run – Saturday – The British nu-jazz movement has been around for a sufficiently long time now that it probably needs a different word to misspell before ‘jazz’. The movement has gathered such momentum, though, because of the irresistible force of bands such as Run Logan Run – tenor sax and drums at their most propulsive and compelling.

OK, so we’ve got eleven artists in our ten to watch, but with artists doubling up earlier (soloists from within Dogeyed and Nicholson Heal) and the fact that the whole line-up looks worth a watch, here’s one more. 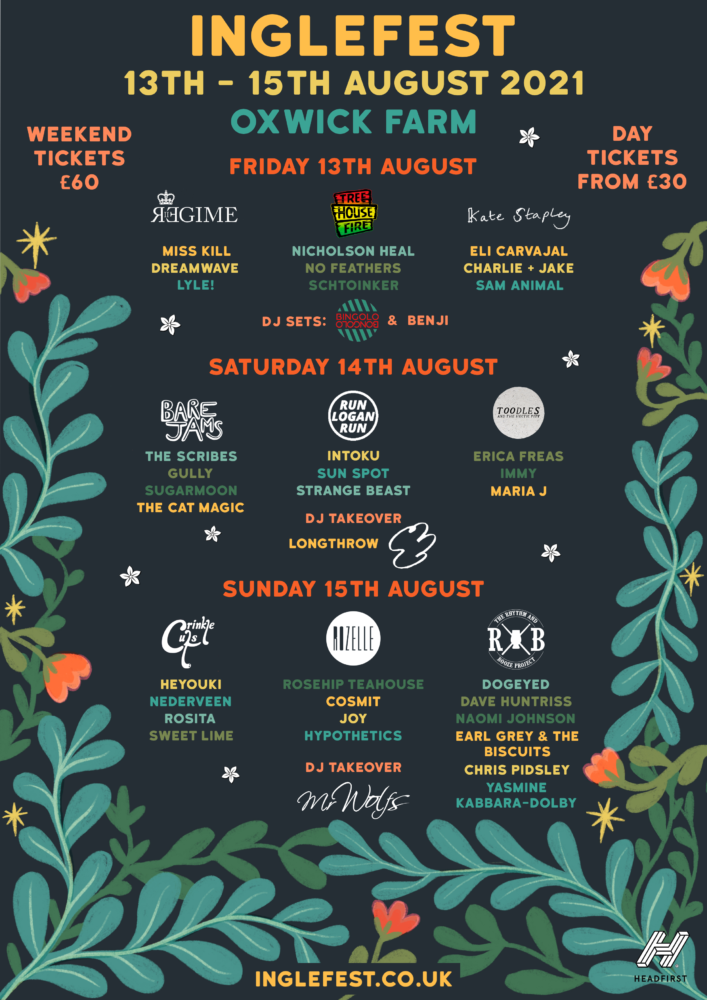