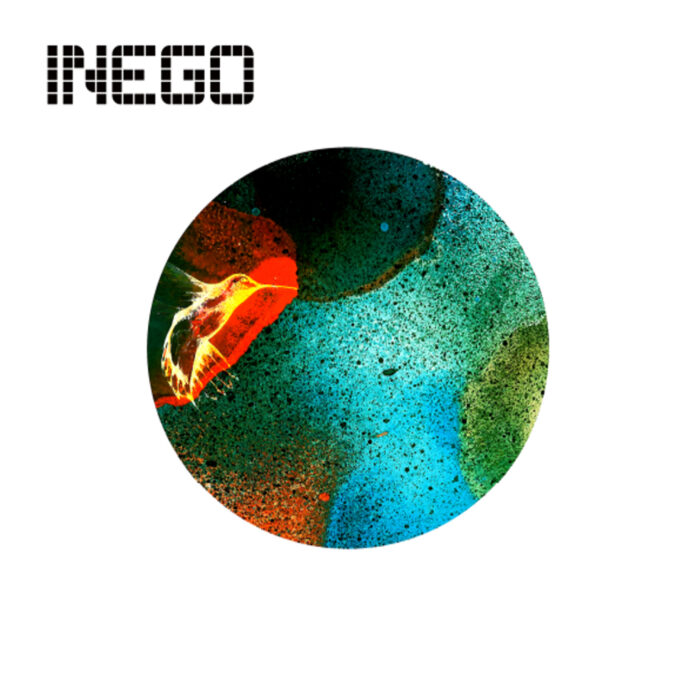 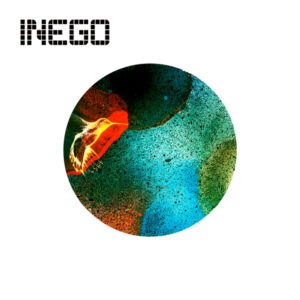 One of Manchester’s best-kept secrets, INEGO, finally deliver their debut album, Departures, having honed their craft over a number of years and released a number of singles. Ian Corbridge is on hand for Louder Than War to absorb the eclectic and diverse sounds that have been channelled from the City’s immense musical heritage.

INEGO first announced their presence with their first single back in 2011, which now seems like a lifetime away. In fact, many would argue 2019 seems a lifetime away as we trudge through the mire of the social inhibitions and restrictions that have become a feature of our lives throughout 2020. Since that single, there is little doubt that the band have spent many hours honing their craft both through studio time and sporadic gigging as time and opportunities have allowed.

Throughout the ups and downs of this last decade, INEGO have enjoyed support slots with the likes of Slow Readers Club, Twisted Wheel and Tom Hingley. More importantly, they have been developing their own unique brand of what they might describe and anthemic leftfield dance rock with indie, pop and disco funk sensibilities. On the evidence of what we have here I for one would find it hard to disagree with that.

Also worth noting is the fact that having had the support of their loyal fan base to launch a crowdfunding campaign in 2019 for this album, the band were able to engage the services of acclaimed producer Gavin Monaghan who has worked with the likes of Editors, Robert Plant and The Twang. So, when all this comes together, you know they must be onto something good.

The album is bookended with the theme of I Know How You Feel. The opener, Je Sais Ce Que Tu Ressens, is sung in French aside from the distant refrains of the title in English. The stated intention here is to distract you away from the lyric and to focus more on the vibe and sounds coming from the whole aural experience. And it works. As I work my way through the album and come out the other side it all starts to make perfect sense.

As the needle starts to make its way through the bright orange grooves, you are immediately immersed with an almost hypnotic quality to the sound along with what feels like some eastern influences overlaying it. The hypnotic dance beat immediately transports you back to the lofty confines of the Hacienda back in the early ‘80s and almost into another dimension beyond all the troubles we currently find ourselves immersed in. Right now, that feels just fine.

I Need Your Love, the first single from this album, continues the dance theme underpinned by a funky bassline Nile Rodgers would be proud of and backing vocals which bring a whole load of soul into the proceedings.

Realise It’s You is the oldest song out of the bunch and explodes into life right from the off. It has a chorus line which I can best describe as euphoric such that it would lift the mood of all of those around you. Whilst the concept of the album was a distant call when this song was created there is little doubt that the feel-good factor fits perfectly with all those songs that were to follow.

Phoenix Arizona, another single from 2018, seemingly came to life from a chance reference to an ancient Tibetan incantation in a book by Ram Dass, ‘Be Here Now’. Ram Dass was an American spiritual teacher and this seminal tome dating back to 1971 was cited as a major influence in popularising Eastern spirituality over the decades that followed. The animated video that accompanied this single has more than a nod to the cult Grant Morrison graphic novel ‘The Invisibles’. As the song directs you to ‘lose yourself to music, lose yourself to dance’, there is little doubt that it has already worked for me.

Can You Feel really wants you to focus on the here and now and shines with all the subliminal presence and spirit of New Order. It does not come as a surprise that Bernard Sumner’s guitar is used on this album. With tight syncopated drum patterns championed expertly by Pete MacKenzie Hodge alongside the driving rhythmic bass lines of Stefan Guttel, there is no doubt that this is a band that have found a sound and style to suit their optimistic outlook on life. Together with Toby Belshaw on vocals and guitars and Dan Myers on guitars, they are now proving themselves to be a formidable outfit which deserves a fan base far beyond the north west of England.

We’re Coming Up carries on the dance theme augmented with great sounding horns which are carried through into She Don’t Care, a song born in the back seat of a car on the way back from one of the early album session at Magic Garden Studios in Wolverhampton. Beyond Starlight is also heavily driven by the horns and by this stage I am totally absorbed by how this fusion of dance, funk and dub penetrates the soul in a way I never thought possible and certainly never saw coming.

Somewhere In The Stars is a more acoustic number which could easily sit in any Noel Gallagher or Tim Burgess songbook. It was the last song written for the album and influenced once again by an overwhelming sense of positivity. It conveys how anyone meeting someone who came from beyond the boundaries of our own world would tell them what amazing potential existed on earth. This is certainly a big shout at a time when much of life is enveloped in relative isolation but is definitely a message we should all cling on to.

IKHYF (Die Fledermaus Dub Mix) reprises the mantra running through the opening song with the spirit of Jah Wobble running through it. The song alludes to taking our dreams and making them real, with reference to a sense of normality that currently feels a lifetime away but which we all hope is now not too far around the corner. As the song and album draw to a close I’m left with the overwhelming feeling that I’d love it go on a lot longer. 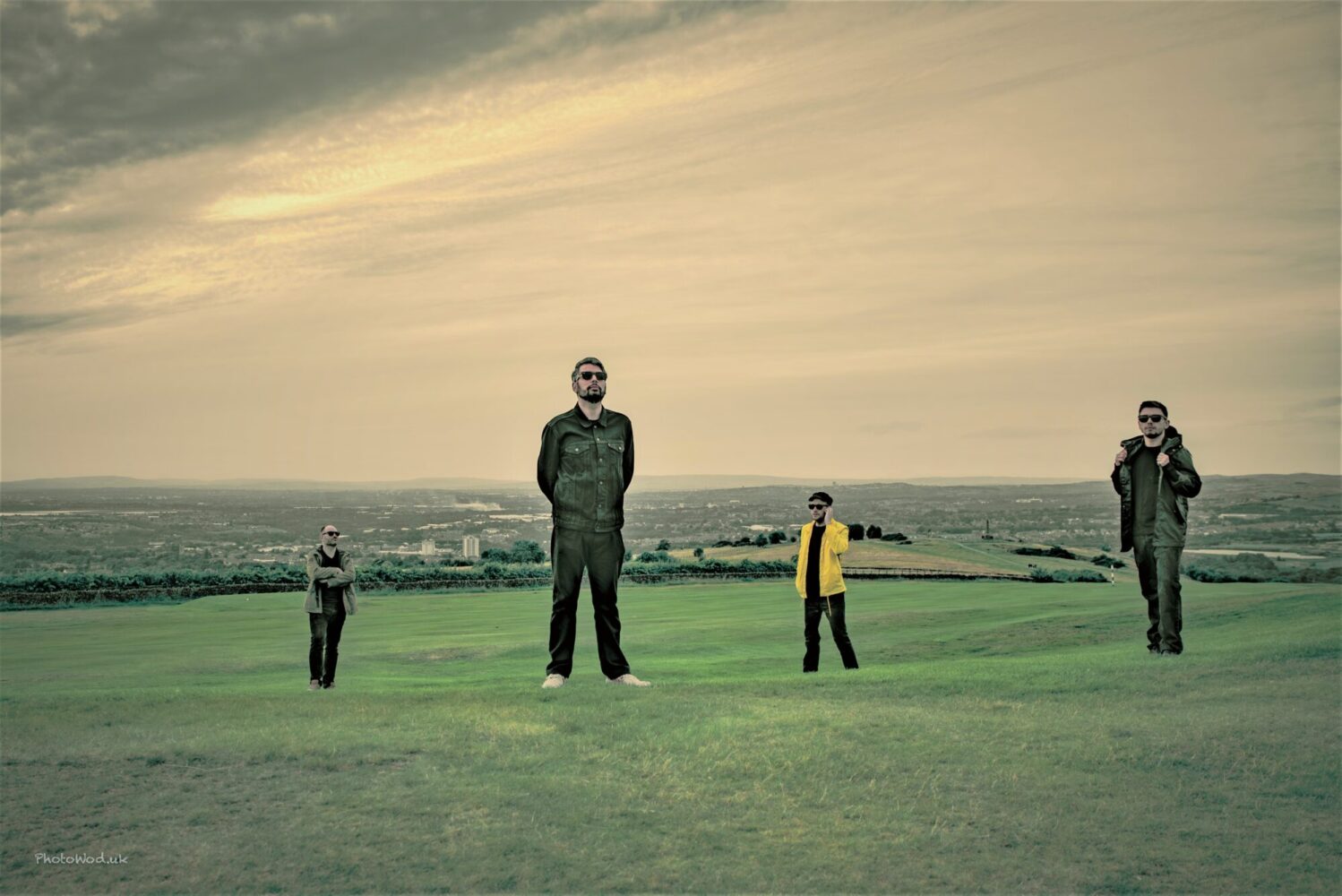 There is little doubt that INEGO have collectively drawn on the musical heritage that inevitably surrounds them in Manchester. But, whilst there are shadows of the likes of New Order, The Charlatans, Daft Punk and Chic, these have all been fused into a very rich tapestry of sound that makes it their very own.

Departures is an album symptomatic of a band that have been honing their craft over a considerable period of time and that is something I can testify to, having seen them in a live environment. Their sound embodies an overwhelming feeling of joy and freedom at a time when both are in desperately short supply.

INEGO have produced an album which will truly lift your spirits in these darker times with an underpinning sense of positivity that we will all return to the dance floor in the not too distant future and that all will be well again. Let’s face it, we all need that good feeling, so embrace it whilst you can! It’s just great to know that this particular Manchester secret is now out.