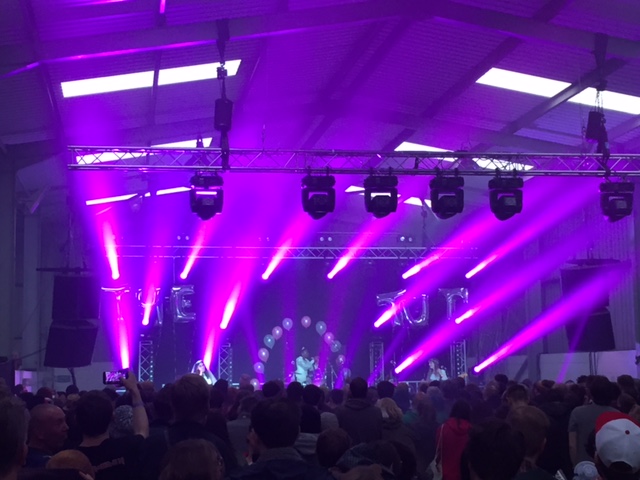 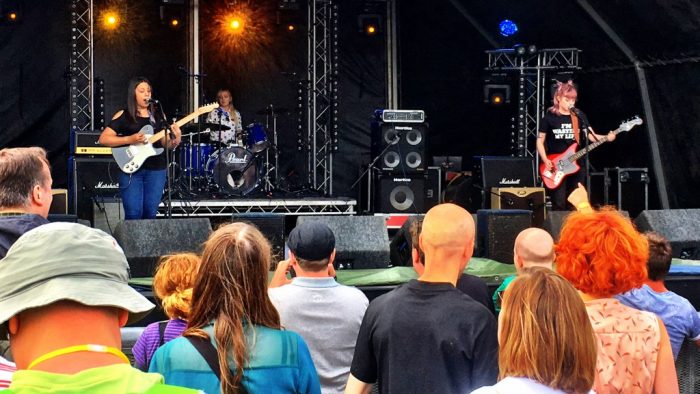 One of the best small festivals on the circuit Indietracks Festival never fails to be short of magical, says Features Editor Sarah Lay who was there this weekend to take in the best of the indiepop scene.

If you look down the line-up you might not immediately pin Indietracks as a punk festival, but in ethos if not in sound that’s certainly what it is. It’s a festival assured of its own identity, a valued and valuable part of its scene, and for the eleventh year running it proved again this weekend why it is one of the best small festivals on the circuit.

Happily sat on an indiepop branch line from the ubiquitous and busy corporate indie festival mainline Indietracks takes place at a heritage railway in the heart of Derbyshire’s countryside. Each year we write of how boarding the train (whether it be the steam or the diesel) and taking the short ride between verdant cuttings, past rusting old carriages, and alighting at the festival site behind the old station gives it a magical field. You are lifted from modern life and are struck by the liberation of being at once removed yet belonging in the community of railway volunteers and music fans which create this festival for one weekend every year.

It starts this year in the rain – not that it’s a big deal for the festival who have the benefit of two indoor stages as well as the main outdoor stage – with Kid Canaveral, Chorusgirl and Martha opening the festival. These are bands which have grown alongside the festival, from labels which have been an intrinsic part, and there is a sense of pride as much as being entertained by their sets. This is less a scene and more a community, bands, labels, gig-goers – all enthusiasts and supporters of each other.

The sun shines throughout Saturday as people laze on the grass in front of the main stage and amble between the corrugated church stage, the sets on the vintage trains, and those two larger stages. They stop to cheer at the can crush (seriously – if you want to gather an enthusiastic crowd throw down and flatten some cans!), to pet the owls and parrots, to take in a workshop in zine making, crafts or conversations with bands, and they peruse the records, cassettes, the patches and pretties in the merch tent. It may sound painfully twee to some, but to many it’s a gentler pace backed by strongly held values.

Diversity occurs naturally on the line-up, which alone sets Indietracks apart from most of the festivals around right now. And as Emma Kupa – of Standard Fare, Mammoth Penguins and now the Indietracks organising team – says, for some of the bands playing it may be their only experience of a festival, because they don’t quite fit with the mainstream’s narrow appetite. While being the festival’s strength, the tight links with a smallish scene does mean that year-on-year the same bands pop up on the line-up, but they throw in enough newcomers to keep it interesting for repeat visitors too.

Pillow Queens, Crumbs, TeenCanteen and a stand out performance from Peaness make for a great Saturday afternoon. The Chester three-piece are playing the festival for the first time and their close harmonies, and witty lyrics sound perfect on the main stage. A crowd gathers and there is dancing and singing to Oh George! and forthcoming single Ugly Veg (out on the Alcopop! Records label), and I’d fully expect to see this band returning to the festival in future years.

The evening brings us Hayman Kupa Band – a unity of Indietracks royalty that packs a crowd in the engine shed – playing songs from their recently released album of duets. The jangling, ’60s pop sound, echoes in the building but sounds wonderful all the same. Frankie Cosmos brings some delicate vocals as the magic hour begins behind the main stage, the sun sinking lower in the sky as the street lamps along the platform begin to flicker to life.

Joanna Gruesome bring something heavier and a more direct link between the ethos and the more recognised sound of punk. Another band that have grown with the festival, they own the larger indoor stage tonight when a few years back they were filling pews on the small church stage. Classic indie rounds off the night on the main stage as The Wedding Present play, a stunning vibrant sunset behind them.

Sunday hits its stride straight on with sets from Maybe Don’t, Suggested Friends, Cowtown, Charmpit, Personal Best, and The Just Joans. As the rain starts a rainbow of kagoules streaking between stages to catch a rousing set from Grace Petrie, the large crowd singing along to her folk punk songs with a social conscious. She’s followed by the last ever performance from Sheffield indie darlings Monkey Swallows The Universe, emotion packed the appeal of this band hasn’t faded with time and it’s with a tear in the eye as much as a tap of the foot that the scene bids them a forever farewell. 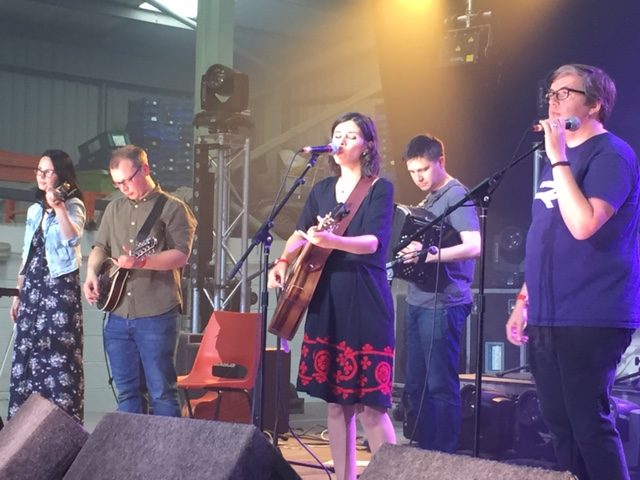 The evening continues between showers and the crushing of more cans, to yet more raucous spectators around the roller. Skinny Girl Diet preach from the stage, once again uniting ethos and sound in punk before The Wave Pictures perform on the main stage in front of a sea of umbrellas, their delicate picking and awkward but intricate indie perfectly suited to the passing storm and the rainbow arcing over the site.

The Tuts headline the indoor stage, helium balloons spelling out their name as they appear on stage in wedding dresses, tiaras and veils. They are a force of self-love and confidence, their pop-infused punk songs getting the crowd dancing and singing along to Tut Tut Tut, Something Worth Voting For, and a cover of the Spice Girls’ Wannabe before inviting guests on stage in a moving tribute to Chester Bennington with a Linkin Park cover.

Back outside beneath a heavy sky it is left to Cate Le Bon to close this year’s festival, providing the perfect soundtrack to this most magical of musical events.

As the trains carry us passengers back to our real lives and away from this retreat there is a sadness that its over for another year. While some may deride this scene as twee, this festival shows there is strength in that identity, solidarity in coming together through it. Inclusive, diverse of performer, and built on strong friendships without becoming a clique Indietracks has built its annual Arcadia and to its borders we will flock each year.

Small, perfectly formed and growing in reputation year-on-year, Indietracks is a triumph in the independent festival scene.

You can find Indietracks on their website, on Facebook and on Twitter. Many thanks to the festival for inviting us to host in-conversations with Peaness and Hayman Kupa Band as part of their workshop programme this year.

All words and images by Sarah Lay. You can find Sarah on Twitter and more from her in her Louder Than War author archive. Find her full portfolio of music writing here.

All images by Sarah Lay except main picture by Peter Darrington.