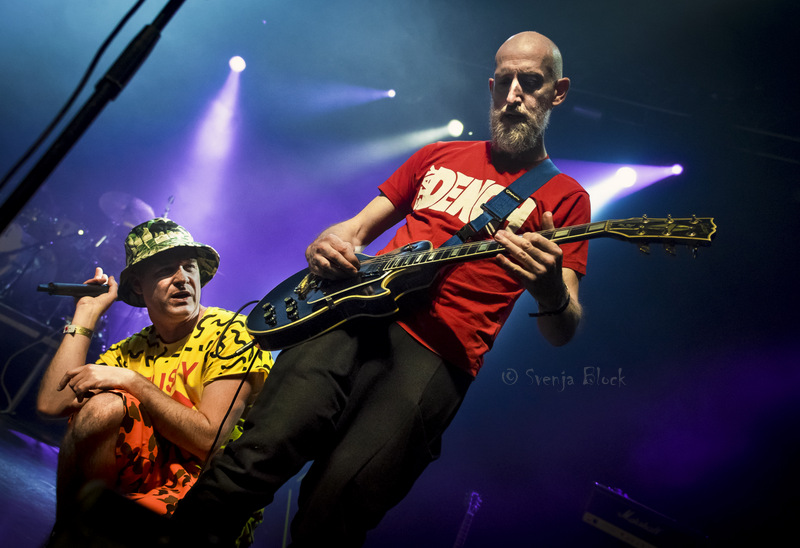 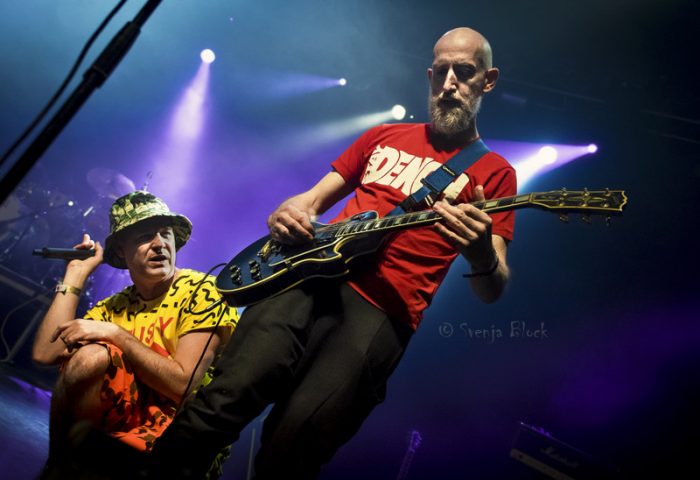 Running for the third time this year, the annual Indie Daze Festival has seen more than one artist come out of their sometimes more than one decade long lasting hiatus. This year, the recently reformed Thousand Yard Stare who played a sell out comeback gig at The Borderline in 2015 opened Indie Daze. Early attendees enjoyed listening to the classic ‘O-O AET’ whilst Bentley Rhythm Ace followed up with EMF lead singer James Atkin clearly enjoying this project and taking charge of the keyboard.

Gaye Bikers On Acid allegedly played their last show ever, while Jim Bob of Carter USM ( The Unstoppable Sex Machine) treated the ‘You Fat Bastard'(RIP Jon ‘Fat’ Beast) chanting audience to an impressive solo set. Radio personality Steve Lamacq quite rightly described Jim Bob as one of the most underrated singer/songwriters of recent times; an accolade that is well deserved with The Forum crowd singing along loud every single line to early 1990’s hits ‘Sheriff Fatman’ and ‘The only living boy in New Cross’.

PWEI kept security well busy and exercised in front and behind the front barriers – we witnessed a sea of up and down jumping and sweating bodies. Even the upstairs balcony viewers felt the groove. The ‘Ich bin ein Auslaender’ line echoed by circa 2000 souls sent chills down my spine. People still care. Frickin’ awesome!

EMF came, saw, and partied…and all joined in remembering our student or school days singing along to ‘Unbelievable’ or ‘Children’ – Last time I had the pleasure to see EMF live it was 1992 at the legendary Metropol in Berlin. We were kids and we launched ourselves from the stage (stage diving – not to be confused with crowd surfing) which landed us a surprise backstage invitation afterwards. Why? We were stage diving girls that kind of must have left an impression with the powers that be. It’s fun moments like these that were remembered on Saturday night.

I’m positive that each and every once little now big Pop Kid has a few stories to share. Let’s hear a few at Indie Daze 2017.

All  Words and Photos by Svenja Block, You can find more of Svenja’s photos at her Flickr, Facebook and at her Louder Than War author’s archive.