Home Blogs An Indian Fusion Lab – get involved, in Manchester! 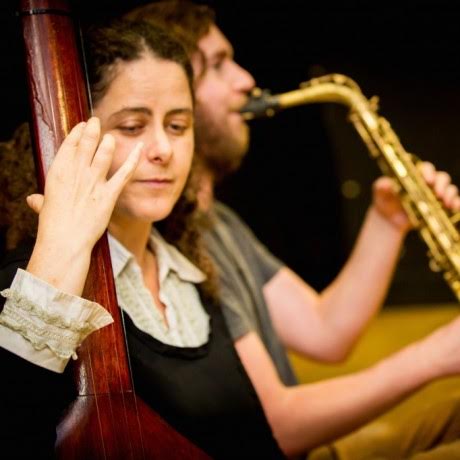 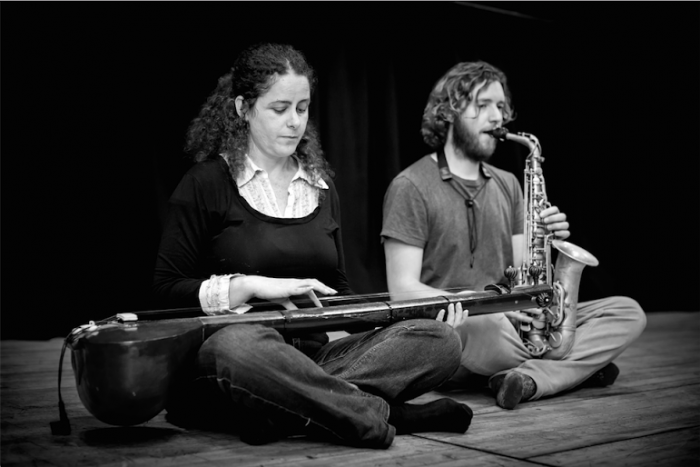 Right now, Manchester is the city ensuring that a range of artists have the opportunity to use Indian classical music to inspire them. As for summer 2016 at Band On The Wall, Brighter Sound brings you the Indian Fusion Lab! Be ready to interact with the awesome sounds of India as no longer just a listener, but as an individual ready to experiment!

People often hear Indian music or inspired-sounds, appreciating the intensity – think of the distinctness of raag and instruments as interesting as sitar – but often do not get involved any further.   You may also have heard repeated narratives regarding related music, such as The Beatles being inspired by Indian sounds; especially when you consider tracks such as ‘Norwegian Wood’. But why not be inspired yourself?

It is an incorrect assumption that the luxurious layers of music and innovative methods associated with this culture, have to be for only ‘certain’ musicians! Indian classic music has the capacity to unlock creative energy for all and is crucially celebrated in Manchester.

For this is a city known for its openness and something Brighter Sound – a producer of creative music projects in the city – uphold in their work.  All you need is an intermediate skill level on an instrument of your choice, regardless of genre, and you can get involved. That Indian music is presented in a ‘lab’ also casts away the concepts of formality and is all about experimentation rather than sustained ‘progression’ – a welcome change!!

You do not have to commit to the whole course either – it’s all about individual expression and unlocking what you are comfortable with – so you can try individual sessions, or enjoy the whole schedule, which lasts until June.

A surprise? The Band On The Wall is becoming a lab!

The traditions of Indian music can transform the way you interact with notes and noise, leading many people to tune into new methods of expression they did not think themselves capable of. Hearing new rhythms, appreciating other instruments… there is so much to enjoy.

Even if you do not see the straightforward links with the material you usually produce and Indian sounds, you may well be surprised by the stories, sensations and techniques it can inspire. It seems appropriate that Manchester’s famous ‘Band On The wall’ is becoming a ‘lab’ as part of this; as is a place recognised for cutting-edge sound as well as cutting up conventions.  Indian classical is far  from ‘old-fashioned’ in that the traditional methods can be blended with modern technology ad approaches to completely transform the way we interact with music. 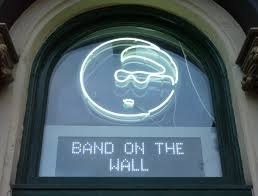 It’s 10 weeks of exploring Indian classical in writing, playing and performance, and begins on the 20th April. Led by experts in the field Avital Raz and Sam Lewis, attendees can expect to find out more regarding the culture and conventions behind such enigmatic sound. Could they be considered the ‘scientists’ behind a rather alluring ‘lab’? Well whether it’s testing out raags (Indian scales) or tapping into the rhythm of taals; this pair are offering the chance for intermediate musicians (age 16 plus) to turn their hand to something different.  It’s also the chance to get involved with deeply moving music; as  Indian scales  are connected to times of the day and season. They are capable of portraying a single instant yet also developing emotion, incorporating a meditative aspect which delves deep into our personal core…

And although the sessions may be referred to as a ‘lab’ – it isn’t the case of empty routine and heavy methods. The focus is very much on becoming more intimate and crucially involved with Indian classical – as all teaching is by ear and in each two hour session, all participants have the opportunity for some vocal work. This allows people to become much more personally involved in the music; something these sessions take seriously.

Rather than simply repeating material as is often the case in  western music lessons, the ‘lab’ is more about experiment than the education of strict structures and rules.  It can even be defiant and challenge definitions – factors we perhaps do not readily associate with classical music. In her own experience, Avital Raz recorded an album in India, incorporating Indian classical techniques with the poetry of James Joyce; yet not released for 12 years. Why? The Joyce Estate ruled that Indian music was inappropriate for the poetry – and it is such attitudes that these sessions challenge.

As Raz herself reflects – this is music which ‘moves you from the centre.’ She speaks from passionate experience, both as a classical singer and committed studier of Dhrupad (an ancient form of Hindustani classical) which she learned for six years under Professor Ritwik Sanyal of Benares Hindu University. Now living in the UK, she releases her own music, as well as using initiatives like the ‘lab’ to inspire others. 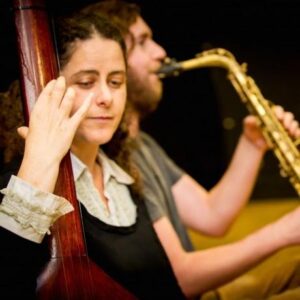 It seems particularly important that Manchester is the city delivering sessions like this; a place recognised for music which shows there should be no barriers, or borders, in terms of appreciating sound. Don’t think you can learn from Indian classical? Perhaps it’s time to let your guard down and grow with the guidance of Sam Lewis and Avital Raz.

Sam Lewis is an establishes saxophonist who has worked across genres, with over 21 years of playing and working with acts at an international level; particularly touched by Indian classical. He travelled to Indian to take lessons in Seghnai  from musician Lokesh Anand, and he says that he often composes with the  Indian culture and musical constructions he has encountered, in mind.

The course of sessions takes place between Wednesday the 20th April up until the 19th June, with a planned provisional performance on Wednesday 6th July. For the full course the price is £100, and £85 concession, whilst for £13 you can pay per session. For more information you can visit the Brighter Sound website.