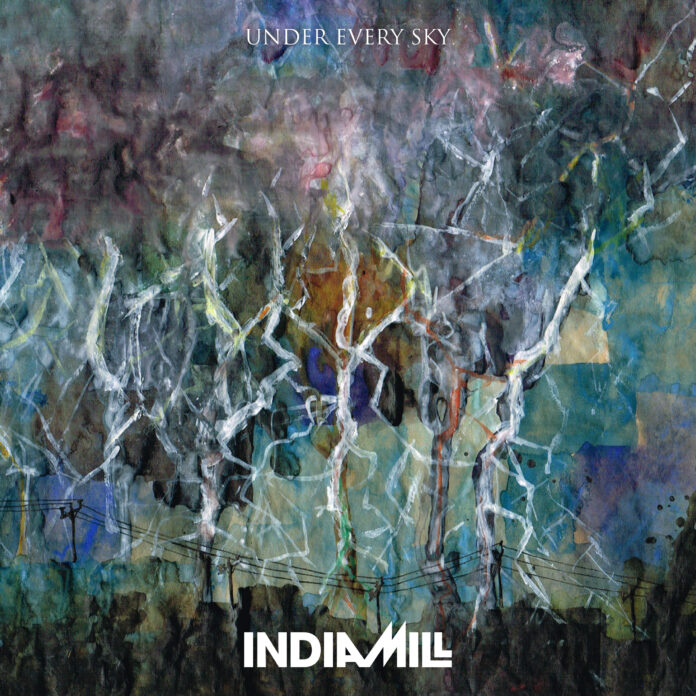 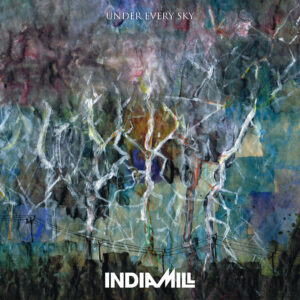 India Mill took their name from the staple landmark in their hometown of Darwen, East Lancashire; a town that still holds the remnants of Britain’s once dominant industrial revolution in its infrastructure. Although no longer functioning as it once did, India Mill and its distinctive chimney still stands in the town, more so as a memory of its once bustling textile industry than for practical purposes.

As a nod to the town’s rich history, a history including Gandhi’s famous visit in September 1931, four lads from Darwen named their band India Mill, a band heavily influenced by guitar-led classic rock of the past whilst channelling the melodic energy of artists such as The National, Elbow and The War on Drugs.

The band’s debut album, Under Every Sky, opens with the defining lead single of the record, Caribesque. More melody-based than the proceeding tracks, Caribesque is an obvious choice for a single, already receiving  radio play from Tom Robinson on BBC 6Music and rightly so.  It’s a strong pop track that complements the meticulous, tight musicianship of the group.

Alistair Smith (vocals, bass) is an undeniably talented vocalist, a feat that fails to falter throughout the record, with the flexibility to perform ballads not dissimilar to Roy Orbison (on the track, In Motion in particular) to a much heavier, powerful tone, channelling the icons they proclaim to have been influenced by, namely Jack Bruce and Paul McCartney.

In tempo, Dean Ingham (drums) and Smith provide a rolling rhythm section, creatively controlling and maintaining the pace of the band, providing a guiding point for Chris Coates (guitar, vocals) and Simon Nicholson (lead guitar) to bring their showmanship as musicians to the forefront of the record.

Ultimately Under Every Sky is a guitar-led record, with the lead being an extremely prominent aspect of the record. The band dip in and out of aggressive tempos and bring it back towards more folk and country structures, and admittedly borrow a lot from Bob Dylan on the track When She Walk. Like Dylan, they’re not afraid of covering their own agendas; Big Society and Green Lane are the tracks that stand out as having political importance to the lyrics, seemingly being openly critical about certain systems.

Although the album explores various rock and roll pathways, it very rarely strays away from its standpoint, creating an album that is cleverly constructed and layered in a specific way. Although the band will certainly get radio time from the more melodic tracks like Caribesque and The Hanging Tree, they haven’t been afraid of turning the volume up and treading into heavier, aggressive and much more punk territory.

India Mill seem to have avoided modern clichés like the plague. Resisting the urge to overuse certain production techniques and trademarks typically attributed to the current era, the band retain traditional values within their music. Under Every Sky reflects the vast eclectic mixture of classic rock influences the band claim to know well and love; a solid yet melodic powerhouse of a record.

All words by Josh Nicol, find his Louder Than War archive here.