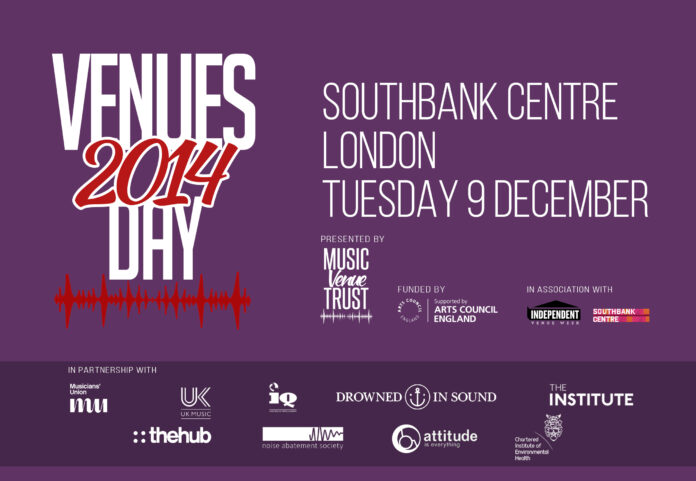 After debuting in 2014 with Radiohead’s Colin Greenwood as ambassador, Independent Venue Week is back in 2015 with Frank Turner taking over as representative. More details about this can be found below, along with news about Venues Day 2014 which takes place on 9th Dec.

85 venues are so far signed on to participate in Independent Venue Week, a 5 times increase on this year, and with there still being two months till it kicks off it’s not unreasonable to expect that number to increase.

The 85 venues who will be participating are putting on shows curated either by themselves or by a growing number of “partners” of the fledgling organisation. This year, these include:

Also curating 2 nights is the excellent Xtra Mile, Frank Turner’s label and Frank himself will be headlining 2 special shows for IVW, one of which is at 93 Feet East where he played his first ever gig.

“It’s great to see Independent Venue Week back again for a second year and with so many more venues taking part. There’s been so much support recently for the work these places do and opportunities they offer young and more established artist. It’s vital we all celebrate their existence during Independent Venue Week and do what we can to support them so they are still around for years to come.”

Other musicians already lined up to take part include:

PRS for Music, UK Music and The Musicians Union are also heavily involved in the week, with PRS for Music’s Head of Marketing Paul Sims commenting:

“We’re delighted to be backing Independent Venue Week for a second year. These venues are the lifeblood of the live music scene and our many members who perform there. Up and down the country night after night, they provide a crucial platform to new and breaking acts to hone their stagecraft and to try out the songs they have written in front of an audience of live music fans.”

Quoting from the press release:

“Independent venues sit at the heart of their local community, providing a vital lifeline to upcoming artists early in their careers whilst bringing together those fans who are passionate about live music. With more and more small to medium sized venues continuing to close around the country, Independent Venue Week supports those venues that play such a significant role to musicians and fans alike.”

And a spokesperson for the organisation themselves said:

“For us to grow fivefold in just one year is amazing and shows just how strongly people feel, from all across the industry, about these venues and the role they play both to breaking and touring artists and to local fans all around the country” said co-founder Sybil Bell. “It’s great to be back again promoting a nationwide, week long program of gigs with such a strong list of venues, artists and partners. We’re excited to help make January a really great time for music fans to go to their local venue and see some great live music and hope they continue to support their venues throughout the year.”

Details of all participating venues can be found at the main website independentvenueweek.com. Dates and ticket links will go live on the site as shows are confirmed and more gigs, artists and partners will be announced over the coming days and weeks through IVW social media channels Facebook and twitter: @ivw_uk. The hashtag to use on social media is #IVW15.

In other music venue related news, Tuesday 9 December is the date for your diaries for Venues Day which takes place at Southbank Centre, London. Venues Day 2014 is an event celebrating small independent music venues across the UK, bringing together professionals from the sector to network, share ideas and views and plan the way forward.

Over 50 venues have already signed up to come along and the organisers are anticipating that it will be an exciting opportunity to address the challenges faced by independent venues today, as well as helping to gain recognition for the important role these venues fulfil for the arts community, the music industry and the local communities they serve. For more details, or if you’re a venue who wishes to take part, hit up this link: musicvenues.org.uk. 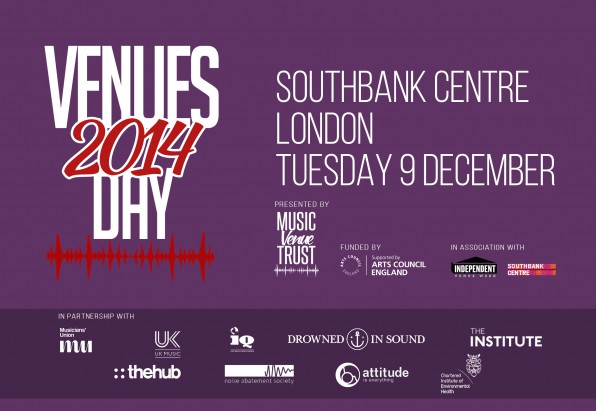