Home News Liverpool council is holding an independent inquiry into the disastrous Hope and... 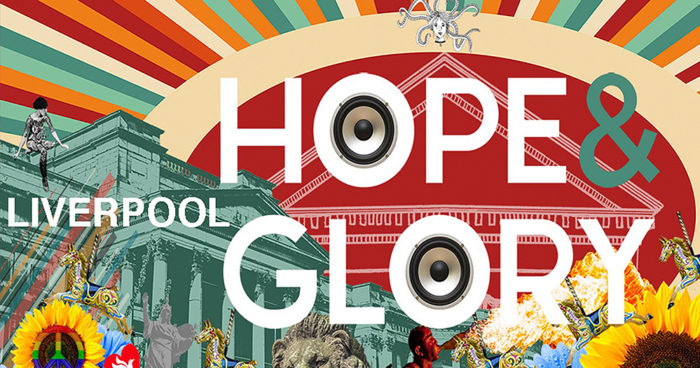 The recriminations of the recent disastrous Hope and Glory festival held in Liverpool are continuing with the blame game in full swing and many punters still seeking refunds for tickets after the event’s final day was cancelled and the Saturday being a catalogue of problems. The promoters and the council are all pointing fingers, many bands are yet to be paid and allegations fly around and the whole mess needs clearing up with maybe a change in the way people are allowed to put on festivals to come.

The story below is from the Liverpool Echo…

Mayor Joe Anderson hopes the probe will be completed by the end of the month.

Hope and Glory was to take over St George’s Plateau for two days of music and arts, with acts including James and Ocean Colour Scene.

But the second day was cancelled after a chaotic first night with overcrowding, long queues and delays.

Organisers issued a rambling statement into the festival’s collapse, while the mayor promised an urgent inquiry.

A petition online calling for an independent probe into the festival has attracted more than 200 signatures.

Today the council confirmed it has recruited Bristol-based The Event Safety Shop to lead its investigation. That firm was founded in 1999 and has worked at festivals including Glastonbury and WOMAD.

Mayor Anderson said: “What we want to get to the bottom of is what’s gone wrong here, and make sure that it doesn’t happen again.

“But it won’t be just our view. It will be an independent view and assessment and then we’ll respond to that accordingly.”

He said: “We’ve been asked whether St George’s Plateau was too small (for the event). The reality is if you look at the ECHO’s archives for events that we have put on there, they have been two times bigger, three times bigger than that.

“We’re actually trying to get from the organiser how many tickets he sold, who was he selling them to, what was the way it was done, what was the monitoring of that? And that will all come out in the inquiry.”

Liverpool’s Cabinet Member for culture, tourism and events, Councillor Wendy Simon, said: “Stakeholders and the safety advisory group have met and praised the actions of the city council in handling the situation on site.

“The investigation is being led by The Event Safety Shop – one of the most well-respected security and safety advisory companies in the country. It will conclude in the next few weeks.

“The city has a huge and varied events calendar from Sound City and Africa Oye right through to Fusion Festival, and we expect a high standard of events from independent operators who work here.

“As a city it is our utmost priority to protect visitors and our residents who buy tickets in good faith, and expect a high-quality event, the standard of which we are so used to in Liverpool.”

The Event Safety Shop website says: All of our staff members have a considerable pedigree of event experience – having worked in show production for many years prior to gaining formal health and safety qualification – which means our advice and opinion are grounded in the real world rather than an abstract application of safety regulations.”