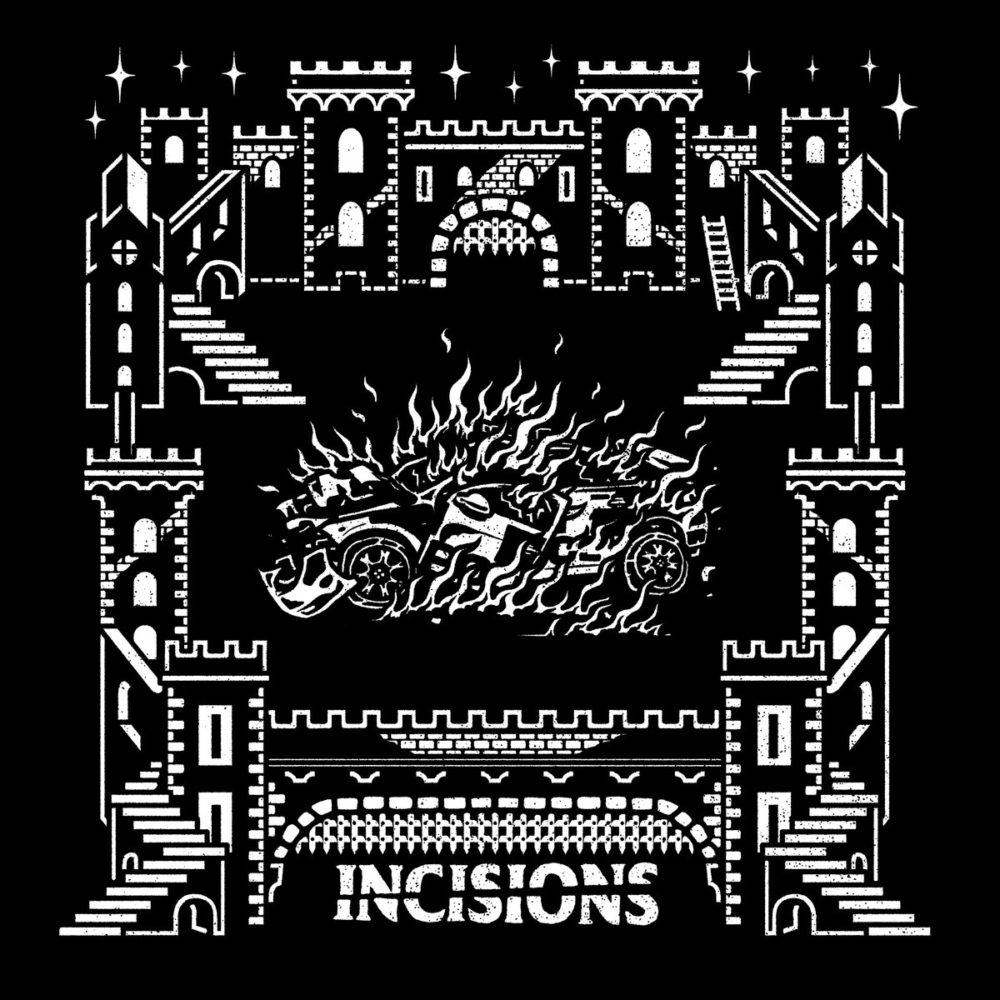 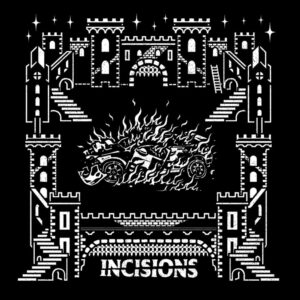 Sometimes you just want to stick two fingers up at it all, grab a marching/knuckle-dragging neo-fascist and slam them into the wall as the country goes down in flames around you. That’s exactly what Incisions do on their full-length debut album, unleashing an intense and riled up punk eruption that at times verges on pummelling hardcore. The slow pounding drums that begin album opener Deny are a red herring, the ticking of a timebomb waiting to explode, and explode it certainly does as they launch straight into the most visceral aural attack of the record. It’s a shot in the face, a wake up call to those sleepwalking off the edge of a cliff and doomed to fall into an isolated fascist state. Visceral spitting lyrics, “bruised and bloodied from towing the line”, it’s an intense introduction to the album.

The songs crash between rocketing hardcore intensity (Deny, Circles) and more grooving yet full throttle punk rock, the kind spat out by The Bronx and Rancid (Sound Carlos, On My Bone), but both tones collide and mesh perfectly and new single Follow manages to meld them into the same song, in 71 seconds. Bigger City takes on that 90s Epitaph Bad Religion style, although Incisions push the pedal to the metal and come out with a breakneck speed power punk highlight of the album. Half the songs don’t make the minute and a half mark as they fire out like a well-aimed machine gun, honing in on their targets. Corruption, politicians, fat cat bosses, a hate-divided country: all in Incisions’ sights. Lead single War in Your Head is the most direct attack on the power-hungry warmongers that rule the world and would provide the perfect soundtrack to a riotous uprising, one surging from a mosh pit wall of death.

This full-length debut clocks in 12 songs in a mere 19 minutes. It’s a trimmed back battering of the senses that perfectly encapsulates the anger seeping up from the streets, one whose fervent desire is to bring down the old world order and the sooner it falls the better!

Watch Incisions’ videos for War In Your Head and Follow below: