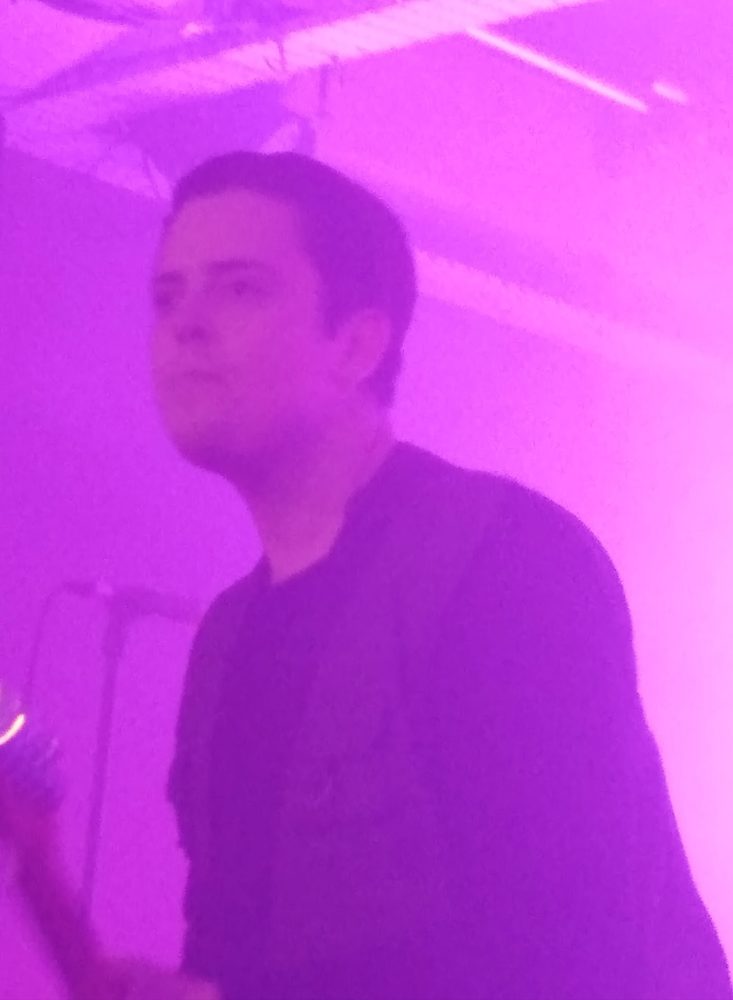 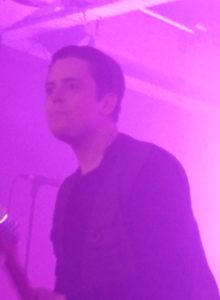 Louder Than War’s Roxy Gillespie is drawn to the beautiful city of Glasgow by the In The Flesh event, both organised and headlined by the city’s own best boys Baby Strange.

The In The Flesh event was an extremely tempting early Christmas present. At £15, it had to be one of best value events of the year. Organisers Baby Strange are hot property in their own town and they had been a bit quiet on the live scene. In The Flesh was about to change all that. They hit the town not only with a stellar set of their own, but also put together one of the strongest line-ups of 2018.

Kicking off the proceedings, The Vanities hit the stage with their strong Glasgow punk. With some pretty decent harmonies to back up their high-octane sound, there were hints of The Jam and Stiff Little Fingers as they tore through the set. Highlights were a new song Scumbag and the following track Gang Culture, both excellent tracks. A good set and a fitting way to get the blood pumping.

Down at the In The Flesh TV studio stage, we were treated to Crystal. The band, comprised of two girls and two boys, were extremely accomplished and were one of the early highlights of the event. Anna Shields has a fantastic vocal range which she used to great effect. Their grungy, indie sound is extremely robust and a pleasure to hear. The set was exciting throughout, including excellent songs such as Sex Rich, and Speak Of The Devil which is due to be released next year. There is always a new band who leave you wanting to hear more at a festival – Crystal were that band.

Back upstairs at The Warehouse stage Walt Disco were performing their emotionally charged electro-indie set. With suitably tortured vocals and some very nice keys and synths, there were hints of the 80s and plenty of tension and angst. Sling was an excellent track. With the recently released Drowning In Your Velvet Bed receiving a lot of attention and radio exposure, this band has a lot to offer and are a live act well worth catching next year.

Voodoos are a more traditional Glasgow punk/ indie band. They mix the hard-edged with more measured and melodic tracks, and already have an extremely accomplished air for a relatively new band. With clear-cut, beautifully steady vocals and a powerful feel to the music. With crowd pleaser Natalie, and Slide from their recent EP, they showed themselves as part of the fine body of music currently available on the vital Glasgow scene.

In The Flesh continued downstairs with one of Glasgow’s current favourites Rascalton. The crowd were wild for it from the start. With their jagged vocals and forceful Glasgow punk sound, this was always going to be a highlight for the fans. People were going over the top as they powered through their whirlwind set, which included tracks Alone and I Told You So from their recent EP. Having recently performed a sold out gig at St Luke’s, their star continues to shine brightly. A definite highlight for the audience.

Lucia have a more punk/pop sound which is infectious and just edgy enough to thrill the crowds. Another stalwart of the current Glasgow scene. With Lucia Fontaine’s formidable dusky vocals and vivid stage presence, the band always put on a gutsy, vibrant performance. With tracks like recent singles Summertime, Saturday Is Dead and When I Think Of You, They performed a dazzling set and a real crowd pleaser.

Upstairs, superb indie act Neon Waltz put on another exquisitely intense set. Headliners on the Warehouse stage, they brought their heart-felt indie anthems to a crowd who were obviously on their side from the outset, shouting requests and loving every minute of it. With old favourite Perfect Frame to open, they continued with their new single The Stranger Things, and Schoolhouse from their recent Bring Me To Light EP, they brought their moody, slightly shoegaze indie to the stage. Not that the anthems were missing, Heavy Heartless, Dreamers and Bring Me To Light all formed part of the set; a real crowd pleaser from this hugely talented band who just keep producing memorable and extremely enjoyable songs. 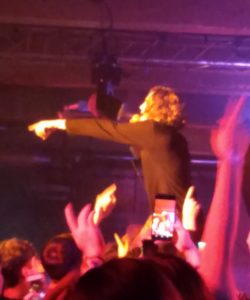 With Neon Waltz bringing the Warehouse stage to a close, the crowd hurried downstairs for The Blinders. The crowd were obviously really up for this; the atmosphere was electrifying. With Gene Wilder singing Pure Imagination from the old version of Willy Wonka’s Chocolate Factory and Great poetry from, I think, John Cooper Clarke (correct me if I’m wrong there) as the band prepared to take the stage, the tornado darkness they brought with them as the set finally started seemed a sharp contrast. The Blinders are less a band and more a menacing force of nature. Seeing them live is a special and unforgettable experience. Echoing guitars, relentlessly sinister, they drove through the set, which included Ramona Flowers, L’etat C’est Moi, Rat In A Cage and Hate Song. With his make-up suggestive of blinded, black-bleeding eyes, Thomas Haywood, threw his deep, sonorous vocals at the crowd. Tracks like Brutus and the iconic Land Of The Free continued the frenzy. When he made it off stage into the waiting arms of the pit, he had achieved his place as the crown prince, a dark overlord preaching to the faithful.

It takes a confident band to follow The Blinders, but Baby Strange are the Kings of Glasgow. Anyone forgetting who the headliners of In The Flesh were during the previous set soon knew the truth. This was what the crowd were waiting for, a hometown gig from a band who have been a little quiet on the live scene of late, but continue to be one of the best bands around. From the first strains of Pure Evil, the crowd were a turbulent mass of bodies, yelling out lyrics and dancing like the possessed. All the best tracks were there – Trouble, Distance Yourself, VVV and a rare outing for the fierce punk of Never Enough. The new single, Job In The City (You’re Working For Nothing), formed part of the new material as did Rat Race, where they were joined by a member of The Vanities on acoustic guitar. These were both brilliant tracks, showing the band have lost none of their bite. Softer tracks like California Sun and Young Team showed the breadth of the band’s output. Once they hit Friend, the bouncers at the front were struggling to pull out the amount of people going over the top. They ended on the anthemic Pleasure City, the end to a crazily enjoyable set. What a band; what a gig; what a night.