Home Blogs In the current climate should musicians play Israel? 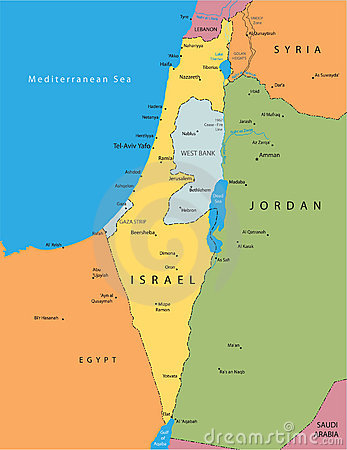 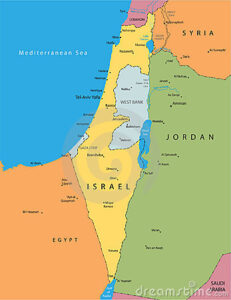 Taken For a Ride: Has Mark Gardener been tricked by the pro-Israel lobby?

Should a band play Israel in the current political climate? does playing there legitimise the government? should the cultural boycott of Israel be upheld? what about the musical community there that exists outside the government that deserves to see bands? What about playing other countries with oppressive policies? is Israel a special case? will their government listen? It’s a complex situation that draws strong feelings as Tommy Mack reports.

The gig was heavily promoted by Creative Community For Peace, a purportedly apolitical arts organisation which is actually a business alias for the right-wing, pro-settler propaganda organisation StandWithUs, who have recently announced a $250,000 deal with Israeli prime minister Benjamin Netanyahu’s office to promote Israel’s image abroad. [http://972mag.com/standwithus-to-take-cash-messaging-from-israeli-govt/101314/]

Jim Benner, Deputy Director of Music and Entertainment at London-based charity War Child told Samir Eskanda, a British-Palestinian musician and activist, that after learning of Gardener’s Israel gig, they were considering dropping Ride from their Passport Back To The Bars series of gigs. The Ride gig has since been announced as scheduled. War Child were contacted about the reasons behind their decision but have yet to respond

Gardener was contacted by activists from Jerusalem, South Africa and elsewhere, asking him to join the cultural boycott on Israel in the wake of continuing human rights abuses in Gaza and the West Bank (Palestinian territory occupied by Israel). He has refused, tweeting ahead of the gig: “I play music to the people without prejudice as people are mostly not their oppressive governing regime.”

In another tweet he appears critical of the Israeli government while still defending the decision to perform: “People do not equal their oppressive governing, war mongering, power corrupted regimes that we can all sadly find ourselves living in.”

Mark Gardener’s music and writing paint a portrait of a man of intelligence and compassion. He seems to have accepted the invitation with the best of intentions. To reach out to people with your music and influence them to act for the common good is a noble aspiration.

Refusing to join the cultural boycott isn’t neutrality though: it’s a political position and a contentious one at that: tantamount to saying you know better what is good for Palestine than the Palestinians who are calling for the boycott. We have a right to ask, on what evidence or who’s say-so?

Gardener’s twitter feed is full of re-tweeted praise from fans for raising music above politics but it’s dangerous to try to remain above and outside politics while espousing abstract notions like peace and unity. Someone will drag you into it one way or another and use your noble sentiments to their own end so it pays to be informed about who you’re working with. Mark Gardener may have sought to visit Israel as a neutral ambassador of music and music alone but others are keen to politicise his presence and not in the way that he thinks.

Creative Community For Peace are far from the neutral, apolitical arts collective they claim to be on their website and in tweets (which Mark Gardener retweeted). CCFP is an organisation based in the US that works against the cultural boycott on Israel. They seem to speak the same language of peace and bridge-building as Gardener and other musicians who’ve chosen to play Israel.

CCFP’s website describes the organisation as representing a cross-section of creatives and fans and stresses political neutrality “We may not all share the same politics or the same opinion on the best path to peace in the Middle East.” Even their declaration of neutrality is loaded with their pro-Israel message: “But we do agree that singling out Israel… as a target of cultural boycotts while ignoring the now-recognized human rights issues of her neighbors will not further peace.”

The rest of their clunky-looking website is filled with dubious pro-Israel propaganda like “Israel remains devoted to serving as a refuge for people in need…As the only country in the Middle East that opened its doors to provide a temporary sanctuary to those fleeing persecution, Israel has served as a light in the dark.” [http://www.creativecommunityforpeace.com/Israel%20Is.asp]

However, CCFP is actually a registered business alias (‘fictitious business name’ in California legal parlance) for the Israel Emergency Alliance aka StandWithUs, a right-wing, pro-settler organization that works closely with the Israeli Foreign Ministry. By legal definition, Creative Community for Peace, StandWithUs, and the Israel Emergency Alliance are all a single organization with a single mandated board of directors.

According to Phan Nguyen, writing for MondoWeiss, CCFP provides cover for StandWithUs to fight the cultural boycott without exposing its own political pro-Israel agenda. The entanglement between CCFP and IEA/SWU is actually too extensive to detail in this article but more can be read here: [http://mondoweiss.net/2013/10/apolitical-organization-combatting#sthash.EVr4lcvT.dpuf].

Heartbeat, the joint Israeli-Palestinian project that organised the Jerusalem gig visited (and endorsed on Twitter) by Gardener the night before his Tel Aviv performance, has been described by Palestinian Campaign for the Academic and Cultural Boycott of Israel (PACBI) and BOYCOTT! Supporting the Palestinian BDS Call from Within (BfW) as “a normalisation project…that works in the model of co-existence under oppression rather than co-resistance to oppression…purporting to further some abstract notion of “peace” while in fact pursue an agenda that is harmful to the realization of a just peace based on realizing Palestinian rights.”

CCFP’s website is full of quotes from musicians who’ve accepted the invitation to refuse the cultural boycott and play in Israel: Paul McCartney, Alicia Keys, Anton Newcombe, many more besides. They all speak the same language, of bridge-building, of reaching out to people, of music as a unifying force and of their disdain for a boycott that tells them where they can’t play.

Mark Gardener tweeted “Following their boycott argument should I also no longer play the U.S, UK, Europe, Japan, Australia, South America whilst I’m at it?”, to which BDS South Africa responded “during Apartheid would you have boycotted SA because we asked for it (like the Palestinians today)? We hope you would have.”

As artists and creatives we should question anyone who tells us where we can and can’t play. But the cultural boycott isn’t an order handed down from authority. It’s a request from oppressed people for artists to show solidarity within their professional capacity. Refusing to join the boycott isn’t neutrality; it’s an endorsement of one side, the more powerful side, in a brutal, asymmetrical war that is still claiming civilian lives daily.

I believe Mark Gardener when he says he went to play for the Israeli people, not the Israeli regime but coverage in the Israel press, such as this one from ynetnews.com  [http://www.ynetnews.com/articles/0,7340,L-4614691,00.html] are trumpeting the gig as a failure for the BDS movement.

If artists want to remain genuinely neutral, they could reject advances to play Israel without endorsing the BDS movement. If neutrality is what truly matters, don’t let either side make political capital from your actions, human rights considerations aside.

This isn’t about being anti-Israel, it’s about holding to account a powerful country which has used its military might to crush the civilian population of its neighbour. Peace, a just peace that acknowledges both Israeli and Palestinian rights, will never happen while decent people like Mark Gardener allow their best intentions to be hijacked by partisan propagandists.