In conversation with Optic Nerve Recordings…

Louder Than War’s own vinyl fiend Phil Newall was recently in raptures when he took delivery of the classic Girls At Our Best album ‘Pleasure’ re-released via Optic Nerve Recordings in a gatefold sleeve housing two splatter yellow vinyl albums, along with postcards, posters and even a GAOB stencil (LTW review); as a result Phil got in touch with Optic Nerve boss Ian to chat about the labels history, aims and future releases…

LTW: Ian, so when did the label begin, and what was the seed that set you off?

Our first release was actually a CD ‘Acrylic’ by John Ellis (Vibrators, Stranglers) in 1997 and then there was a fifteen year gap until the follow up in 2012. I was talking about reviving the label for some time but there was always something that prevented it from happening. Then, everything fell into place and we were able to move ahead with the plan.

So what was your background, were you already involved within the industry, any particular influences; labels or otherwise?

I was doing some DJ’ing in the late 80’s, early 90’s at various venues in and around Northampton, putting on my own nights, playing between bands and getting involved in a very small way with promoting. Then, in 1992 I started my own label with someone else…we put out releases by the Action Swingers, Foreheads In A Fishtank and a couple of local indie bands as well as reissuing the whole of The Enid back catalogue on the Mantella imprint (see The Enid Forum). We also dabbled with dance music and put out Life is Like A Dance by DJ Dougal, which became a happy hardcore anthem.

There are many Influences. I have a great respect for those Indie labels that started in the late 1970’s and 80’s.I pay a lot of attention to what those and other labels have done in the past, and are doing now and try to incorporate the positives into what we are doing here.

The old adage ‘those who can’t play – manage/teach’; any truth in that – was that why you became involved?

No, not really. I have never had any desire to be in a band. When I was young and use to pick up a record my thought was always “I wish I could release that on my label” and not “I wish I could be in the band that recorded it”

What’s with the label name; clearly, just looking at your output the visual aspect of each release is equally as important as the actual music; does this link into the name? 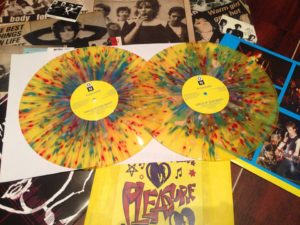 Going back to John Ellis. He actually came up with the name, and the logo, so I owe a debt of gratitude to him. It was originally chosen to house his release which contained music written for exhibitions of paintings by Moishe Moser and David Leapman. The idea being that it was as much to do with visuals as it was audio. It seemed to fit with what I wanted to do now with the vinyl reissue’s so I stuck with it.

So did you start the label with the aim of releasing a particular album, or was there always a plan/dream of developing into a fully-fledged label?

No. Obviously there are many albums that I would love to release but the aim was, and still is to build and maintain a catalogue of around 40-50 releases. There is still a way to go but we are getting there. I would like it to be quicker but it’s as quick as finances will allow.

What was the first release and how and why was that one selected? 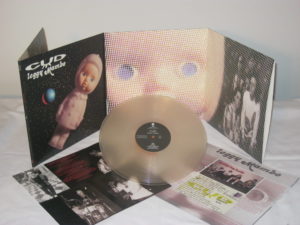 If you don’t include John’s album it was Leggy Mambo by Cud. It’s an album that I’ve always liked. They were touring and were willing to give it a lot of support. It hasn’t been the best seller but I’m glad we did it.

Your output to date has been eclectic, not merely confined to indie; Laibach’s ‘Nova Akropola’ being a case in point…

That’s a reflection of my own tastes in music. It’s a bit like re-issuing my own record collection. I like indie, post-punk, industrial and virtually any other genre associated with so called alternative music. I really like punk but there are already a lot of good people that have that covered.

What’s been the response from the band members, some like The House Of Love and Pop Will Eat Itself are still in very active bands with back catalogue still in print, others like The Flatmates ‘Potpourri’ had long since been deleted so an approach from you must have been a pleasant surprise for some? 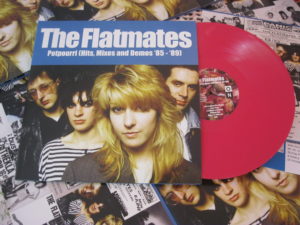 It’s varied. Some bands aren’t really interested, It’s not that they are not proud of what they have done, it’s just that they have moved on. Others can’t do enough to help. It’s good when you do have input from the artist and it is reflected in the end product. On one release I wasn’t able to contact the band until after it came out which was frustrating because they had a lot of extra material that they could have contributed and the release would have benefitted from it.

Once you have formulated the plan to release an album, how do you go about securing the source recording – have you been able to access masters or do you have to look to more imaginative sources?

I have used everything. In some cases I have been able to use the original tapes but others just don’t exist anymore and I have had to master from the original vinyl, cassettes, and CD’s

Same goes for the artwork; the packaging for some of your releases is frankly gorgeous, quite an achievement for records that may not have seen print for perhaps over 20+ years.

Again, it varies, sometimes we can scan the sleeve and make some enhancements and adjustments and others we have to start from scratch and try to get somewhere near. We have a vast archive of music papers, which we are adding to all the time and we use a lot of material from those. A lot of people contribute material from their own private collection as well. I haven’t been happy with all of the sleeves though. 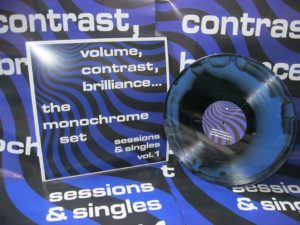 With the huge and welcome demand for vinyl from the public have you had any difficulties in securing pressing plants, or have your requirements proven too much of a challenge for any plants?

There have been a lot of things that I have wanted to do but wasn’t able, but that is mainly down to cost. I have found the people able to it but with limited runs it just wasn’t cost effective and have found myself having to compromise on quite a few, mainly on packaging, but there have been a couple of vinyl issues as well.

What’s been the reaction of the record buying public – have you identified any ‘Optic Nerve collectors as of yet. Where are you selling to, UK, Europe or beyond?

There are a few people that have bought every release and I know that there are some that look out for is coming next, but of course, it varies with each release. I can’t see many people who bought The Flatmates being particularly enthralled about Laibach, but, we try not to put out similar releases consecutively, so hopefully that will keep everyone’s interest. We have distribution in the UK, Europe, USA and Japan and we do equally well in all territories.

If someone stumbled across Optic Nerve, would there be a release that summed up the labels ethos or is that being too narrow?

Probably the Girls At Our Best! album would come closest

Are you able or willing to let us know what else you have in the release pipe-line, what can we look forward to, I know you have announced a February 2015 release for Second Layer ‘World Of Rubber’ – that one will be eagerly anticipated.

We have McCarthy’s debut album “I Am A Wallet” expanded to a double album set. That will be similar to The Wolfhounds release. As you say…Second Layer which we are really pleased to be able to do. We are in talks with a few other labels and artists but nothing has been confirmed yet, we will just have to wait and see. We have a long list, some will happen, some won’t

Have there been any bands or labels that have declined to work with you – no need to name them, but what was their reason?

Yes, a few. In fact we have been turned down twice by one artist. I’m thinking of making it an annual event! I won’t give all the reasons but they are varied and in some instances unfathomable.

If you could re-release any item, regardless of availability what would it be?

It’s Impossible to give you one. The Felt catalogue, The Cardiacs catalogue perhaps ‘Atomizer’ by Big Black and Dr. Phibes & The House Of Wax Equations. Personally I would like to do ‘Skite’ by Alberto Y Lost Trios Paranoias but I don’t think anyone would buy it!

Can you supply a list of releases, cat no. etc 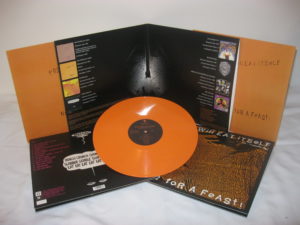 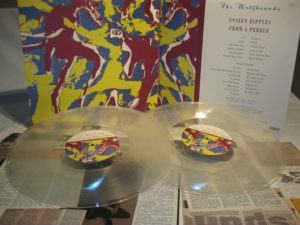