Home Interview In conversation with Cadavers… 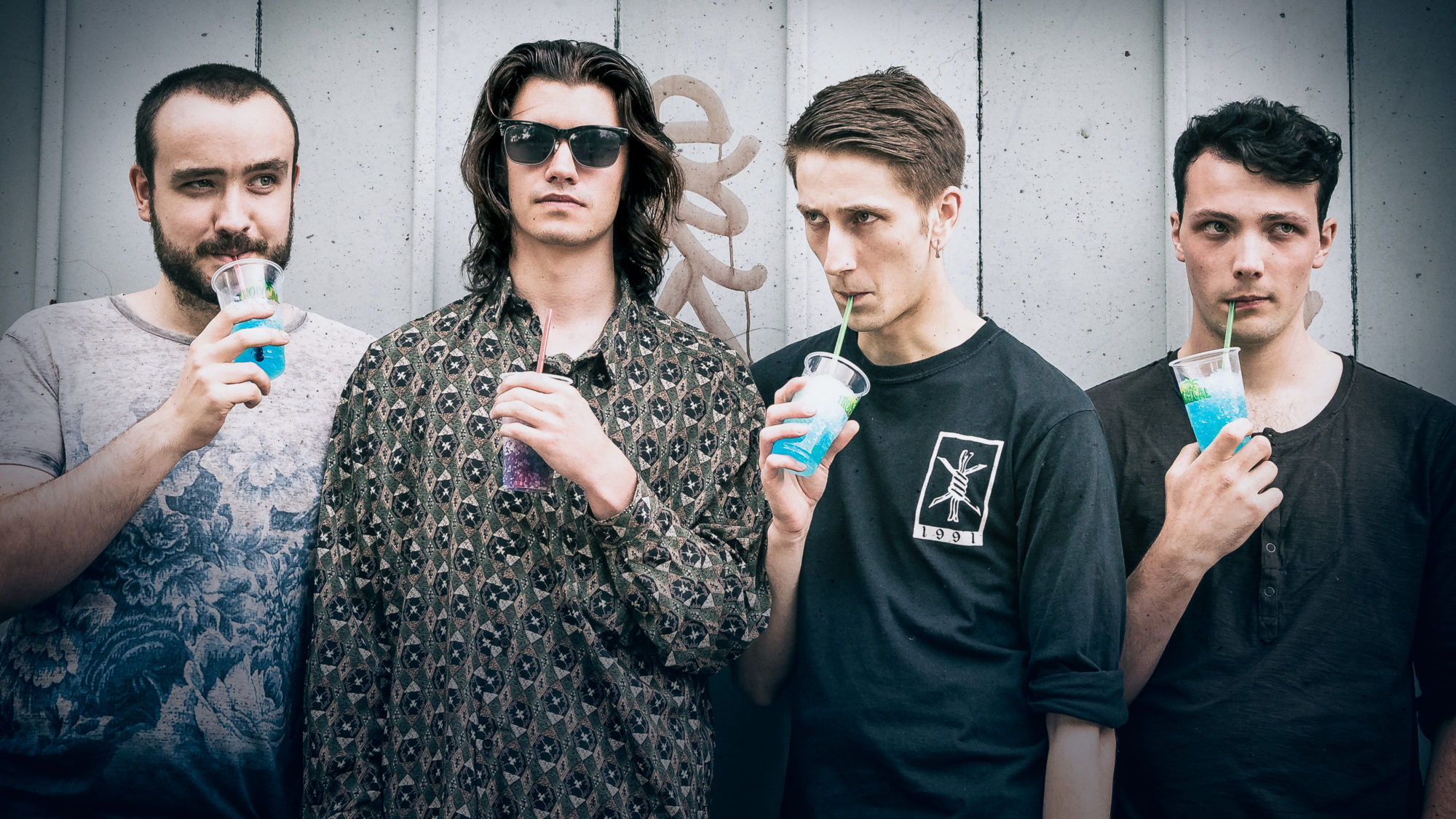 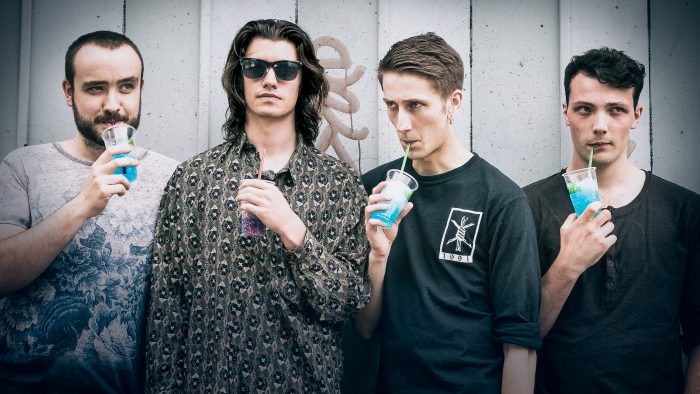 In conversation with Cadavers…

Those with a keen eye on the ever growing ‘box in the corner’ may well have recently seen the BBC 4 show ‘UK’s Best Part-Time Band’ – Comedian Rhod Gilbert, Peter Hook, and Midge Ure set out on a journey across the UK to discover the UK’s best part-time band; more than 1,200 bands entered the competition, playing rock to reggae, ska to skiffle, bhangra to blues and everything in between.

The judges travelled to venues, rehearsal rooms, kitchens and bedrooms to watch the bands, and then selected 5 for each live regional heat.

Hooky picked Cadavers, having seen them perform to a criminally meagre crowd he gave them the opportunity to appear at a sell-out Manchester Ritz; sadly they didn’t win through, being beaten by one of Midge Ure’s predictably mainstream choices. Having been impressed by Cadavers we sought them out, eager to discover if a certain bearded Mancunian had taken up management duties, or invited them to support The Light anytime soon.

“Cadavers are a four-piece punk band from Sheffield formed in 2013.

Drawing influences from a range of musical genres with undertones of 80s anarcho-punk, they have created a sound that’s fast, loud and aggressive and lyrics that are darkly satirical. The upcoming debut LP ‘Death & Taxes’ which is set to be released in July this year, offers a collection of songs written by a group of disillusioned, angry young British adults.

They have built a reputation with their exciting and energetic live shows around the UK, supporting bands such as Pure Love and Random Hand. They also appeared as finalists on the recent BBC documentary ‘UK’s Best Part-time Band’ in which they were endorsed by Peter Hook, former member of Joy Division and New Order.

The above self supplied biography consists of just 143 words – it seemed Cadavers weren’t giving much away! Undaunted, we managed to track them down to try and find out just what makes this band tick.

LTW. So, finalist’s in the recent BBC TV show ‘UK’s Best Part-Time Band’ – you must be pleased with that?

“It was a surreal experience, especially for a small punk band like us to be exposed to such a large audience. We had a lot of fun and got to meet some great people!”

LTW. What made you enter the competition in the first place, and what has the reaction been?

“The programme was created as an ‘anti-talent show’, a documentary about bands who play their own music purely for the love of it, and work regular jobs to make ends meet as most bands do nowadays. I think that’s what sold it to us. We didn’t really expect to be asked to be on the show when we applied, but when we were it seemed like too good of an opportunity to miss! We’ve had a lot of new people interested in the band and listening to our music since it aired and that really means a lot to us.” 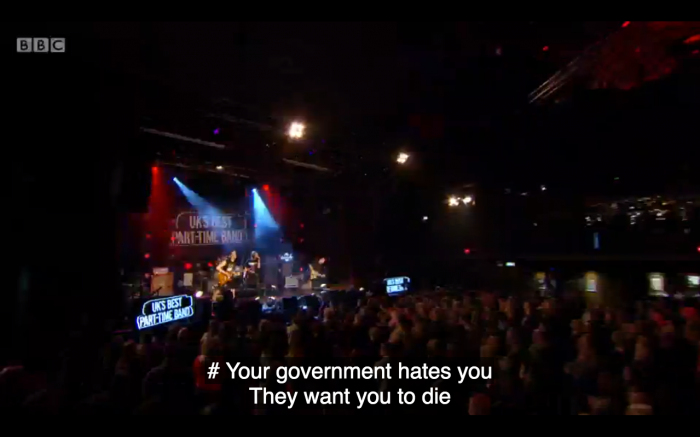 LTW. Though being beaten by one of Midge Ure’s band’s must have been pretty galling – that said he turned down the chance to front Sex Pistols, so what does he know!!

“Haha that’s very true, but we could never stay mad at Midge he’s such a lovely bloke!”

LTW. Clearly the TV Show made a play out of your ‘real’ professions as Doctors – though neatly avoided the reason for picking Cadavers as the band name – what’s the history of the band, where and when did you come together; have any of you been in previous bands?

“We all went to university in Sheffield together. Cash and Jim formed the band in 2013 and Rob and Adam joined later on after our former bassist (Jon) and drummer (Daley) moved away from Sheffield to pursue careers elsewhere after university ended – all on good terms of course!

We’ve all been in bands before and some of us within various different genres including jazz-fusion and synth pop. It’s a pretty unusual mix for a hardcore punk band but ultimately it helped us to create an unconventional sound! As for the name, it came to us when we were dissecting cadavers at med school, and thought that would be a great name for our punk band. It’s a suitably visceral representation of our music!”

LTW. Your sound is aggressive, modern hard core – considering your ages, certainly way younger than myself, what was your route to hard core; were you guided by elder brothers, mistakenly wandered into the wrong gig?

“Music has always been important in our lives and we’ve all been going to gigs since we were very young. We’re a hardcore punk band because of the loud, fast aggressive style which makes it so much fun to play. It’s unique in that sense compared to any other genre. Nothing beats a good old fashioned mosh pit.”

LTW. To date you’ve put out three digital EP’s the most recent being ‘Visceral’ back in 2015; looking back to the 2013 ‘No Relief’ debut its clear your sound has evolved into something much more aggressive, though perhaps with a technical edge – I’m guessing that evolving sound is important to you?

“We’ve matured as a band a hell of a lot since the old EPs, even since the last one which we brought out about a year ago. Since the beginning our ethos has always been to say and do whatever we feel like without worrying about image and branding, but with the new LP it also feels more like we’ve actually found our sound. The music, lyrics and production in ‘Death & Taxes’ in our opinion far surpasses the older stuff.”

LTW. Lyrically, and as made clear during the UK’s Best Part-Time Band – you certainly aren’t afraid to express yourselves; I’m guessing that aspect of the creative process is particularly important…

“I’ve always been a big fan of Jello Biafara as a lyricist. I like the way he uses humour and satire. When I’m writing our lyrics I try to emulate that, although stylistically the vocals are a bit more aggressive. We’re living in a time where we’re all disillusioned with modern culture and the establishment, and that’s what most of the songs are about. It’s an avenue to express our opinions and vent our frustrations.” 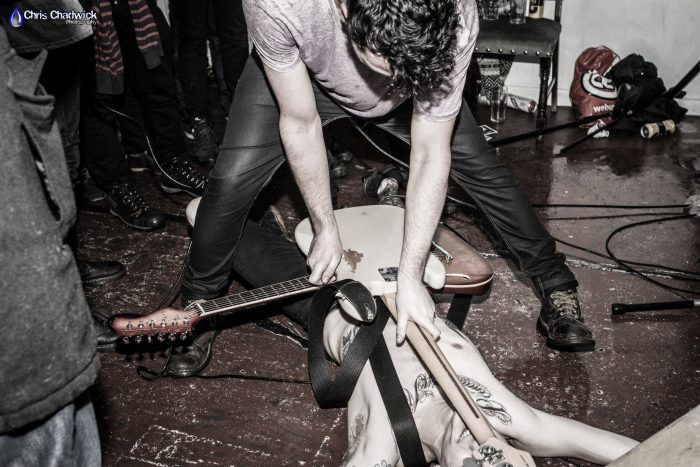 LTW. On a more down to earth level, how are the songs constructed – collectively or do you work alone then present ideas?

“We tend to jam things out musically. We’ve played together for long enough now that we can write a full song in half an hour just jamming it out. After we have a basic skeleton we refine it and add our personal touches through each separate instrument, and in that way a song can change several times before it’s recorded. All the lyrics are written according to how the song sounds in the end.”

LTW. There is an album due soon ‘Death & Taxes’ – the two things you can’t avoid!! Tell us how that came about – label, release date etc; I believe you will be touring the UK and Europe to promote it – any particular festivals you can tell us about etc 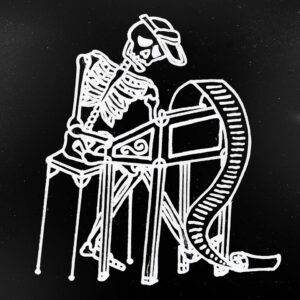 “Exactly! It’s a great expression, and perfectly reflects the bleakness of modern times. That’s why we chose it for this LP. We’re releasing it this month and we’re very excited for people to hear it. It’s completely DIY. We’ve recorded it at our own studio, we’ve produced it and we’ve even drawn the artwork for it ourselves!

LTW. The “bleakness of modern times” – since we began this the UK has chosen to leave the EU, a new PM has been appointed; and Jeremy Hunt has retained his post as Health Secetary – you clearly have strong emotions about these events.

“As you can imagine, we’re strongly opposed to the current Conservative regime. They’re a plague of liars and hypocrites lead by a madwoman. They’ve caused a rift in our society through their self-serving Machiavellian career politics. It’s hard to understand how they can justify austerity cuts to our health, education and welfare while they spend 30 billion on nuclear weapons…and ss for Jeremy Hunt, you really couldn’t print what we think about him. It all just adds fuel to the fire for us.”

“Yes of course! We think it’s important to exercise the right to protest and freedom of speech. The politicians need to remember that they work for the people and not the other way around. The NHS is obviously something we’re all passionate about and we don’t want to see it destroyed.”

LTW. What do you think will happen following Brexit – it may well become harder for small bands to escape the UK.

“It’s hard to say exactly what’s going to happen, but it’s surely going to have a massive impact. It will probably be much more expensive and difficult for smaller bands and promoters to arrange European tours. We get some of our merch printed in Europe, so that could also be more expensive to import those goods to the UK depending on the new trade barriers. It’s a big issue that and it doesn’t really seem like the government has considered the impact on our music industry. It hasn’t had much media coverage, despite the fact we have one of the greatest music cultures in the world!”

LTW. So presuming the UK doesn’t implode whats next for Cadavers?

“We’re planning to tour the UK and play some festivals. We’d also love to play some European dates as we have a few fans across there and Europe has some great cities to play. The exact dates are still to be confirmed but we’ll be concentrating on that once our LP is launched so watch this space!”

LTW. The album comes out, does well, really well – your booked for Glastonbury, Download etc; you have to make a choice; stethoscope or mosh pit?