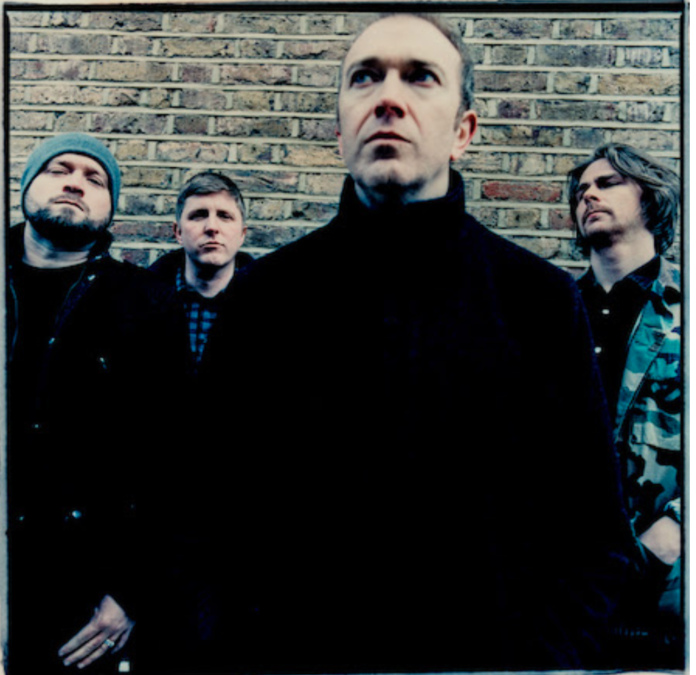 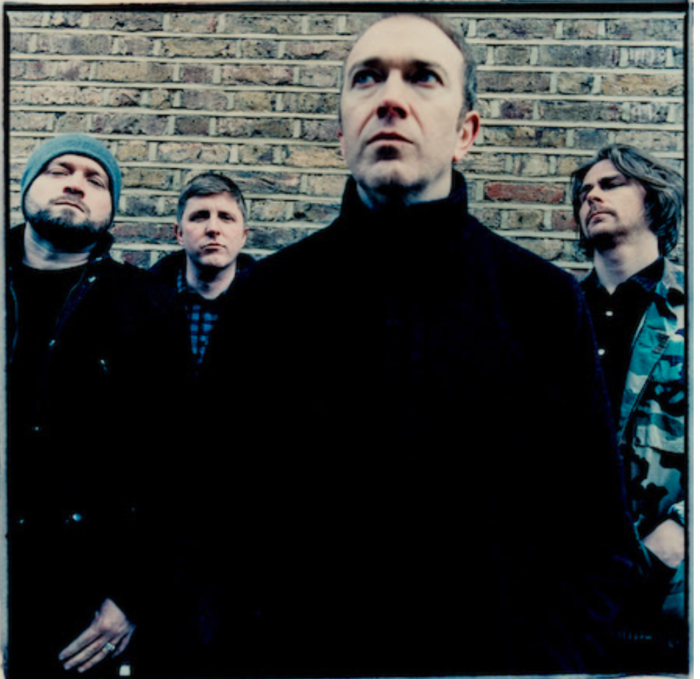 IMPERIAL WAX SHARE A BRAND NEW VIDEO FOR THE NEW SINGLE “BROMIDIC THRILLS“
BAND SHALL TOUR THEIR DEBUT ALBUM GASTWERK SABOTEURS THIS OCTOBER/NOVEMBER
Imperial Wax proffer otherworldly primal noise rock that’s both animalistic and shamanistic, like a coyote, its mouth frothing from peyote, has drifted from the high plains in order to prowl the Pennines.
Following the release of their debut album, Gastwerk Saboteurs earlier this year the four-piece, which includes three 11 year veterans in the longest serving and last line up of The Fall, share a brand new single on Louder Than War Records (You can buy it from here)  UK (DL/LP formats) and Saustex for North America (limited LP format only) coinciding with tour dates – see below.  A new follow-up album is also expected in 2020.
Oxymoronic by name, demonic by nature, there’s nothing platitudinous about the heinously noisy but insidiously hooky rocking and rollocking of “Bromidic Thrills.” Meanwhile the B-Side “Bloom & Wither” is not so much a shrinking violent as inherently violent, dripping with barely restrained malevolence and murderously melodic intention ending with fully-flanged explosive bombast.
About the new single, vocalist and guitarist Sam Curran remarks…”Bromidic Thrills is a pure release of frustration that was written very quickly and initially void of being attached to any sort of tune or song, just a pure vent about a multitude of negative factors. Mainly myself, my choices, where I live, what I want to do with my life and who I want to do it with. Contradictory desires locking horns. Feeling anchored. Peering over the walls I’ve built around myself and the walls that living in a small town built for me. Thwarting my own future with complacency and slipping into a casual state of mind.”
Drummer Keiron Melling continues…
“We wanted to try a different production technique and capture a more raw live feel for this recording. We picked Greenmount Studio in Leeds because we liked the idea of recording to tape and they have a nice gear selection. ‘Bloom & Wither’ was done in the first take with vocal and trumpet overdubs. The idea was to make it a song of two halves, with the front half sounding like a rockabilly/cowboy car chase, and the second half sounding like you just fell out of a pub after a lock-in. We invited Jack Davis along from Mansion Of Snakes, after seeing their set at Long Division Festival and thinking it would work well with the tracks. He nailed the sound we were after so we decided to have trumpet on the single ‘Bromidic Thrills’ again, with the same live approach with only vocal and trumpet overdubs. I get a kick out of the speed recording approach because it doesn’t give you time to agonise over the slight imperfections like I think really adds the character to the whole feel.”
IMPERIAL WAX LIVE DATES:
Wednesday 23rd October – Nijmegen Netherlands, Merleyn doornroosje
Friday 25th October – Berlin, Germany, Kantine am Berghain
Saturday 26th October – Amsterdam, Netherlands, London Calling (Paradiso)
Wednesday 6th November – Dublin, Ireland, The Sound House
Thursday 7th November – Limerick, Ireland, Kasbah Social Club
Friday 8th November – Galway, Ireland, Roisin Dubh
Saturday 9th November – Belfast, Ireland, Speakeasy
Thursday 21st November – Southampton, Joiners
Friday 22nd November – Milton Keynes, The Craufurd
Monday 25th November – Sheffield, The Leadmilll
Tuesday 26th November – Stafford, Redrum
Wednesday 27th November – Leicester, The Cookie
Thursday 28th November – Edinburgh, Sneaky Pete’s
Saturday 30th November – Preston, The Ferret
Read on for more about their debut album Gastwerk Saboteurs and revisit the album HERE…