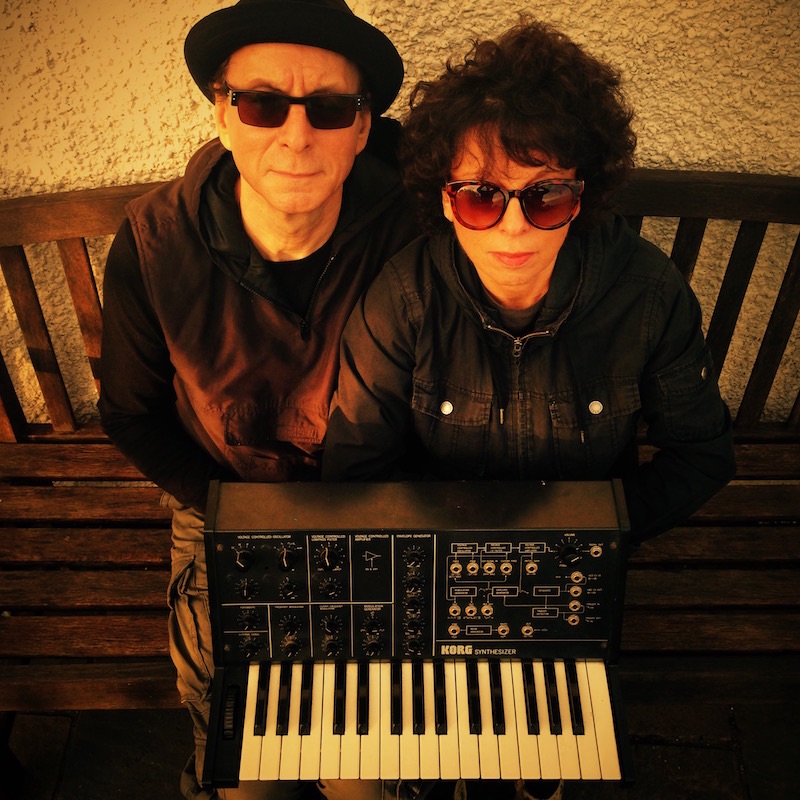 Malka Spigel (Minimal Compact) & Colin Newman (Wire) have shared a new track & accompanying video for the first release from their minimal-techno & ambient project, Immersion. ‘Analogue Creatures’ will be released on 10” vinyl via 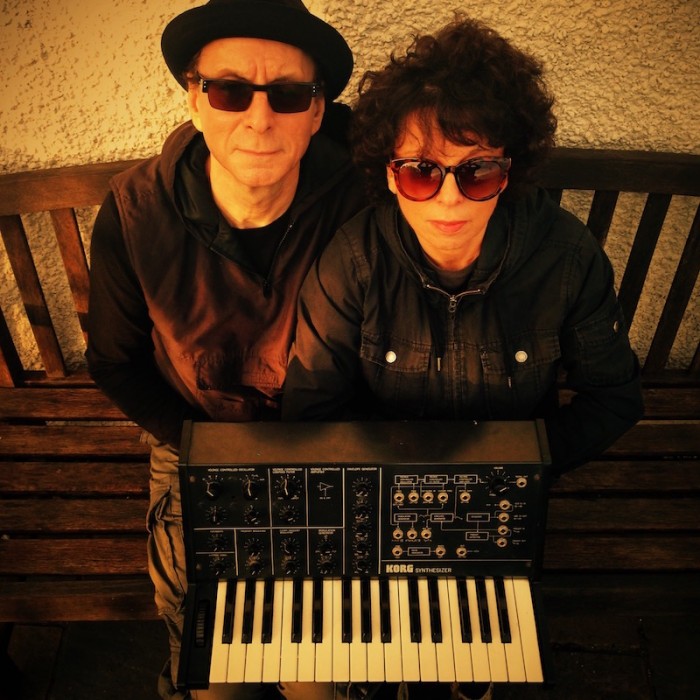 The EP opener ‘Always The Sea’ sets the scene with the gently propulsive guitar lines set against an entrancing dronescape. It paves the way for a subtle yet invigorating record, awash with colour and light.

The video for ‘Always The Sea’ consists of only two continuous clips both shot by Malka out of the window of Wire’s van driving towards San Francisco on 18th November 2013 as the sun was starting to set.

“It wasn’t our plan to do that,” explains Colin. “It’s just that when we combined the video with the music it took on this magical quality that we immediately knew would not be improved by any “clever” editing or effects. In that way the images & music work on the same level – “Immersion in motion””.

Dormant since 1999’s ‘Low Impact’, Immersion revived the project after an unexpectedly inspirational synth-based shopping trip in New York at the end of Wire’s US tour earlier this year. Inspired by the natural sounds of their new home of Brighton, and incorporating guitar parts for the very first time, the long awaited fourth chapter in Immersion’s career is an entrancing and expansive offering.

Immersion came into being in the early 1990s, against the backdrop of the European minimal techno scene. This offered an immediate context for them to pursue the instrumental electronic work on which they had already embarked, driven primarily by Spigel’s natural affinity for abstract, non song-based structures — a creative area she’d been exploring Oas far back as the mid-1980s in Brussels, on home recordings with Minimal Compact band mate Rami Fortis.

The duo’s first record, Oscillating, came out in 1994, followed a year later by Full Immersion, a collection of remixes by a diverse global cast of DJs and producers, including Claude Young, Mick Harris, Gez Varley, Mark Gage, Fred Giannelli and Trawl (Robin Rimbaud/Scanner). A third record, Low Impact (its title inspired by architectural design theory, not aerobics), appeared in 1999.

The methodology behind Analogue Creatures remains fundamentally similar to Immersion’s intuitive modus operandi of the ’90s. “It’s all about analogue synthesizers and layering,” says Newman. “You begin with one part and then play on top of it, pass after pass, building up a track with loops of synthesizer and making an arrangement out of it. It’s very organic: there’s not a real sense of direction, it’s just the shape it comes out.”

Spigel and Newman feel that this predominantly analogue, manual approach streamlines and accelerates the composition and recording processes, avoiding some of the opportunity overload and option paralysis that can come with working in the digital domain: “You can make all this stuff in the digital world,” Newman allows, “but there’s something quite fast about doing it analogue: it’s hands-on. That’s what’s good about it.”

Despite that continuity, there’s also some departure from Immersion’s original synthesized template. Spigel explains: “There was no guitar ever on early Immersion — it was all synth. That was how we started, but I had a strong feeling this time that we couldn’t just repeat the same Immersion that we did a long time ago. I felt it should make a step forward and do something it hadn’t done before, which is what it did with the guitars.” Underscoring the fluidity and interchangeability of the musicians’ roles in Immersion, it’s actually Spigel, a bassist, who contributes several guitar parts. On the mesmerizing, Roedelian “Slow Light,” she plays Newman’s electric 12-string through an organ pedal, in the process mysteriously transforming the guitar into a spinet.

Although the track titles came after the completion of the work and were only randomly assigned, they’re not without significance — offering glimpses of the natural environment that’s currently inspiring Newman and Spigel. “We’re so close to the sea,” says Spigel. “It’s less than 10 minutes away, and it’s different each time you see it. You notice the light and the quality of the air. Every hour it looks different. And we’ve also been inspired by sound — the natural sounds in particular, like the seagulls.”

In the context of these observations, titles like “Always the Sea,” “Shapeshifters” and the synesthetic “Slow Light” make perfect sense. Ultimately, however, the titles resist any fixed meaning and simply gesture towards the broader appeal of these tracks, with their open-ended, kaleidoscopic identities. “Shapeshifters” is a case in point: maybe it alludes to sea- and cloudscapes in constant flux or to the subtly changing patterns of Spigel and Newman’s quiet, trance-inducing electronic canvases, or perhaps something else entirely. Whatever, it embodies the essential character of Immersion: “ ‘Shapeshifters’ is a title that fits us as well,” Spigel says. “We always do something different.”