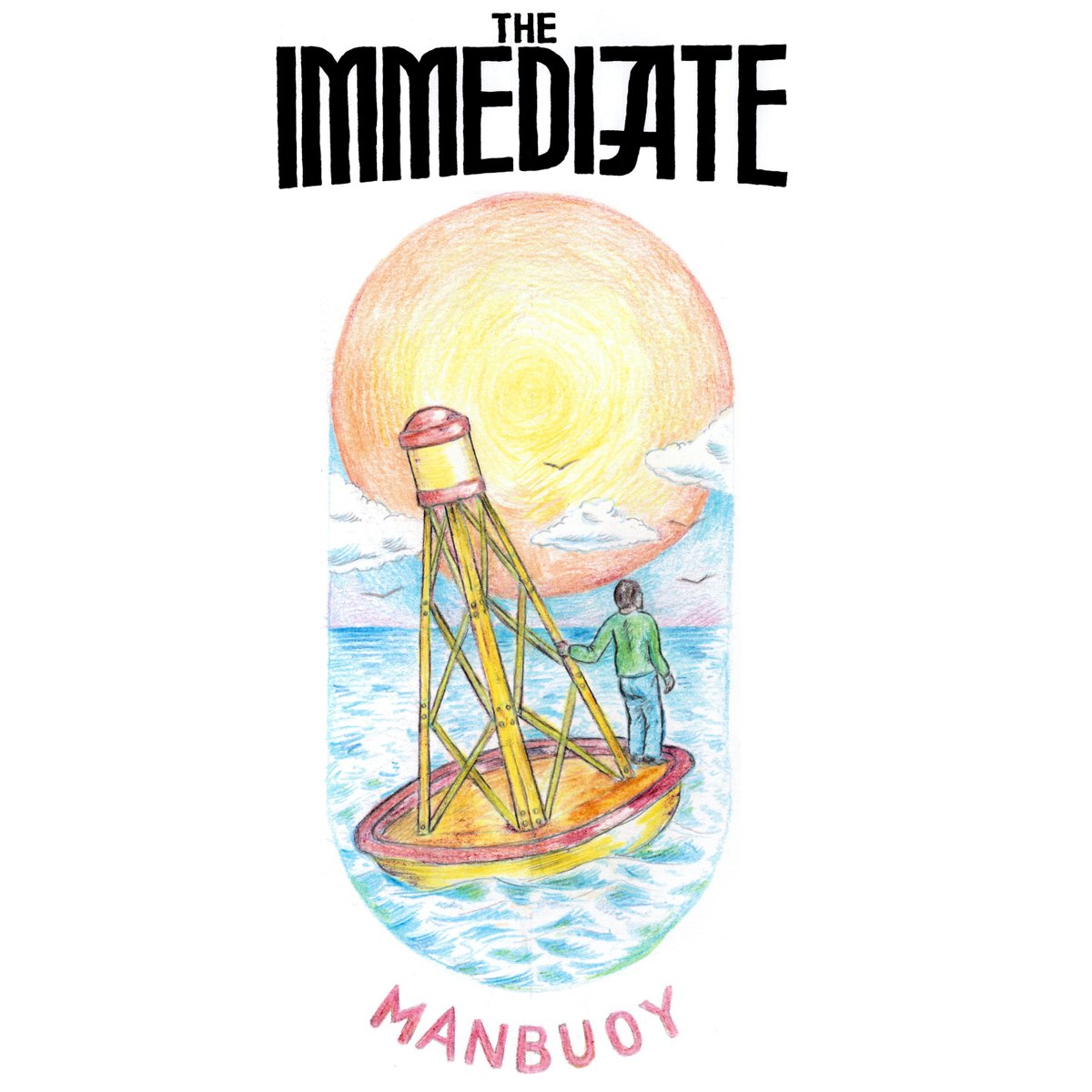 The debut album from the Chester based trio inspired by the greats of guitar driven indie pop and packed with spirit and energy.

And tripping further along the A55 there are  plenty of strong associations with the North Wales patch, a prime pitch for gigging; as well as their  Mold EP, Manbuoy was recorded in Penmaenmawr – no longer just a stop on the Holyhead train line. And again, like the Mold EP, Manbuoy reveals a set of songs that powerfully resonate – what they’ve called “a clarion call of defiance in the face of poverty, breakdown and loneliness”. A plain-spoken welcome to the modern world. One where they openly admit that music rarely changes the world yet provides a terrific soundtrack.

Wise words from a band who are a band who are passionate about guitar based rock and roll and show it, despite an opening few seconds of soundbite that might suggest a Pink Floyd style trip, Not Shabby grabs the guts with an urgent three minutes of guitar thrill.

The Manbuoy title track, previously appearing on their Mold EP, is mysteriously omitted from on the album. A track that’s a mostly spoken-word piece that exaggerates all of its writer’s worst qualities –  stand up Adam Thomas Walton – perhaps a wise decision on a debut album. Although hey, it was a trick deployed by Led Zeppelin – remember Houses Of The Holy? That track didn’t appear  the album but was shelved for the follow up Physical Graffiti. Unlike What’s the Matter Kevin Jones? that starts on  both  EP and album teamsheets and follows the maxim of songwriters writing about what they know;  in this case the unremarkable Welsh market town and referencing absent friends. A combo of more aggression and sharp jerky stabs typical of the raw and organic production.

Alongside some early U2 harmonic Edginess and jangly rock peppiness, The Immediate could conceivably be the Welsh REM. A focus on songs, there’s a lack of indulgence, the wah wah pedal guitar gymnastic at the end of Shadows And Ghosts possibly the only culprit. The almost ten minutes of Seagull is intriguing when paired against the concise  four minute pieces; developing into an arrangement reminiscent of some of The Who’s trailblazing moments no-one can complain of a Townsend songwriting analogy. Once it passes those crucial four minutes the trio get down to five minutes of  exhilarating and liberating experimental high jinks that ends in fading feedback. Presumably no instruments were harmed in the process and although there’s an acoustic coda with Postcards, it’s a ambitiously monumental ending.

You can listen to Not Shabby from the album here: