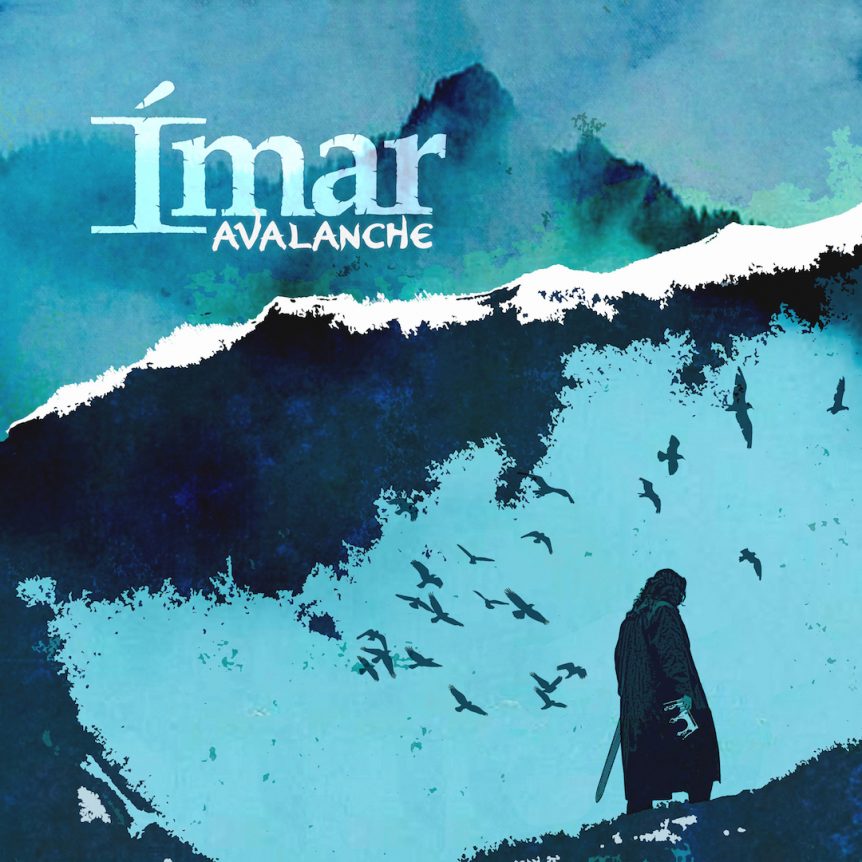 After being seduced, nay revved up by their 2017 Afterlight album and then by a frantic appearance at a local folk festival, the wait for new product from Imar fortunately wasn’t a long one.

The 2018 Folk Award winners  (Best Emerging Act) led by the Folk Awards 2018 Musician Of The Year, the ebullient Mohsen Amini who makes the concertina the coolest instrument ever, are once again tearing things up. The burnt umber  shadow of the king from Afterlight now cuts  a more forlorn figure on Avalanche; crown in hand as he downs arms and contemplates his fate. You’re guaranteed that he won’t have bigger holes in his jeans than Mohsen Amini. Maybe. And you wouldn’t be far wrong if you felt the character resembled Aragorn from Peter Jackson’s Lord Of The Rings even though it is actually the Norse Gael king Imar. Whatever. Perhaps he needs to get some Imar on his iPod to rouse his spirits.

Not surprisingly, the melting pot that brings together Scottish, Irish, Breton and Manx influences via elements of Talisk, Barrule and Manran is a complex one. However, as Paul Hollywood would say on Bake Off – “it wheeerks.”

Dazzling, enchanting and downright fist pumping although again, it would be Mohsen’s bare knees poking through his pants that are doing most of the pumping. We’ve used the term frequently, but these bright young folk don’t just bring  a new and fresh breath of life to the folk field, they surf  in on the crest of a tidal wave.  Evidence? Deep Blue opens Avalanche with what must be trademark Imar; just count the notes and try to keep still. Driven by the bubble of Adam Brown’s bodhran it’s a typical example of the seamless blending of tunes that you find pervades the folk genre yet Imar have it off to a tee. The Revenge and Third Attempt tune sets do a similar job; festival rabble rousers guaranteed.

There are moments of tranquillity as slower airs allow for some time to take a breath and also to take stock. Towards the close of the forty one minutes, Be Thou reins things back in a more Spartan arrangement where space is the main player; very much in the same way that Lau create a mood with the minimal to the fore. What they call less is more. It only goes to emphasise that the Trip To Novi Sad tune that closes the album with a bright and lively note and the inevitable urge to repeat the whole experience.