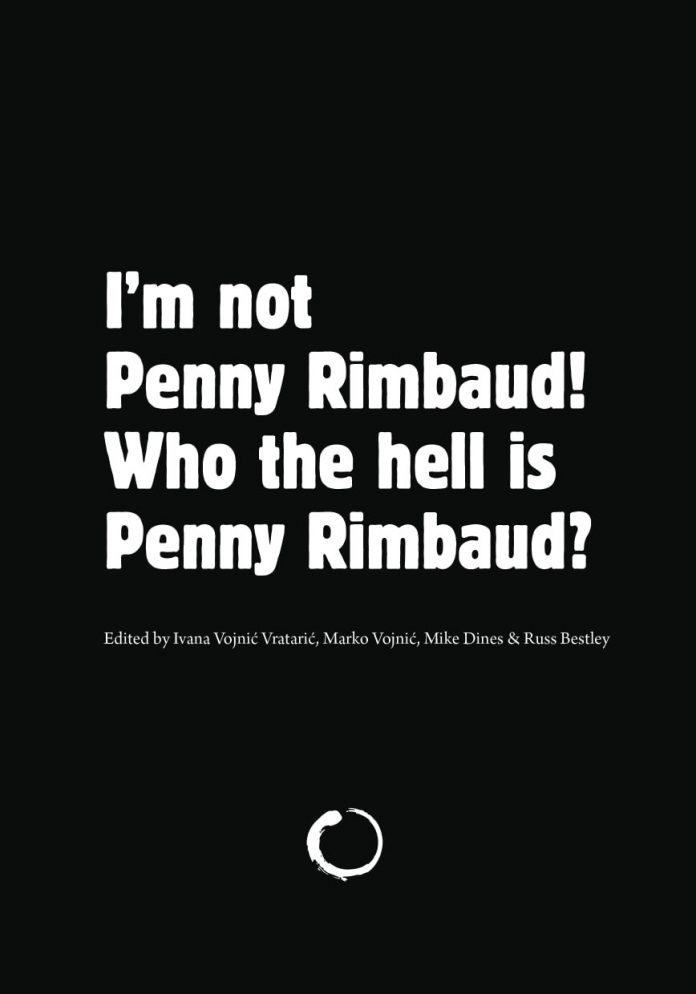 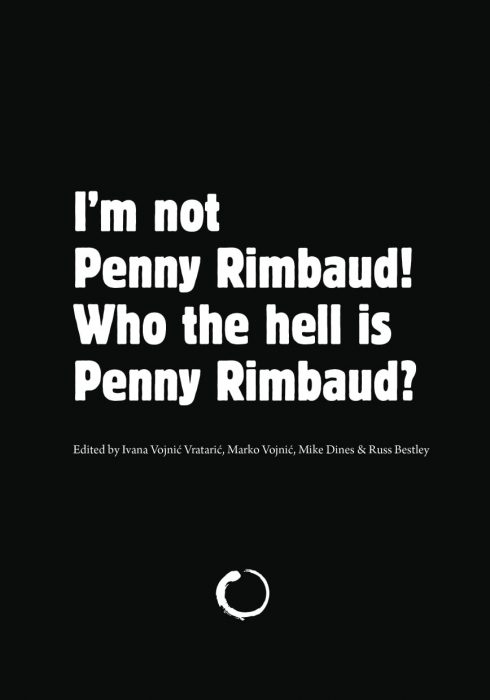 This book is described as a limited-edition catalogue of Crass related artwork exhibited at Living Room Gallery in the Rojc Social Centre in Pula, Croatia in May 2019. However, it is much more, including an interview with Penny Rimbaud, a Rimbaud essay, notes on the exhibit and reflections on the impact of Crass, says Nathan Brown.

Despite the fact that the 200-copy print run of I’m not Penny Rimbaud… by Itchy Monkey Press has sold out, I feel a review is deserving to draw attention to the work of Itchy Monkey Press. I realise that also puts this piece in the territory of a Bullseye style “Here’s what you could have won”. I’ll whet your appetite and you won’t be able to satisfy it.

When I first saw the title I was dubious. I thought the book would be more of the former Crass member’s existentialist musings. Some of Penny Rimbaud’s recent output has hit the mark but at other times I feel it is lost on simple folk like myself, veering into territory I would uncharitably label as psycho-babble. This has always been the problem for philosophers – while they are alive at least! They can suffer supplicant sycophancy or blind faith from their devotees which creates an Emperor’s New Clothes dynamic.  Or they can be questioned as to their relevance and potentially dismissed.  He’s not the messiah, he’s a very naughty boy.   Thankfully, the core of the book is more grounded.

A brief foreword by Mike Dines sets out the purpose behind the book and its relevance. Marko Vojnic’s introduction reveals the importance of Crass to his own development and the continuing relevance of the band, while setting out the context of how the exhibition at a social centre and Rimbaud’s appearance at it came to pass. This in itself is testament to the power of DIY and mutual aid values which Crass helped to popularise. Penny Rimbaud’s essay Shipwrecked in Pula ploughs an existentialist, zen-like furrow. However, the really interesting part is the transcript of a live conversation Rimbaud had with Iva Horvat at the exhibition. Some of the content is familiar but one of the interesting facets of Rimbaud is that he is an engaging storyteller and often drops in new nuggets of information or interpretation which bring light to the understanding of a band that ceased to exist in 1984 but still interests and resonates across the world.

The images that made up the Crass Records exhibition in Pula are then laid out on the following pages (at which point book designer Russ Bestley deserves a mention). The covers of almost every Crass Records release were featured, accompanied by collages from Gee Vaucher’s International Anthem publications. To see them all together is not just a reminder of the shock of their visual imagery but also how important Crass were in connecting and nurturing the anarcho-punk counterculture of the 80s. This section is followed by a short piece in which Rich Cross revisits the origin and meaning of the Crass logo.

An afterword by Marko Vojnic reflects on the ongoing legacy of Crass within anarchist punk counterculture and punk subculture, explaining the difference between the two. Finally, the impact of Crass is demonstrated with a case study – a piece about Woodland Records (“Dub for social change”) by Matt Martin and Billie Egan.  Inspired by Crass and putting the ideas into action.

In attempting to comprehensively cover the whole story, writing about Crass can risk straying into the long grass of small details and losing the reader in the process. I guess the problem is that so much went on of interest.  The brevity of this volume is, I think, its strength. This book can be devoured in one sitting, or rationed as you see fit, but the impact of Crass to the current day still shines through.