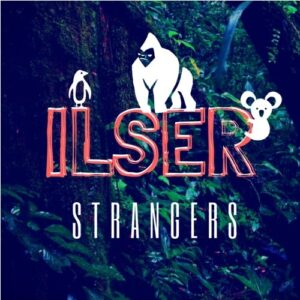 Louder than War have a sneak preview of what ILSER has been up to over the last 12 months.

The last time I reviewed the mighty ILSER, I finished off my review with the sentences “And with Rachael Whittle they have a fantastic front woman who has enough balls to supply Wimbledon twice over. ILSER are too loud to be ignored. Ones to watch (and hear!)”

Well, thank the lord that ILSER got in touch and revealed that they have “a link to a newish track we recorded over the summer – it’s probably going to be on our next EP. Thought you might appreciate it!”

Well what a surprise and yes i do appreciate it! The track starts with some nice tempting guitar to start that leads onto some nice drums. At this point you get to know how great the production is. The drums? Steve Albini surely? The production on this track is superb. The ‘megaphone’ vocals are ramped up and very insistent and struggle to compete with the loud and augmented noisy guitar throb.

On the second verse you get more ‘phoned in’ vocals on top of the megaphone ones and this just adds a fantastic element to the vocal deliveries. And both together you get a nice chaotic noise. The overall effect washes over you like a wave of malignancy and something you are unable to predict. Powerful stuff.

And then suddenly, the track is over before you realise what has happened to you. And once you get to the cupboard to get some paracetamol, you will want to do it all over again……and again……ILSER are brilliant.

Here’s to the rest of their new output.