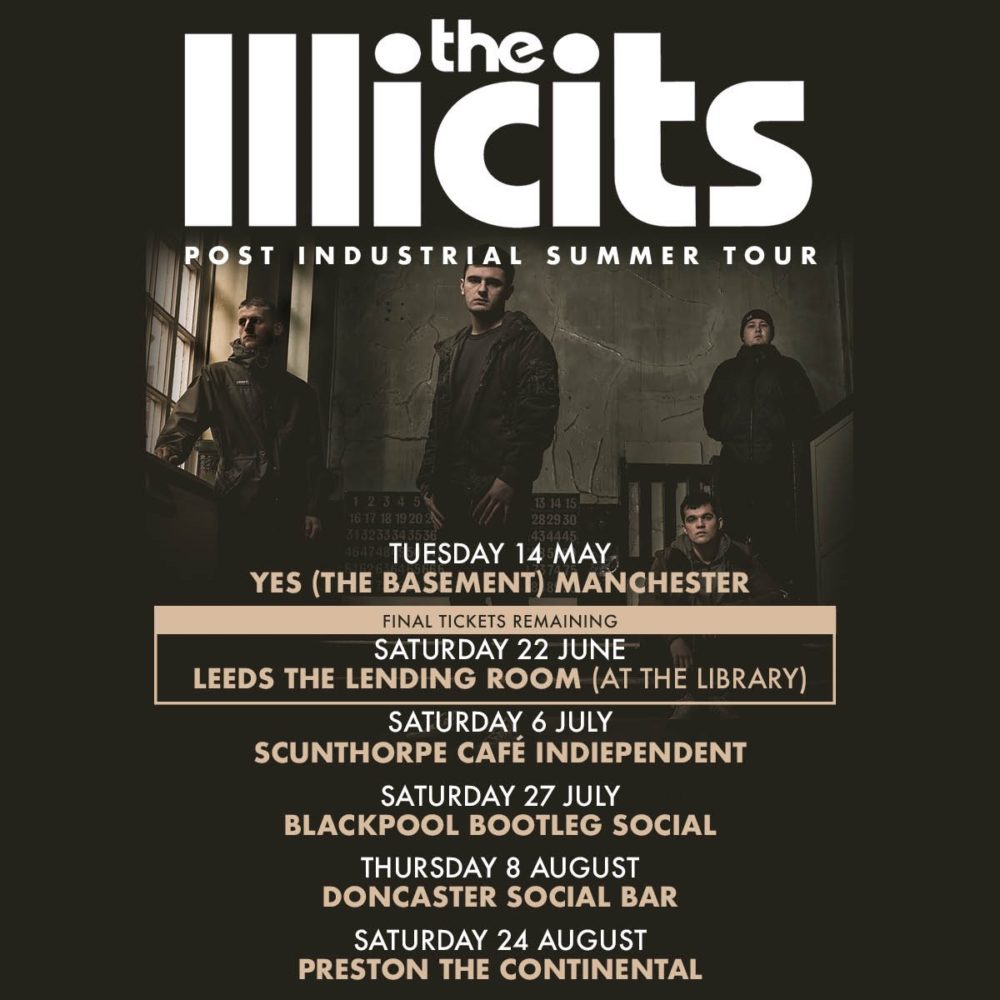 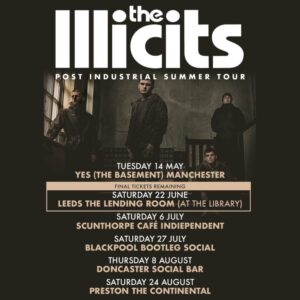 NEW SINGLE ‘IN WHAT WORLD’

Forming in 2017 and taking inspiration from their working-class predecessors; Joy Division, The Stone Roses, The Jam, whilst championing their own Blackburn roots, this ground-breaking quartet, who are the third signing to Alan McGee’s Creation23 Label, The Illicits, consists of George Richards (vocals), Brad Hayes (lead guitar), Joe Mitchell (bass) and Matt Cottam (drums).

Already receiving widespread attention, their music reflects their post-industrial northern attitude; overdriven, heavy rhythms, blended with melodic guitars and the stark honesty of punk rock. Without even having a single released, the band have already sold-out a hometown show at Blackburn’s Electric Church, appeared and performed on seminal TV show Soccer AM, and sold out their upcoming 450 capacity biggest performance to date at Clitheroe’s, The Grand, in under 48 hours since going onsale.

From gaining support from Blackburn Rovers, who have been screening the new video on the half-time screen at every home game to support slots for DMA’s and The Zutons, The Illicits announce their first headline string of shows ‘The Post-Industrial Summer Tour’. The tour will see the band performing around the country’s former industrial areas, on what threatens to be a career-defining circuit for the band, cementing their place as one of the North’s newest, most-exciting talent.

Tickets for The Illicits ‘The Post-Industrial Summer Tour’ go onsale Friday 3rd may at 10am via www.gigsandtours.com and www.ticketmaster.co.uk

TUESDAY 14 MAY YES (THE BASEMENT) MANCHESTER