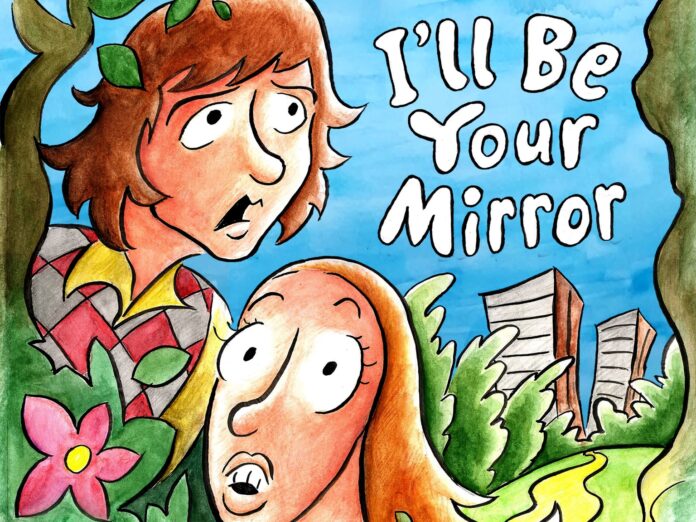 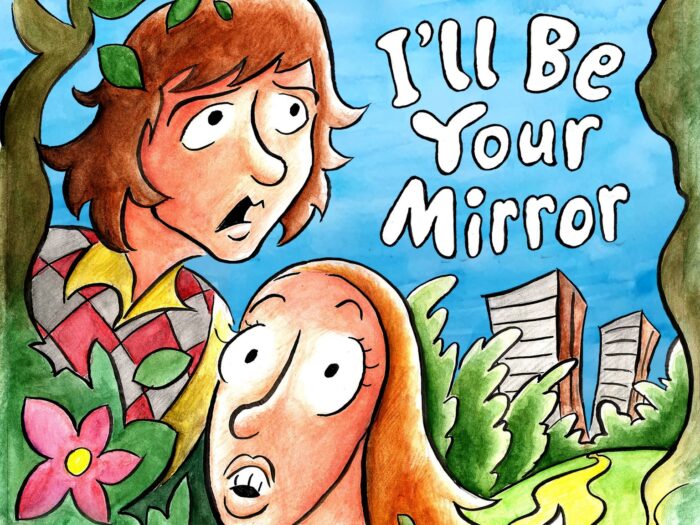 Legendary son of Salford and for over thirty years front man of The Fall, Mark E Smith has been labelled many things, but Comic Book star probably not one of them. That however may be about to change as he and ex , original Fall member Una Baines are the two central characters in Una’s memoir, I’ll Be Your Mirror, illustrated and co written by Keith McDougall.

The journey begins when they meet in Manchester as 15 year olds and follows Una’s early journey of musical, spiritual, and political exploration.

Despite both declaring a dislike for Fairgrounds that is where Una and Mark first meet. As many an ex Fall member will testify, Mark has never struggled with doing things his way. Early signs of such are evident when Una having declined his offer to join him on the ghost train, preferring the Big Wheel, found herself alone on that ride whilst Mark patrolled the fairground in his oversized tweed jacket and drainpipes.

Courtesy of Marks record collection Una swapped Glam Rock for the Velvet Underground, announced that she was an atheist whilst in the confessional box and actively participated in the feminist movement. Already intrigued by LSD, when Mark asked Una whether she had ever dropped acid, it was not long before she joined him on such a voyage of discovery. During this trip Keith’s illustrations come into their own, figures appearing on the pages who would not look out of place on the cover of a Fall album.

For Mark, what has become a lifetime of debating life’s issues on licensed premises first began with Una, where she was able to exert her opinion sufficiently for Mark to join her on demonstrations and engage in a spot of fly posting.

At Una’s Mothers house one day, in horror at hearing the strains of Van Morrison songs from the next door neighbour’s band Mark springs into action. Within seconds he has taken over proceedings. The drummer and guitarists caught like rabbits in a headlight as the intruder advises how he wishes the beat to be played out, with the key message ‘nothing fancy’.

In the final scene Mark is seen, as he has been for the past 40 odd years, microphone in hand broadcasting his thoughts in his unique style. The words ‘To be continued’ leave the reader in hope of Chapter 2 and beyond.

All words by Dave Fisher. This is Dave’s first piece for Louder Than War.