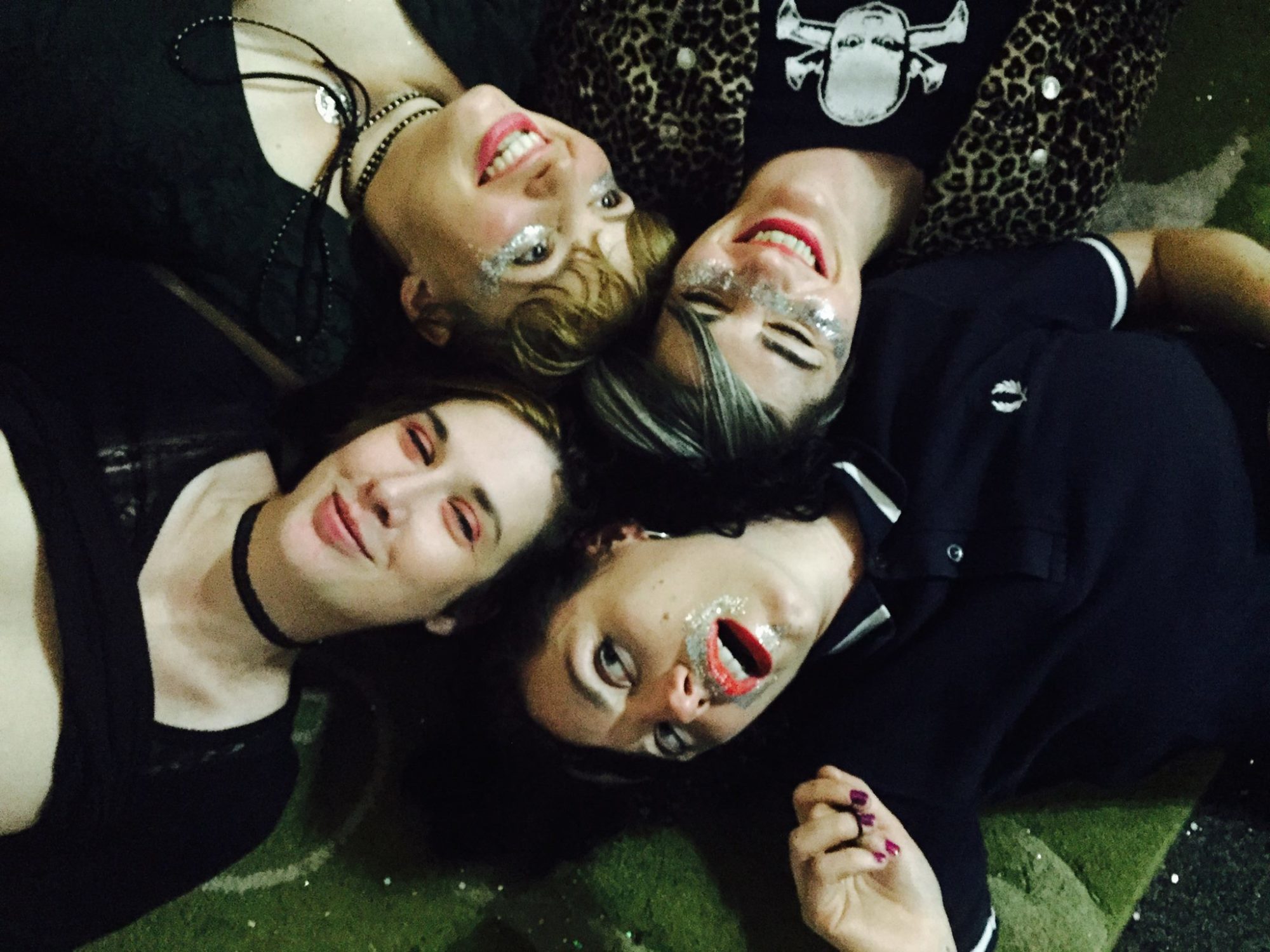 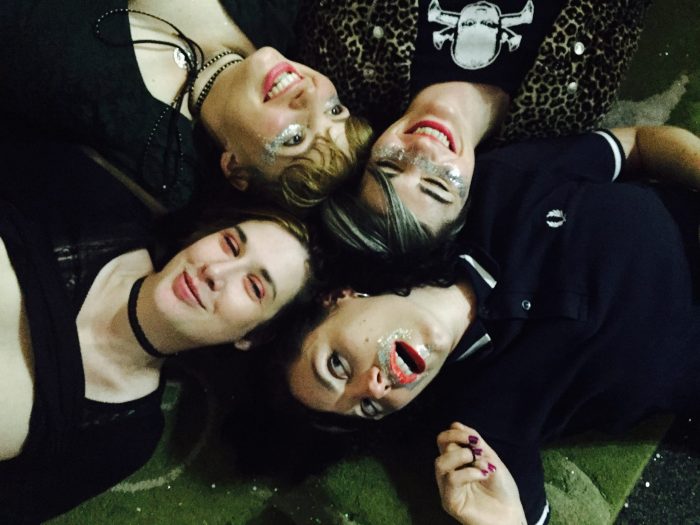 They jump genres, sing about Space Dick and revel in disobedient all-woman noise. Are you ready to get ILL? Louder Than War’s Emily Oldfield certainly is…

Ultimately, this four-piece from Manchester (with collaboration from former member Sadie Noble) craft creative noise which still manages to be catchy and ever-contemporary, taking an ironic swipe at the past whilst also projecting fantastical futures.

ILL are a bit like post-punk feminism shot into space, pounded with wonky pop and pushed through a blender of blistering riot grrrl. And that might not even be close. The type of tunes which take you to the brink so you can lose it.

Ripping the piss out of patriarchy in a provocative, foot-pounding – and notably, fun – way; with plenty of outer space and invented personas involved. Irony meets intelligence meets inventiveness. And they’re a band to watch, for sure.

With the current line-up of Harri Shanahan on vocals and keys, Fiona Ledgard driving the drums, Whitney Bluzma adding blistering bass, plus Tamsin Middleton with gutsy guitar and vocals – you’re in for a sonic treat. On occasion they are also joined with fantastic collaboration from former member Sadie Noble, who works with contact mics, tapes and sound effects to add that gravity-shifting, galactic effect.

1) What has the last year involved for ILL?
“We’ve been recording our album and getting it mixed with our producer and advisor John Tatlock. Sadie has left us and is making weird and wonderful music as Nummo Twin, but she’ll be back – on contact mics, effects and tapes – on our album tour next spring. Tamsin (Middleton, of Mr Heart, LIINES and AAAK) has joined us on guitar and vocals and is making the role her own with her own particular Ill-ness.

“We have written some new tracks, and played a lot of gigs. We particularly enjoyed The Great Escape in Brighton and Sea Change Festival in Totnes, as well as Manchester’s own Fat Out Fest in Salford.

“We went on our first trip outside the UK supporting Mike Watt’s Il Sogno Del Marinaio at WORM in Rotterdam last year, and we’ve had the surreal pleasure of hearing a 100-strong crowd chant “Space Dick!” in a marquee outside HOME gallery at ¡Viva! Fiestas festival earlier this year.

“And last but not least, we have just had our very first BBC 6 Music spin for ILL Song on Marc Riley’s show, which we are all really chuffed with.” 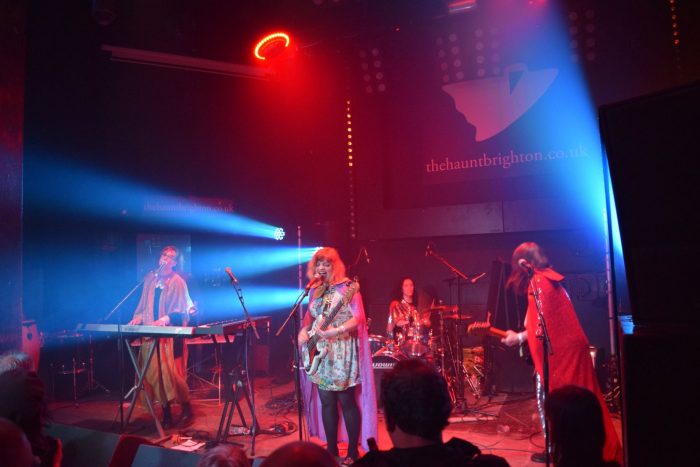 2) Do you think your noise is just as ‘disobedient’ as when you started – or has this in itself had to shift considering shifting public tastes in music?
“One thing we’ve decidedly never given a stuff about is public tastes in music. We’ve been described as ‘defiantly unmarketable’ but it turns out that a lot of people like a big, angry racket. It’s a collective catharsis when we write and perform, and an important pressure valve too.

“Being female in a sexist world is still incredibly claustrophobic, and we are all genuinely angry about the kinds of attitudes about gender and sexuality we see all around us. Women, and nonbinary people perceived as women, are still expected to some extent to be somewhat submissive, somewhat gentle, and we feel driven to challenge that.

“We aren’t going to be quiet, pleasant and decorative. We are going to make our presence felt, and it’s worth all the graft when women approach us at gigs to say we made them feel like starting a band. Because taking up space and making a statement are not and should not be just for the boys. That’s why we say we are disobedient.”

3) Tell us about one of the most memorable live experiences you have had recently?
“Sea Change was pretty great. We were on The Quietus stage, along with Trembling Bells, Hey Colossus and Jane Weaver. It was a long long drive in a hastily-hired car, our venue was quite a distance from the other venues, out-of- town, and when we arrived there was literally no-one there except the stage manager and the sound engineer.

“A 4.30 pm festival slot is not one you can expect to be well attended, but amazingly, as we played the first few bars, a big crowd of people suddenly came in. We were quite touched and filled with gratitude! We stayed at tQ stage, had a brilliant time in the Hey Colossus mosh pit amongst a crowd of blissed-out, happy, sweaty people, and the whole thing was so considerately organized that we left feeling like rock stars.

“Bands reading this, if you get asked, do it. It’s worth the drive. We met some really nice people, musicians and gig- goers. Our only regret is that we didn’t wear our sparkly capes.”

4) Do you enjoy your Mancunian roots and playing in the city, or do you think part of the point of music is to transcend those geographical barriers, or perhaps both?
“Manchester brought us together and Manchester has supported us very well, local promoters with a taste for the weird have made sure we’ve never been short of a gig, and local DJs have been right behind us, for which we’re dead grateful.

“It can be hard in a city so full of music and art to really make a splash so it’s great that we’ve had people championing us and offering an enormous amount of love and encouragement almost from day one.

“We obviously want to play other cities and indeed countries, we love a good ILL road trip, but we are proud to be a band from Manchester. Whitney moved here from Latvia partly inspired by former Manchester music icons. It’s a wonderful city. It’s creative, diverse, queer and loud, what’s not to love?”

5) Is the full-length record still due for release in November, and what can we expect from this – was it directed by a particular mood/events?
“The release of the album has been set back a little but for exciting reasons, we’ve been approached by a label who want to put it out, but they want to do some proper promotion in the lead up to the release. We have been anti- signing historically, because of not wanting to cede one iota to anyone else, but the right people have come at the right time. So we’re looking at a spring 2018 release.

“What can people expect from the album? It’s quite eclectic. We have three-minute pop songs and a couple of prog epics. Some of these songs were written years apart, but they are all united in their call to take fight against apathy and to channel frustration and anger 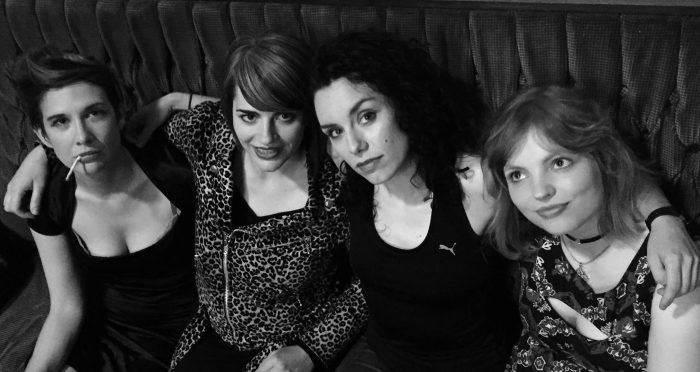 “There’s a lot of noise as you would expect, but there’s melody as well. One of the nice things about recording has been the opportunity to write in a lot of extra vocal parts, so it’s almost choral in places.

“It’s kind of the deluxe version of ILL, John has preserved the live energy, but it’s given us a compositional scope we’ve not had before. Don’t worry though- this is a toe tapper not a chin- stroker. It kind of introduces all of the ILL themes, social inequality, political oppression, the historical representation of women, unabashed sexuality, and generally being mad and unapologetic about that. So we’ve called it ‘We are ILL’.

6) How would you say you maintain your artistic integrity in an age of over-saturation?
“By being genuine, writing about what we care about, constantly experimenting, deliberately evading genre classification, putting everything into performance without shame, and beating up anyone who has a problem with that.

“We are making music and art for ourselves first and foremost, and it’s wonderful to see people getting it and wanting to join us on our journey, wherever it may lead us.”

7) What next from ILL?
“We play Stay Fresh Festival at the Deaf Institute on the 30th September, followed by a smattering of gigs which you can stay informed about by liking our Facebook page or checking out our website. And album number 2 is already half written, so we may be recording again soon.

“We’re doing our own album artwork, which we are really going to get our teeth into. We are going on a mini tour around the UK when the album drops next spring, and if we can get the schedule- tetris together we’d love to do a European tour. Our next single is going to be Stuck on A Loop, which Harri is going to create an animated video for, featuring time-travelling versions of ILL from different dimensions.”

By Emily Oldfield. You can find more at her Louder Than War Author’s Archive and she is also on Twitter as @EmilyvOldfield 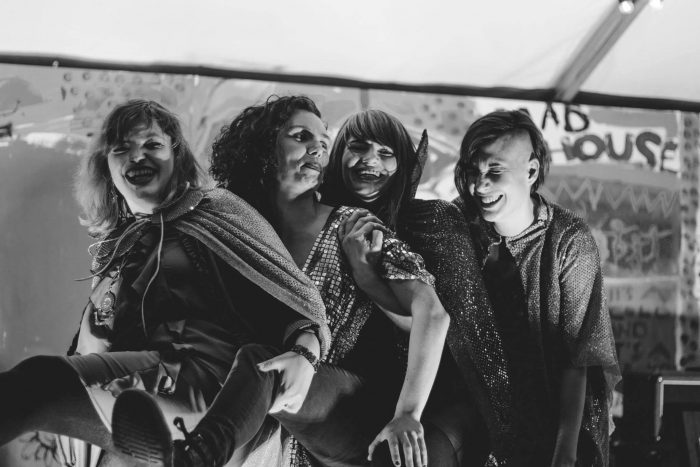