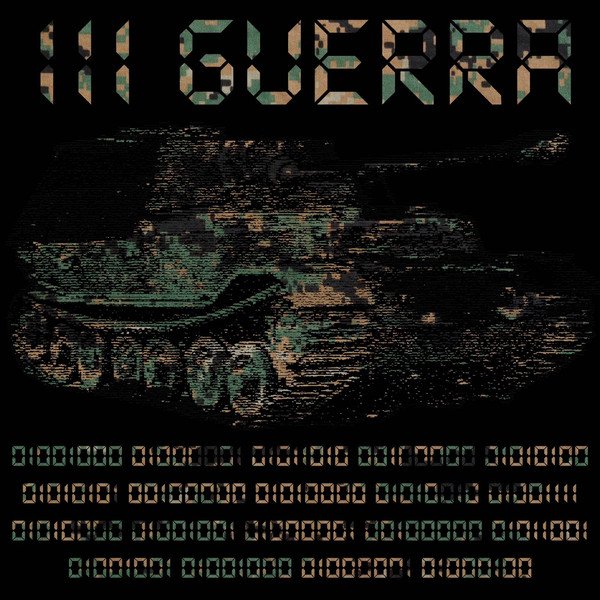 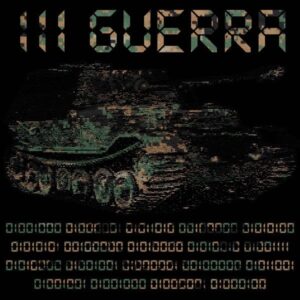 Mallorcan punks who turn everything up to 10, except the echo. They turn that up to 11. Nathan Brown reviews for Louder Than War.

As the spacey keyboard sounds swirl around I am expecting something Hawkwind influenced, a space rock-punk hybrid, then like a fist propelling from the slab of black vinyl, III Guerra give me a thump between the eyes.

The songs are driven by a speedy buzzy guitar with a hard edge to reinforce it playing Discharge and Doom riffs, and a drum sound reminiscent of skips being beaten by lump hammers – but at speed. If you’re aware of the first Ripcord LP that would be a place to start. All standard fare so far, albeit executed well and reminiscent of the heavy aggressive sound that Severed Head of State managed to capture when they recorded their Charge Ahead EP in Mallorca, which is where III Guerra hail from.

However, the stand out feature of this mini LP is the delay (that’s echo to non-musicians) on the vocals. Not just a bit of reverb. Oh, no. This is an echo to make King Tubby jealous. It sounds like the singer Marc is screaming into a megaphone, inside an open shipping container which is deep in a canyon – or you’ve just sniffed an entire tub of Evo-Stik. This is what pushes III Guerra from being just another punk band into the “Sit up and pay attention” category. Whether they can recreate this in a live situation without it descending into a cacophony of feedback I don’t know, but on this record it sounds just great. There is a definite lo-fi hardcore “plug in and play” vibe with the amps all the way up to 10 and the Echo FX up to 11. For reference points think Flipper meets GISM.

As each word extends to the length of a normal line, the lyrics are sparse but full of meaning rather than psychobabble. Haiku length ponderings on war, death and society. Humanitat, the longest song, has a mere 33 words over 8 lines. Even without a translation I could pick out a rudimentary meaning from the Spanish – death, war, violence. With a name that translates, presumably, as “War III ” (World War 3?) and images of tanks and cruise missiles on the cover, subtlety was never expected. On reflection, you could almost see this as being a science fiction response to Discharge’s Why?. Don’t ask me why I think that, I just do.

A refreshing take on an old theme, this 12″ will go down well with fans of classic Japanese hardcore punk and D-beat.

III Guerra don’t appear to be on Facebook but you can get hold of this noisy blinder from Kibou Records, who co-released it with Discos Enfermos and Metadona Records. Kibou Records are on Facebook.

All words by Nathan Brown.