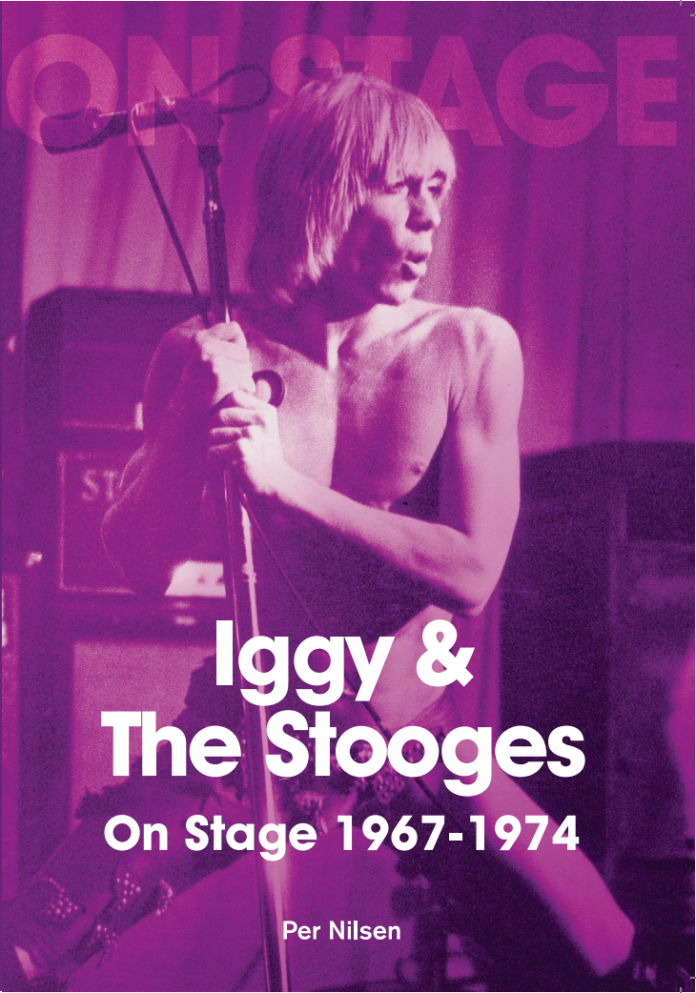 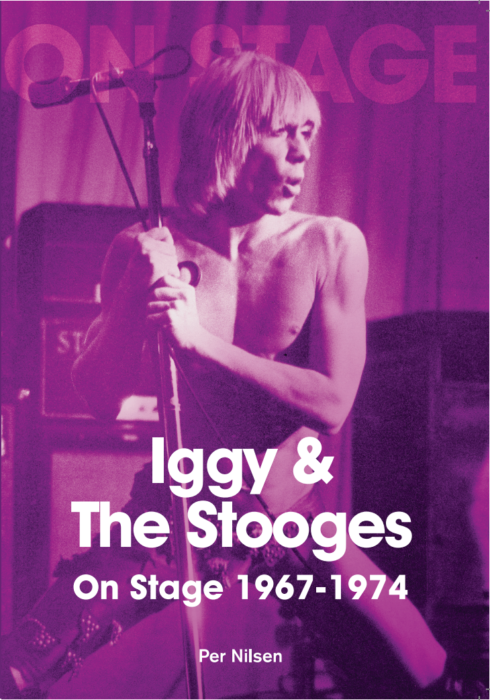 Framing his Iggy and the Stooges book through a history of gigs, Per Nilsen fashions a novel framework through which to reimagine the band.

Iggy & The Stooges: On Stage 1967-1974 certainly isn’t the first book about Iggy Pop or The Stooges, and Nilsen is no stranger to writing music biographies. In fact, more than three decades ago with co-author Dorothy Sherman, he wrote the Omnibus Press text The Wild One: The True Story of Iggy Pop. In the years that followed, he wrote about Prince and continued working on music biographies. At the start of his new book, Nilsen refers to the wide variety of Iggy materials over the last thirty years, remarking on some of his particular favourites. Recognizing that Nilsen already crafted an Iggy Pop biography, you might be wondering why he returned to the Godfather of Punk. Unlike previous biographical texts, Nilsen’s new work chronicles a different kind of sonic history of The Stooges — it’s one framed through a chronological compilation of on-stage performances. You might already know much of the information about the band contained in Nilsen’s chapter prefaces, but I bet you’ve never thought of The Stooges quite this way before.

When the story of Iggy and the Stooges is told through the arrangement of gigs alone, the band looks surprisingly different from the group portrayed in Jim Jarmusch’s film Gimme Danger or Iggy Pop’s own book I Need More. Bizarrely and mesmerically, in Nilsen’s new book, Iggy and the Stooges become provincial. I know what you’re thinking — it seems so unlikely! But allow me to explain. Anyone familiar with the band knows of its Michigan roots, but the centricity of the Midwestern state to their origin story grows markedly salient when the history of the musicians is recounted through its seven-year record of gigs largely across the US. Their first performance occurred on Halloween night in 1967, an unofficial show at a friend’s house in Ann Arbor. The Stooges wouldn’t play live again for a few months. From January up through late November 1968, the band performed nearly forty times—all in Michigan. And from that point onward up through the early 1970s, the Michigan gigs are interrupted only briefly with a couple of gigs in Ohio.

Believe it or not, until September 1969, The Stooges didn’t make it outside the Midwest. And as Nilsen emphasizes in the acknowledgements, there’s no reason to think his compiled list is missing any obvious dates: “The Stooges may have played some concerts that are not listed here, but not too many, because their concerts . . . are quite well documented.” Even the band’s final show, as you might have already guessed, took place in Michigan. On a February night in 1974, at Detroit’s Michigan Palace, the band took the stage for the last time before a reunion in the new millennium.

Speaking of the band as a regional act in those early years, it’s almost shocking to read about The Stooges performing in 1969 as an opener at the tiny Boston Tea Party club near Fenway Park in Massachusetts, or playing to fewer than 100 people at a university’s student union in rural Ohio. And reader, imagine my surprise to discover that The Stooges opened for Fleetwood Mac in 1970. Let’s talk about living in an alternate universe . . . 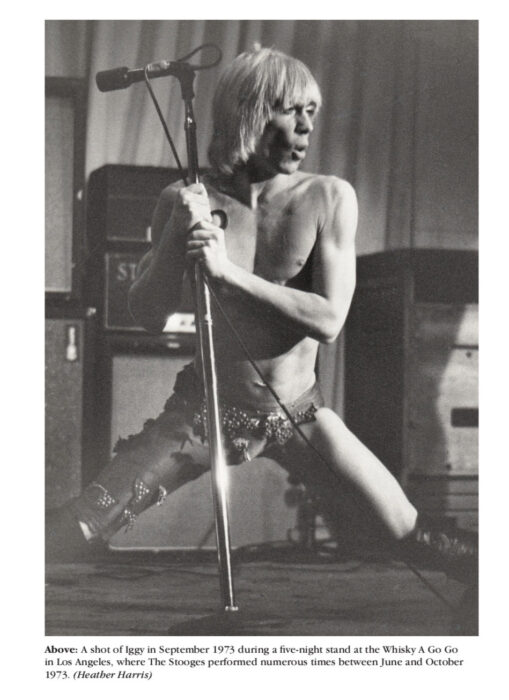 Of course, Nilsen also catalogues all those famous — and infamous — Stooges performances. You know the ones I mean, right? The band’s 1970 gig at Ungano’s in New York City has become part of punk lore: “This four-night stand at Ungano’s was The Stooges’ first New York headline billing. They played one set each night, despite advertisements promising two sets nightly. The opening act was Liquid Smoke, a blues band. Ungano’s was a small, hip, Upper West Side Manhattan club, named after its founders, Arni and Nick Ungano. The club had a capacity of barely 200 people . . . . The Ungano’s shows were attended by several young people who, within five years, would become prominent figures of the New York punk rock movement, including Jim Carroll, Patti Smith, Lenny Kaye, and future members of The Dictators, The Ramones, Television, Blondie, and Suicide.”
The Stooges’ first shows at the Whisky A Go Go in Los Angeles are also the stuff of legend: “Before embarking on the recording sessions for Fun House, the five-piece line-up of The Stooges with Steve Mackay on saxophone, performed two nights at the legendary Whisky A Go Go on Sunset Boulevard in Hollywood: a 500-capacity club which had been home to the who’s-who of 1960s rock . . . . Iggy spent a great deal of the Whisky concerts in the audience, standing on tables and pulling people out of their seats. Andy Warhol was among the celebrities in attendance.”

In fashioning each gig description — and thus each one-night nodal point in the history of The Stooges — Nilsen relies largely on previous interviews with members of the band as well as newspaper and magazine reviews of the shows themselves, from writers for local Michigan publications like the Ludington Daily News and university periodicals to those from global outlets like Rolling Stone. In collating these archival materials, Nilsen crafts a kind of reference guide for the band that’s incredibly desirable. If you want more information about a gig, you’ve got a collection of more than 250 on-stage appearances, complete with the year and date, day of the week, venue, and city. The book is truly exhaustive in the most glorious way. I can imagine returning it to myself as a valuable resource, and I can only assume that other readers (and Iggy adorers) will be thrilled to keep it on hand as a quick tool for identifying Stooges concerts and venues from 1967-1974. In this way, Nilsen’s new book reminds me of George Gimarc’s unbelievably sweeping and comprehensive tomes Punk Diary: 1970-1979 and Post Punk Diary: 1980-1982.

Fans of Iggy and the Stooges will be smitten with the material contained within these pages. They’ll also love the way Nilsen invites the reader to imagine the venues and cities left undescribed. For example, on Tuesday, 22 July 1969, The Stooges played at Detroit’s Grand Ballroom, but Nilsen’s gig description is nearly blank: “No details are known.” While the breadth of information that accompanies so many of the other on-stage appearances is enthralling, these occasional lacunae are also intriguing. I wonder what went on at that gig.

You can buy a copy of Iggy & The Stooges: On Stage 1967-1974 from your favourite local bookshop or directly through Burning Shed.