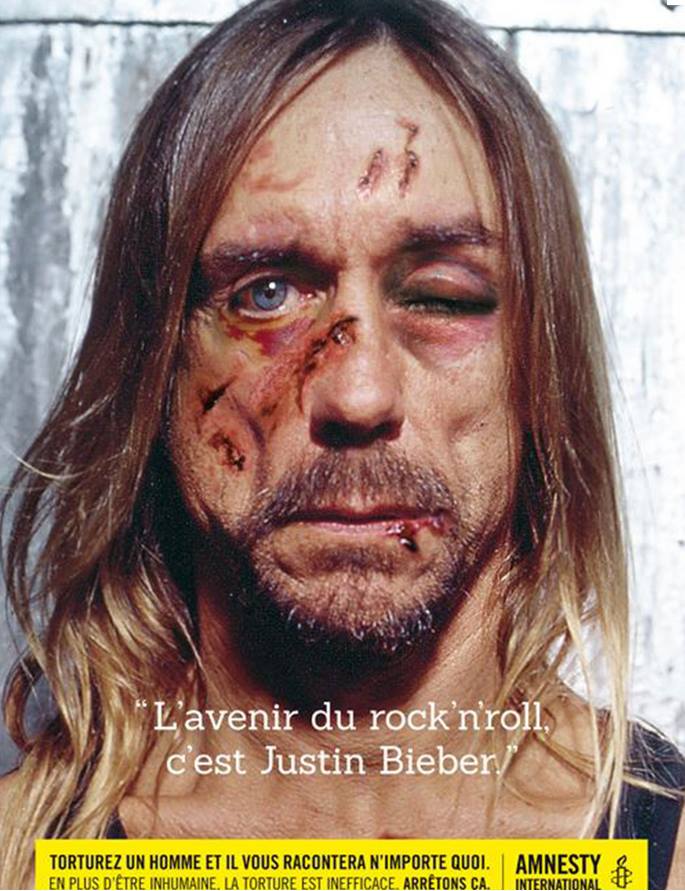 Amnesty International has launched a series of new ads  that use a very dark humour to make a very important point.

“Torture a man and he will tell you anything.” is the tag line of the new series of ads featuring the godlike Ig praising Bieber after a dose of torture before he adds “The future of rock ‘n’ roll, it’s Justin Bieber,” below a very striking battered and bruised shot which actually kinda looks like he has just come off stage.

The caption is in French but our experts have translated it to.

“In addition to being inhumane, torture is ineffective. Let’s stop it.”

The campaign also includes the Dalai Lama and fashion icon Karl Lagerfeld, both making similar unlikely statements after been ‘tortured’