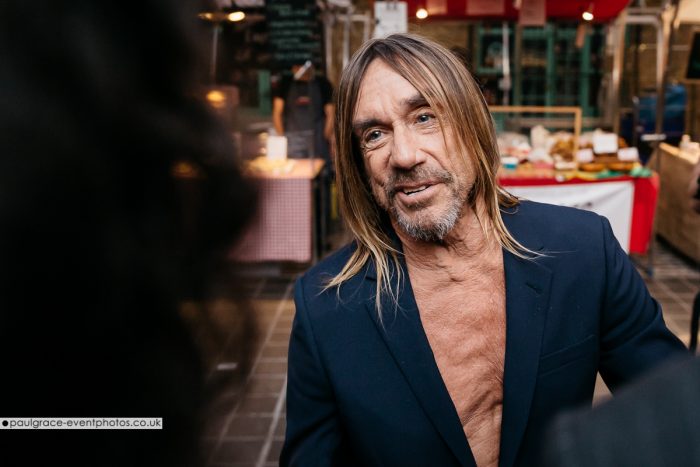 The show features 24 fine art pictures documenting the making of Iggy Pop’s last album Post Pop Depression, along with a display of 8 mm film footage capturing behind the scenes action. The images by Andreas Neumann were taken at diverse locations ranging from California’s Joshua Tree desert to an abandoned parking garage, whereas the photos by drummer Matt Helders tell the inside story of his time with the band. 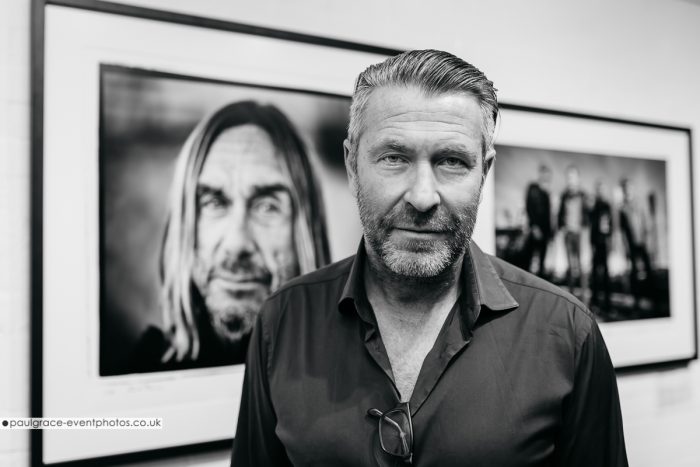 Last night was the preview evening and in attendance were Andreas Neumann, Iggy Pop, and the musicians who worked with Iggy on Post Pop Depression; Josh Homme, Dean Fertita and Matt Helders. 250 lucky fans were also there who Iggy and the band spent time chatting to and taking photos with.

The images on display are mainly monochrome and really are quite stunning. They’re a mixture of classic portraits, live performance and documentary/reportage, and offer a fascinating glimpse into the minds and relationship between Iggy, Josh and band. My favourite shot is of Iggy and Josh holding hands – a beautiful moment expressing the tight bond which grew between the two artists during the making of Post Pop Depression. The photos taken at the Joshua Tree dessert are also pretty spectacular with its dramatic backdrop. 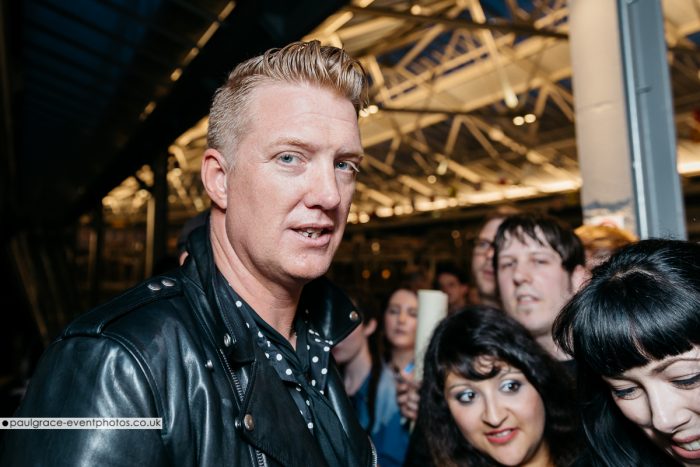 All exhibited photos are a numbered limited edition, available for purchase and are signed by Josh Homme, Iggy Pop, Andreas Neumann and Matt Helders. In all a great show and well worth a trip over to Greenwich to see.

More info on the Flood Gallery can be found online here: www.thefloodgallery.com.