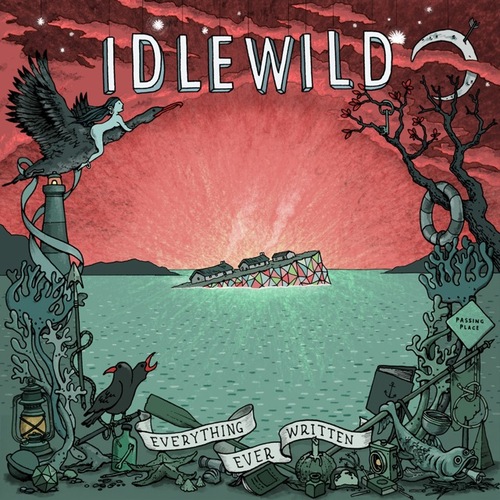 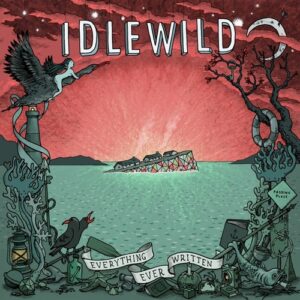 It’s been some time since me and Idlewild met up in music.

I think back to the very early days when I saw them at In The City in Glasgow 20 years ago and they were like some kind of jagged hardcore band – an electrified Black Flag with Roddy Woomble throwing himself around the stage like a hyper charged lunatic and their bass driven wildness making a real impression.

I enjoyed their swerve into REM flavoured melodic sensibility, mainly because they were so good at it and then they floated to the side – one of those collections of bands and solo projects that you had a soft spot for but were never quite sure where they were. Shen they returned in 2013 after a few year hiatus they connected quickly with an indie scene that had caught up with their brooding intelligence and melodic introspection.

Tonight is powerful prod and a reminder of just how good this band is.

The dark grey skies and the threat of heavy weather suit their moody growling melancholy perfectly and the band deliver a set but around their latest and top 20 album Everything Ever Written that was released in February, an album that showcases a group at the top of their game.

Noisenik veterans, they are no longer the bright shiny young things and this vet status really suits them. Their music has an intelligence and sensitivity that gives it a real power and their captivating live presence is magnetic as they delver a set of thundering introspection. These songs have the raw and eternal beauty of Roddy Woomble’s current home of the Hebrides flavoured with the electricity of the modern world of LA where guitarist Rod Jones sometimes resides. It’s that clash between the noise and the light, the modern and the old that makes them so fascinating.

The added instrumentation of the Hannah Fisher on violin gives them that Godspeed You Black Emperor neo classical brooding swoop and its that great Scottish knack of riding the gap between classic American Indie underground and the artful dampness of their own country that Idlewild are so perfect at.

Their slightly dour, no showbiz live performance is also a relief after all the festival show bands. It’s that introspection that pulls you in, the songs smoulder and Woomble is in great voice – the rainy day crooner – as he articulates the obtuse and the fragments of emotion over the zig zag electricity of his band that makes for a compelling live performance.