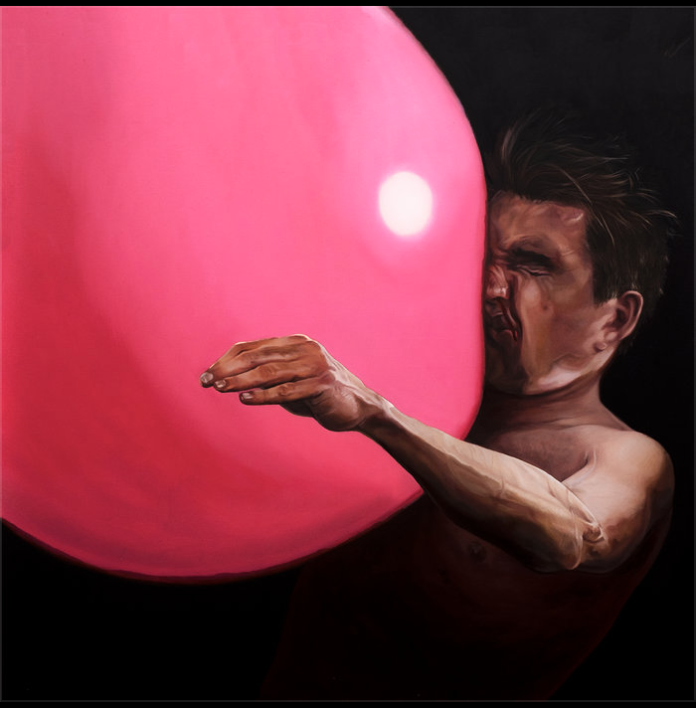 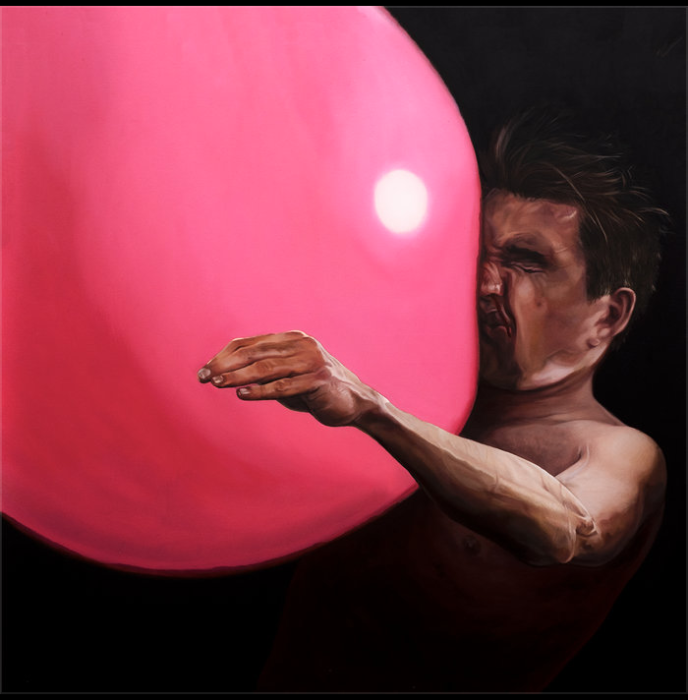 In 2020 we need a sonic tonic. A high decibel album that asks the questions and points to a better world.  John Robb believes IDLES have released that album..

Thank fuck, then, IDLES have delivered the album of their career.

On Ultra Mono, the band confound and draw lines in the sand. They provide an urgent rush of ideas, energy and action and bring a sensitivity to the bludgeon and the noise. They bring an intelligence and a meaning to the music and they somehow manage to cram their wild intelligence into short sharp shocks of sound that is honed to perfection.

Everywhere you look in the world is chaos. Most of the world is run by lunatics who, as the band sing on the album, have taken over the asylum (a line copped from the lyrics from Joe Talbot’s faves Funboy Three). The UK has the worst government in its history – spoilt chancers who went to the right school and ended up employing their mates to fuck everything up and laughing at the confused population. They are a ruling elite, a pathetic cabul of snickering public school oafs who got caught out by a pandemic – they really haven’t got a fucking clue.

Meanwhile, the push and pull of time has seen every issue at boiling point. A new generation is not content with the old ways. Race, gender, food, energy…the big questions got bigger. The toxic male culture of Trump Johnson is over and the tension is everywhere and is dealt with by IDLES, whose sensitivity inside their noise sees them prepared to question the world and themselves and their own faults as well as the rest of the world’s. It’s all dealt with on one of the albums key cuts, Reigns, which takes a swipe at the entitled elites over a powerful bass and drums groove. When Talbot sings, ‘Protest to survive. Protest and make a noise…’ it sums up the band in one snappy phrase… or like someone else once sang decades ago…Well then what can a poor boy do ‘Cept to sing for a rock ‘n’ roll band…’

In one of his most manic and intense interviews, Joe Strummer once declared ‘big business is a con, the record business is a con ….. even rock n roll’s a con’ I mention Joe because in many ways he occupied the same tormented position as IDLES do now – unwitting and unwilling spokespeople of a part of a generation. Trouble that in Strummer’s time rock music was at the centre of culture where now it can feel almost obselete – is it just another distraction out of a million? A soundtrack to social networking? Rock music, in 2020, can feel like just another luxury wasteful industry, out of touch with its times… where is the urgency…!

You really have to be on the case to cut through this noise…thank fuck for IDLES.

We needed a tonic and Ultra Mono is the band playing to all their strengths with a defining clarity of purpose. The music, lyrics, and riffs and all their hallmarks are there of course. Exploding out of the album is the wild energy, the epic size of the music, the sheer scale of ambition that has just been amplified even more with the message made more concise becoming very clear.

This is a life-affirming thrilling album that proves that rock music can still be a vital force.  With its added sensitivity and brazen honesty and questioning of the swagger, it has the potential to make the same impact as Nirvana’s Nevermind made all those years ago. Whilst embracing the same intensity as Kurt did, it has a more positive communal outcome at its heart, replacing the genius of our late raspy-voiced American chum’s, ‘I hate myself and want to die’ mantra with ‘I love you all and we need to embrace life and community…’

Of course, it sounds fantastic. When you got Nick Launey at the controls you are going to get power and clarity and also one of the best drum sounds out there. Launey has made a long career out of creating extraordinary drum sounds from PiL’s often overlooked Flowers Of Romance album to The Birthday Party’s Release The Bats to Nick Cave, Yeah Yeah Yeahs and Arcade Fire. He gets a power and a clarity out of the rhythm section and makes IDLES sound even more urgent and vital than before. Good job then that the band boasts one of the most extraordinary sounding and tightest rhythm sections out there – their grooves are astonishing and the powerful core of what this band is about.

Not only this but Ultra Mono was sonically constructed to capture the feeling of a hip-hop record with added mixing coming from Adam ‘Atom’ Greenspan who has worked with Anna Calvi and Cut Copy. The album also features guest vocals from Jehnny Beth (Savages), and additional guest contributions from Warren Ellis (Nick Cave and the Bad Seeds), David Yow, and Jamie Cullum.

Musically you can hear the rush of ideas and the tension and release that has made the band so beloved in the ever-increasing mosh pits of the UK. Those added hip hop grooves create space when they are used on songs like Grounds that rides along on a massive old school hip hop groove hammered out on the drums as Talbot deals with the new idealism and protest culture declaring the key line ‘not a single thing has been mended by just saying you are offended’

In 2020 IDLES are trying to make sense of the modern confusion, whether it’s with the intensity and building maelstrom of Anxiety, which sounds like watching the news and deals with the mental health issues that are piling up more and more in these uncertain times, or on the manifesto defining War with its “This means war!” refrain which sounds all at once familiar and new.

The flicker of modern images and tensions rush past as the band deal with the crushing ideology and repercussions of austerity on Carcinogenic and the ruinous effect that these factors have on your mental health on Anxiety. Model Village was criticised in a blog on this site for its oversimplification of the Brexit battle lines but perhaps the truth can sometimes be a bit more uncomfortable than we want it to be. It’s also a great track. Consent is a duet/debate with Jehnny Beth from Savages about the lines of engagement between men and women that sounds angry and also full of the confusion of the modern man.

More than anything this is a vibrant album that is full of life. Community is everything for IDLES and they are the centre of a maelstrom of idealism that is often overlooked in modern times. Community is reflected in their Facebook page, AF Gang, which is an open forum that discusses everything from the band and beyond. The band’s own self-questioning on the forum and in their songs is combined with their positivity and attempts to comes to terms with their own contradictions. Of course, they are 5 white males playing angry rock music – on paper it’s part of the problem and not the solution but they bring so much more into play. They deal with the toxic masculinity of rock music and confused males. They self critique. They look for answers. They try to embrace a new world that is just beyond the chaotic horizon. A new world that can be easily misunderstood. Like their home city, Bristol, they are part of a new UK. A new way of thinking. Where Bristol was once a sleepy city with a great soundtrack of bands from the Cortinas to The Pop Group to Massive Attack… it is now one of the new capitals of Generation Greta.  A fast forward-thinking city of ideas and independence and a progressive vision.

IDLES are the same.

They are a fast forward progressive city cast as a band.

Ultra Mono is the manifesto of this new thinking, new way.

Of course, this is going to cause tension.

As an ancient punk rock warlord, I feel I’ve been through this narrative before. The narrative of a highly idealistic band with a vision unwittingly becoming a voice of part of a generation and copping the backlash. Everywhere the band turn people want the answer….when there is no answer just the right questions…

Just like The Clash back in the punk days of yore, IDLES are under the cosh. No one gets this big without the slings and arrows. There’s only ideas, energy and community. Other wonderful bands we love at LTW, like Bob Vylan, wonder if IDLES can do more for Black Lives Matter, and Sleaford Mods – who we adore – question the band’s class credentials.

There are also the keyboard worriers – curmudgeonly old dudes who saw the band on TV and type missives about ‘the Idles’ and the fact you can’t hear their words, don’t like their clothes or most weirdly of all don’t agree with their beards. Every generation turns into its parents and starts talking about ‘proper music’ – it’s a rule of nature. Whilst open and free debate is to be fully encouraged we often wonder if a united front against bigger and badder foes may be better in this rancid epoch.

Whilst the world is in a meltdown and a state of culture-flux, bands like IDLES are key. They are the soundtrack of the modern struggle. They sing songs of hope and community and trying to find a way in a time of noise and confusion. This makes them important.

Their first two albums were a thrilling reinvention of rock music as something urgent and vital and of a rock band making genuine urgent, angry and vital music. The new album just hones this down to perfection. It has an urgency that rears its head every decade or so. In my time it was punk but IDLES have little to do with punk which is another moot point with the oldies who want to snare the band in the arguments of the past. In 2020 punk is a museum exhibit — it was glorious then but now… punk’s own arguments and positions were vital at the time but the world is far different and that is what makes IDLES totally different.

As inevitable as night following day or the Tories outsourcing vital track and trace equipment to their useless mates, there comes this backlash. For every action there is an equal reaction, as Archimedes once wisely observed when he was pondering the nature of music. IDLES, it is felt in some quarters, have had it too good for too long…

It’s a wonderful record. It makes you dance, think, feel wild and gentle, sing and shout and want to change the world whilst embracing everyone you can in a physically socially distanced but mentally very socially attached kind of way.

This is the album of this moment in time and a door to a better future.