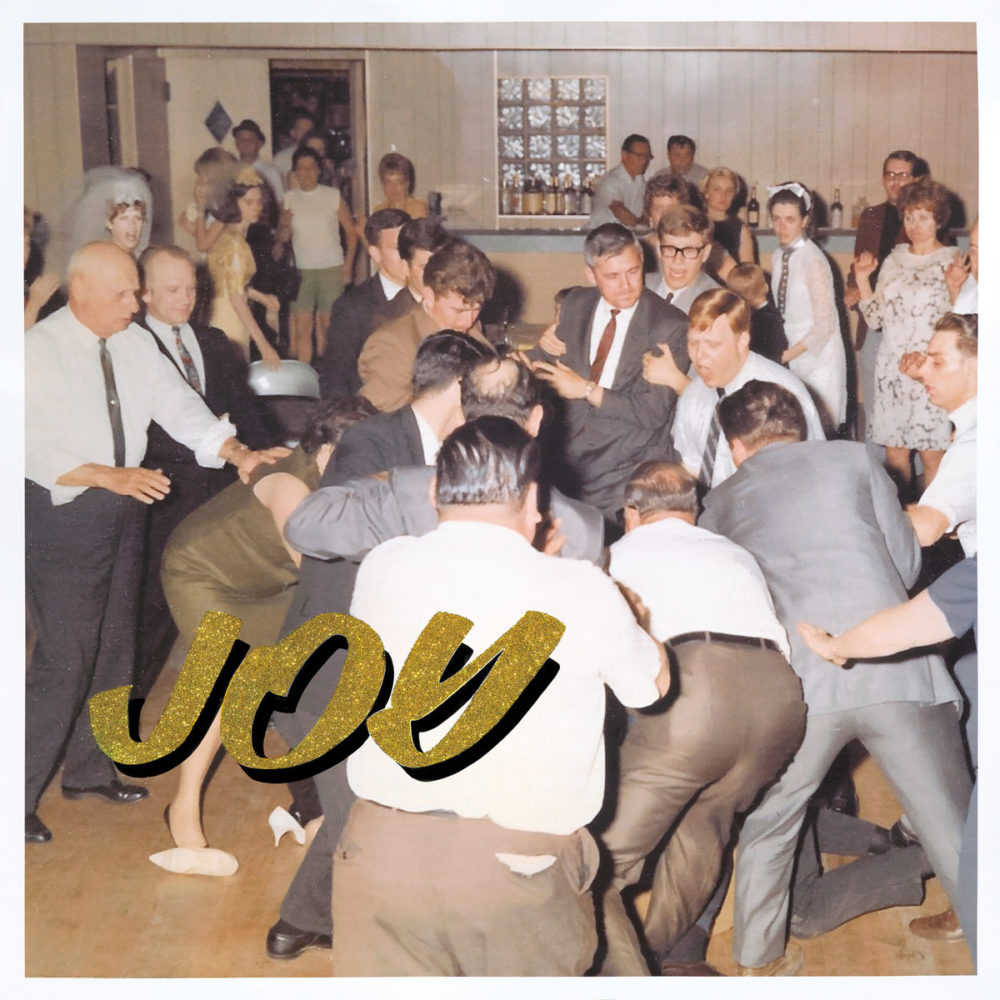 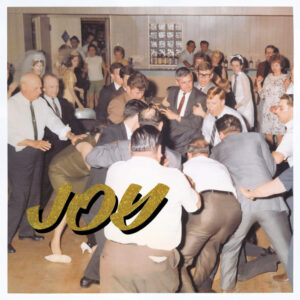 IDLES: Joy As An Act Of Resistance    (Partisan Records)

Ged Babey already reviewed it here, in great depth, but insists there is still so much more to say….

If all has gone to plan the pre-ordered copies have arrived and the album  is in the shops today (Friday 31st August)  and copies are flying off the shelves…. there is a genuine buzz about this band.

Normally I would think it’s just in my internet facebook bubble – but since before Brutalism was released more and more people have been picking up on IDLES  and following their every move.  The AF Gang, the bands ‘fan-club’ is full of fizzing positivism and young and old(er) are united in their belief in this band.

Of course there are still there are cynics and naysayers who mutter about ‘hype’ and ‘seen it all before’ look-back bores who diss(miss) IDLES before they’ve even heard Joy in full.

You may think that my previous review said-it-all and went-on a bit, but here are a few things I missed out…

God is a Woman.

In the song Television it doesn’t register the first time you hear it when Joe sings ‘ I spoke to God in  a dream last night…’  that the deity in question is a she  -who tells him  that he’ll get to heaven if his teeth are white.

The brilliantly surreal line in Great seems to me to be very subtly  sung in a Morrissey-esque way as a pop at the silly old fool.  The inspiration for the line may well have come from this piece in the Guardian.

Cry To Me is a cover version.

I knew it sounded like an old 1950’s song but assumed it was a pastiche or parody and being an ignoramus (as far as pre-76 music is concerned) hadn’t ever heard Solomon Burkes version of the song  from 1961 or indeed the Pretty Things version.  IDLES make it their own and it fits in perfectly with the whole theme of toxic masculinity versus male vulnerability.

Tyrant/Violent is used as a rhyme twice…,

…in two different songs. And as if that isn’t bad enough, the songs appear consecutively.  Not a big deal really, but will give detractors a stick to beat them with. At least it’s not fools/rules…

…really is a work of genius, but is so much of a Sleaford Mods influenced track that perhaps Mr Williamson should sue.  It also infuriatingly recalls Rab C Nesbitt  (that horrendous caricature of Scottishness) who used to have a catchphrase about being ‘ Scum and Proud’.  It’s a song which will divide people as it’s not subtle detournment.

In days of old, Gram Rock would’ve been kept as a classic b-side to a single ( like The Stranglers Straighten Out or Buzzcocks Oh Shit).  The title also points to the Fall … there is an amazing bit of guitar which, when it comes in sounds like a saxophone speeding in the fast lane.

A couple of people have said that some of the lyrics are clumsy and ugly – which is true to some extent – the language is blunt but still has a poetry and purpose.  There are also some gentler, clever sections. Love Song  in particular does come over as dumb initially but there are a whole host of interviews in magazines and online where Joe Talbot talks about his songwriting in some depth.

…is amazing –  it sounds like a jazz-drummer playing Buzzcocks  ‘Moving away from the Pulsebeat’ and Bo Diddley at the same time.  The whole song reaches an everything-louder-than-everything-else, downhill-without-breaks Sister Ray type climax which makes your heart speed up.

The AF Gangs sign-off ‘All Is Love’ will eventually replace the standard greeting in the same way as  ‘Smell You Later’ did in the near-future episode in the Simpsons.

Is Joy Better Than Brutalism?

Yes. Initially it is.

Is Joy Really Better Than Brutalism?

In retrospect and listening to both side by side, consecutively & repeatedly I conclude that: It is and it isn’t.

The shock of the new of Brutalism -which seemingly came from nowhere, took three years to make and contained so-much in terms of content, style, wit and rage can never be matched as it was a one-time-only, once-and-for-all exorcism of specific rage, emotional discharge and the death of youthful naivety.

Joy… is the continuing momentum and after-shocks of the same, rage, but also feeding in is fresh confusion, self-mockery, a sense of responsibiity and a fuck-it sense of fun.  It is more pre-concieved in a way, and will never have effect as Brutalism… But is STILL, by far and away the most unique and powerful album of the year and a game-changer.

It gives everyone permission to RAGE, CRY, LAUGH, Move-On, LIVE and LOVE-YOURSELF.

As I said before, Joy As An Act of Resistance, the title alone is magnificent, is …

One of the most inspiring albums I have heard for a long, long time.  Punk Rock reinvented and not wearing a mask of masculinity or yoke of tradition, but a wicked smile and its broken heart exposed but still beating in its chest.  Punk rock which instead of calling for Anarchy and saying I Don’t Care is shouting UNITY! and LOVE IS ALL.

All words by Ged Babey whose author profile is here,

Other reviews by LTW writers are here – by Wayne Carey and here by Neil Hodge on their blogs.