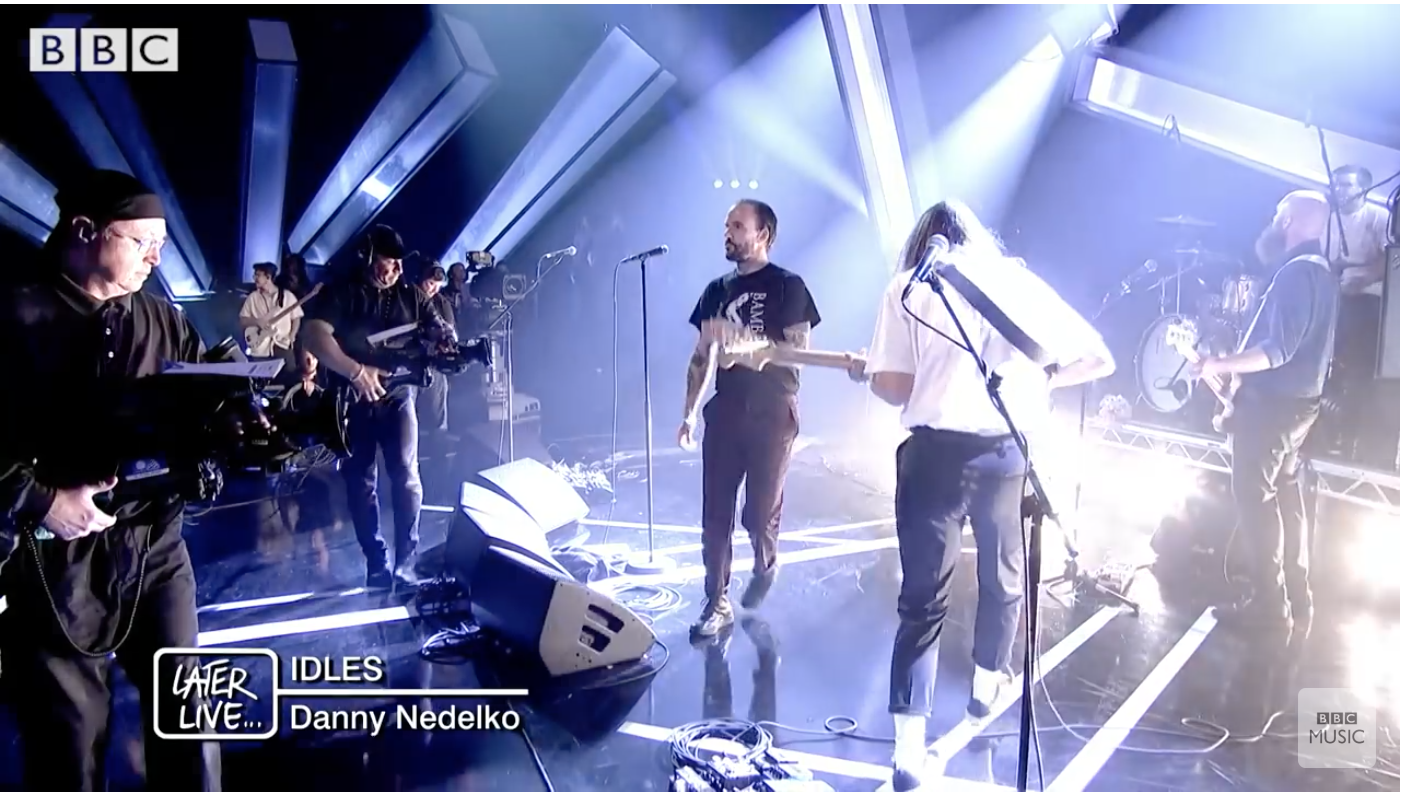 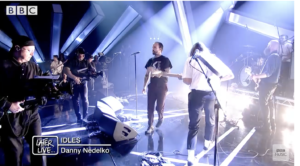 Last night IDLES were on Jools Holland or Later or whatever everyone calls it.

It was one of those moments – like the New York Dolls on the Whistle Test – ‘mock rock’! , Sex Pistols on Bill Grundy – ‘ooh not only did they swear but the looked alien and unafraid and didn’t grovel’, Sleaford Mods on Later ‘ ‘what!!! he doesn’t even play a guitar – what is this sacrilege’  – a moment when the battle lines are drawn, a moment when something that is so full of vibrancy and life that it cannot be tamed or controlled, something just explodes into life on the TV amplifying its incandescent emotional rush and its purity.

IDLES was that moment – of course, we all missed it at LTW because we were out and about watching gigs – I was at the fantastic Nightingales gig in Manchester.  Like many people who are deeply in love with the high octane of music I find rare TV moments – rarely does anything get through that electrifies you.  Credit to Later for sticking IDLES in all their gonzoid glory into the middle of their show. It was certainly a moment. A moment to applaud.

There is so little music on TV that you feel sympathy for the bookers at Later. They somehow have to squash everything into one show. Their ‘world music’ is always great but  you get the feeling the audience want it so timid and dull and boring. IDLES are a poke in the eye in this context – they are like the punk groups who would run amok on Top Of The Pops in our monochromatic youth. Music TV is Later or the Brit Awards or the Mercury Awards where we get to see really rich people in London sit around at tables they have paid thousands of pounds for to get their annual connection with a music event- these people never go to gigs or damp rehearsal rooms. They are not part of the electricity. They are imposters. They are Charlie Caviare.

The BBC does great documentaries and it’s cool to have the past tidied up and explained. I do it myself. But, like most of the readers here, I’m also in a rush to get to the future. What we are certainly not like is the curmudgeonly old men who have today on Facebook and Twitter typing out mean-spirited missives about IDLES becuade they turned up and threatened their stuffy status quo.

You can see them all sat there smug on their comfy hi fi homes watching Later and waiting for some ‘rock legend’ to plod through some old hit or another dose of ‘proper music’ from ‘proper musicians’ – white middle-aged men who spent their youth learning scales on guitars which they have replicated forever with no love instead of grabbing whatever musical equipment came to hand and grabbing the electricity of the moment, embracing the emotional rush with their own musical ideas. These ‘proper musicians’  have never innovated, they just copied and these middle aged fan-men embrace them as they arrange their box sets in alphabetical order and talk about music like it’s a collection of antiques.

IDLES crashed headlong into this complacent world and the reaction was beautiful.

These snowflakes are an avalanche…