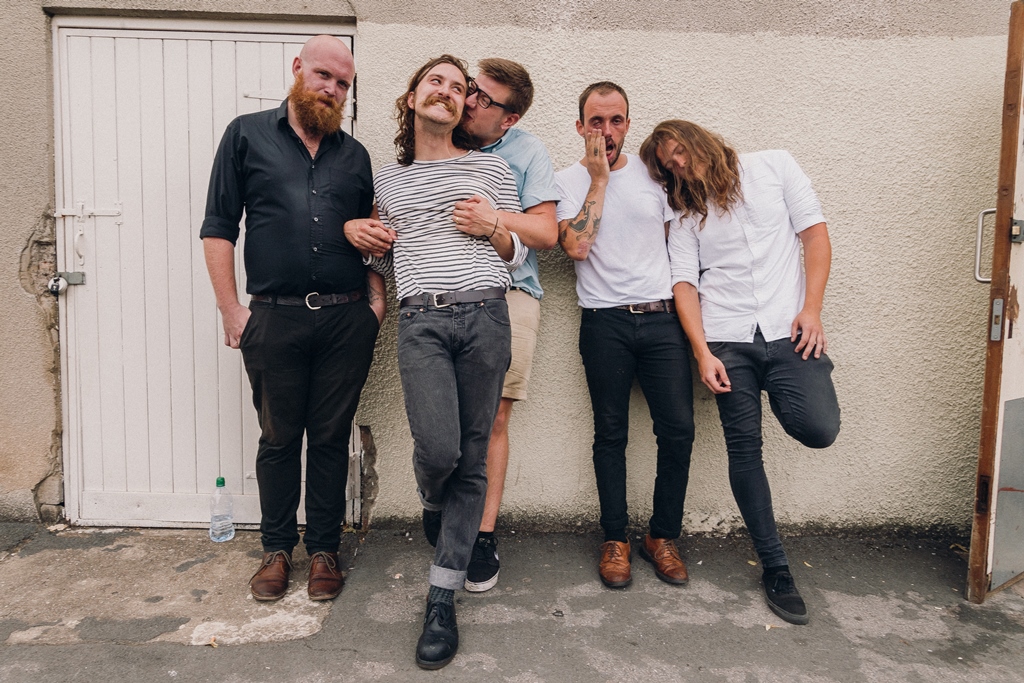 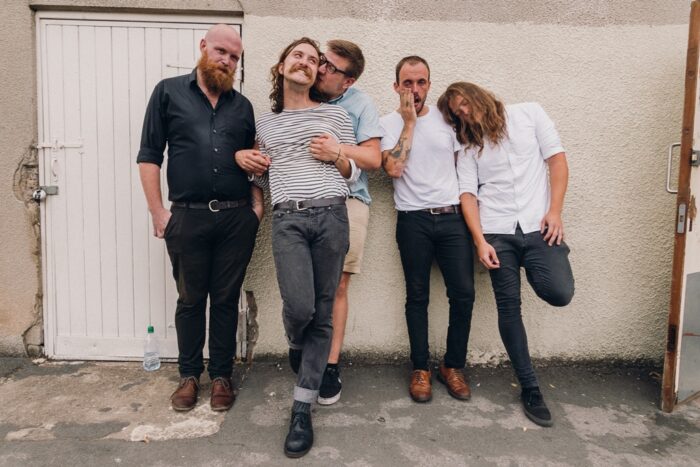 Back from their hiatus, Bristol-based IDLES return to the live scene with a bang. Louder Than War’s Philip Allen reviews.

Bristol band, Idles are back in our consciousness. Thank Fuck!  After the release of their debut E.P. ‘Welcome’, the band decided to take a worryingly long hiatus, but it seems to have done the trick. They are back with the full force of a fiery stallion.

The new E.P. ‘MEAT’ shows the lean muscle and sinew that was always at the core of the music. Decisive and flagrantly caustic in their delivery, each track takes us deeper into the blood that runs through their pulsing veins. It’s an intense mental state that pervades and infects the listener with it’s metaphysical violence, a forceful intent that is hard to ignore. Tonight’s show is a support slot for METZ. I am not here for them, I am here for IDLES. Having missed what sounds to have been ‘gig of the year’ for the E.P. release at the Louisiana, this is my opportunity to hear the new material live.

Gone are the melodies of their earlier material such as, ‘Thieves’, replaced by something far more vital. An energy, a fortitude that lifts the spirit. Tempos are tighter thanks to the tribal jackhammer approach taken by drummer, Jon Beavis. New song of the E.P. ‘CHANT’ (the use of capitals seems somehow necessary) is perfect example of this. The bold and brash words of lead singer, Joe Talbot shiver with shed loads of self belief. He’s like some monosyllabic comedian, barking punchlines at the audience who have gathered round the stage in numbers which are impressive for the band that’s first on. The hooks are sharper, digging deeper into your skin.

‘QUEENS’ is another example of the masterly balancing act between the mighty rhythm section with Dev Devonshire’s heart-thumping basslines that ground the music into the floor, and the dynamic duo of guitarists, Mark Bowen & Lee Kiernan flipping the sonics on their head. It’s almost as if they’re pulling the corrosive notes from industrial machinery. Vocals battle in a call and response fashion, pulling and pushing the attention into taunt communication. Jeering the songs message into the starers faces with a funny malevolence that feels like good advice.

The frenetic tempo continues with, ‘ROMANTIC GESTURES’ that gallops at the speed of a discharged bullet. A fantastic declaration that finds Talbot revealing the bare honesty he is becoming known for. IDLES are leading the way in re-invigorating the way ‘Rock’ is presented. Much like Ireland’s Girlband, IDLES seem vital, bringing an attitude, a stance and a fuck load of much needed directness. In the quickest thirty minutes, I am blown away and disappointed to see that they aren’t set up to play a massive world tour that would surely help bring them to the consciences of masses. This time next year, it may have happened. Watch this space.