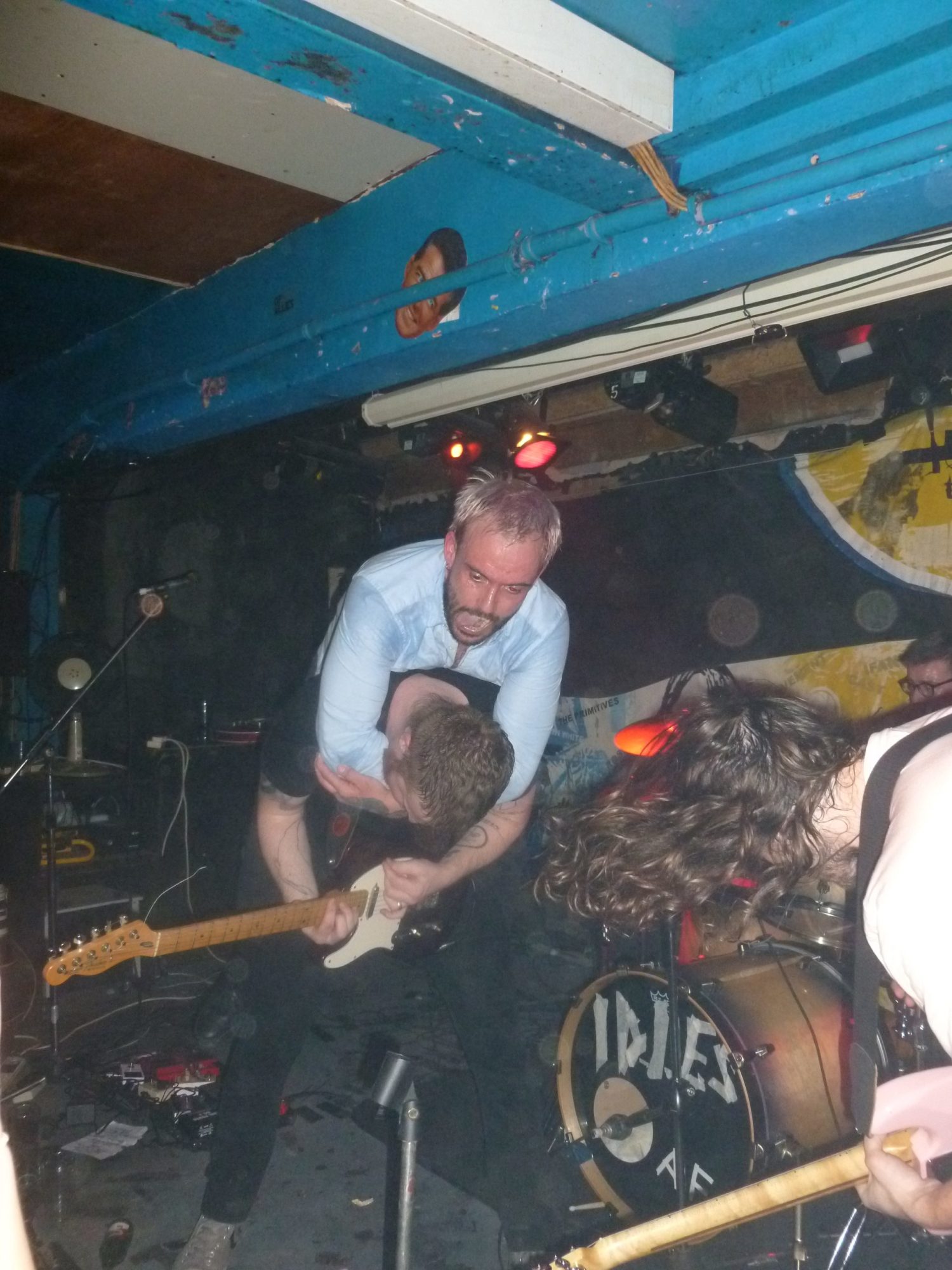 Band of the moment Idles prove that guitar music is far from dead as they play Hull. Steve John reports.

Fear not Kasabian. Once again the death of guitar music has been greatly exaggerated. Over the years it has often been down to America to bring the independent noise celebrated by Michael Azerrad in his book Our Band Could Be Your Life. The likes of Protomartyr and Drug Church have kept the flame burning but Bristol’s Idles may just have become the most vital band around with the release of their magnificent Brutalism. Flouting the gas station dress code and possessing a heavily disguised pop sensibility might even corrupt a wider audience. 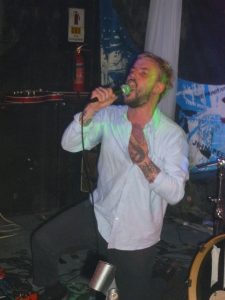 There is something of the Sleaford Mods humour and a nod to the vocal stylings but the quality control of a band who have waited a long time to record their album is one of the things that distinguishes them. That and loud guitars. I didn’t have to wait long tonight. Kicking off with one for the grownups Heel/Heal pins you to the wall while the “I want to move into a Bovis home, and make a list of everything I own” earworm burrows. The “I don’t like you” counterpoint directed at us or the estate agents and hangers on who profit from the whole grubby business? Maybe both.

You could build an entire housing estate on the rock solid rhythm of Divide And Conquer but the discordant guitars of the second half would raise it to the ground. The dismantling of the NHS mirrored in a lurching undertow which forms a perfect fit for the sort of physical performance and manic stare that vocalist Joe Talbot engages in before his face cracks with enjoyment at the alchemy he’s part of.

Let’s hope Mary Berry does love reggae or the irony free zone at Radio 6 will be in session. The dissing of Rothko and Bacon in Standhal Syndrome earned reproach so let’s hope the video of bassist Adam Devonshire doing a little dance in the Tate gets some reverential gaskets blown. The title refers to anxiety prompted by magnificent art and the Adelphi patrons do seem to be seriously agitated about something as they go suitably batshit. 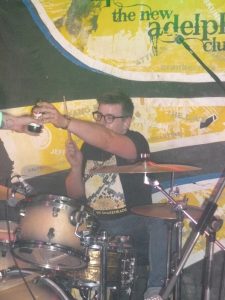 Now I didn’t know they had a thing about celebrity pastry chefs until I discovered who Rachel Khoo was. The “star” of middle class food porn’s greatest claim to fame is now her eponymous Idles song. Unfortunately the faint echo of East Bay Ray guitar and triumphantly catchy chorus of “Cheap drugs and expensive wine” isn’t to be heard tonight. If this is down to stand in guitarist Damien it’s the only blot in a copy book which was baptised with beer on what was either his birthday or maybe just felt like it. The enthusiasm in which he launches into the crowd and songs like the small town diatribe of Exeter or the one for all us students past and present that is White Privilege heart-warming to see.

Well Done is an anthem for not joining in which marries a sledgehammer Brit Pop rhythm to a list of things we should do if we don’t want to look odd. Top of the list “Why don’t you like football?” for questioning the ubiquitous of the all-consuming cash cow. Unfortunately I do like the soccer but tonight cost £7 for a far more raucous time than you will ever get at a Premiership football ground. This made it good to hear Talbot celebrate the on tour legend that is the Adelphi sweat box. The song itself is as satisfying as watching a Daily Mail reader make a Millwall brick and beat themselves to a pulp. 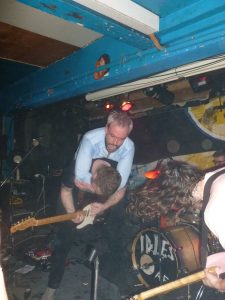 A highlight in a set of them and a song the Guardian described as “furious” is the face melting Mother. While the visceral impact of Talbot roaring “Mother fucker” while a Big Black style assault detonates all around initially impacts it is perhaps the songs breakdown which really lingers. The relatively gentle intonation of “Men are scared women will laugh in their face, whereas women are scared it’s their lives men will take” an example of the critique of masculinity that is a recurring theme.

Pissed Jeans have just nailed mankind with The Bar Is Low and Idles dig just as deep to expose their disappointment with themselves and humanity. With alpha male insecurity gone global and people not even pretending to care about anything but themselves and their spawn we probably deserve a whole lot more of this. When Idles have appropriated a handy little postscript to their album it would be foolish to look a gift horse in the mouth. So as we leave a venue which helps to sustain the real music scene Don’t Go Gentle.

All words by Steve John.