Home Blogs Ideal’s Graham Duff reveals the agony and the ecstasy behind his ace... 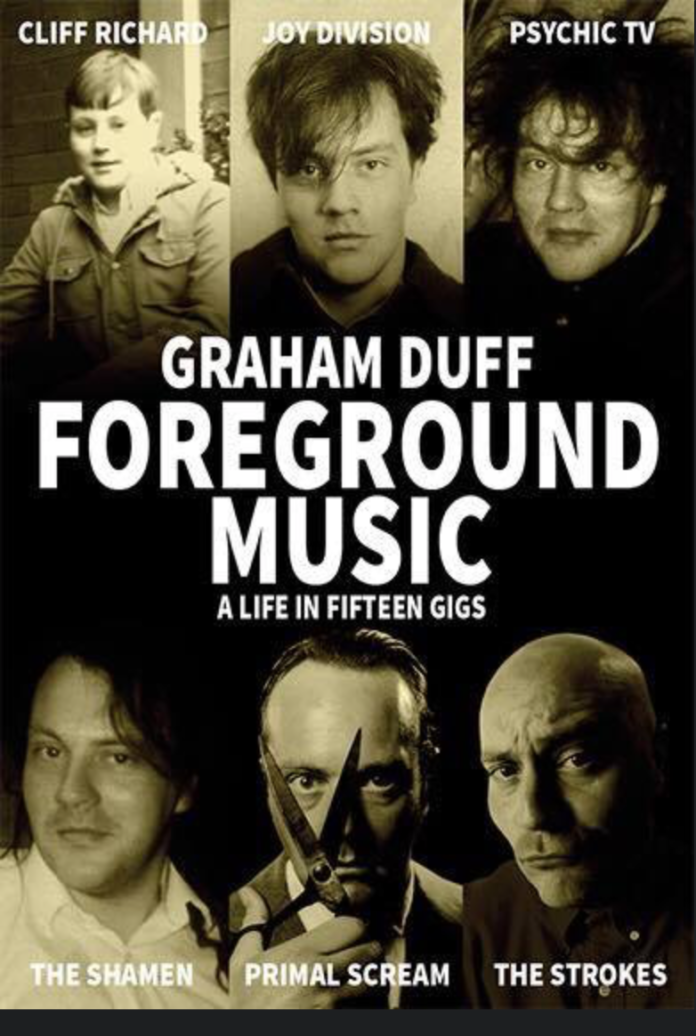 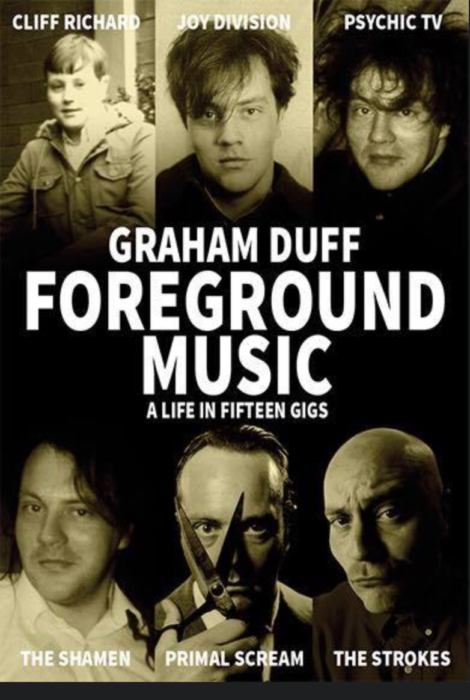 From a chat initiated before the encores by Carter Tutti [https://louderthanwar.com/carter-tutti-band-wall-manchester-live-review/] at Band on the Wall in July, to my getting worried at one point that he would set Cartoon Head from Ideal on me, it was a singular pleasure discussing this great notion, great title and fine finished product with its creator. Not that I’m out of the woods yet…

Flying visits from the south coast are a feature of Duff’s gig-attending career. This gig, a kind of MIF fringe spectacular put on by Subliminal Impulse, was merely the latest one, and happened to feature two thriving former members of Throbbing Gristle, gig number 13 in Duff’s new book, and friends of his into the bargain.

Although drugs are integral to Ideal’s high concept, this interview eschews the subject, much as a previous interview for Chimp magazine had focused on things musical as opposed to sensational.

There is no doubt, however, that the sensational music Graham has discovered for himself, and spent most of his life spreading the word about, takes vivid form as he singles out the following, almost all in their pomp: Cliff Richard, The Jam, 2-Tone at the Golden Palms 1979, Joy Division, Psychic TV, The Shamen, Primal Scream, The Velvet Underground, Sleater-Kinney, The Strokes, The Fall, David Bowie, Throbbing Gristle, Massive Attack Vs Adam Curtis and Wire.

“So much writing about music is about recorded work,” he told me, “and this is not just about how exciting music can be when you’re growing up but how it can also introduce you to so many new ways of thinking.

“Writing it was actually therapeutic. I picked certain gigs to do with my dad dying, for example, and I tried to be as honest as I could. I hope it found its own balance, having taken me two years!”

There is nothing to deter the reader in the grief that forms one of the book’s themes; anything but. The loss of Bowie looms large, too.

“There was stuff to say. It was also a chance to talk about people I’ve drifted apart from. A novel never appealed to me, and while I find I’m keen to talk about my work, I’m quite shy in lots of ways.

“I’ve ended up doing more and more music writing over the years and something I like trying to define is what it is that connects us so directly to it. In many ways music is the most abstract of the arts, and I find it thrilling trying to pin it down.”

Replete with evocations of mosh pits, the “Max Factor menace” of Bauhaus and the “insistent Dada boogie of Cabaret Voltaire” the book is accessible while referencing the distinct, including bands far more obscure. I asked if this was deliberately so?

“Yes, I wanted to include and suggest so many people and there were those who were surprised I left out Ludus, for example, but again it’s a question of balance. I added a discography, too but they really could all have been teenager gigs as opposed to one big sweep. In the end I decided that you keep looking for that buzz, it can keep you going to see bands and that I’m not at all unique in doing that.”

Having only seen an unproofed review copy without those recommended tracks, on the subject of omissions, without remotely carping, someone familiar with Duff’s radio output, if not his TV work, might have anticipated Magazine, Sonic Youth, Julian Cope…

“Sonic Youth did nearly make it, and one Zap Club gig, in particular, was a contender, but I’ve never seen Julian Cope live, so that’s that!”

Staying on the process, how was it breaking out into this form, and is there more to come?

“As a scriptwriter, I can get meetings but I’ve got no comparable cachet as an author, and a lot of big publishers simply never got back to my agent.

“Mark Pilkington came in as a result of Stephen [Thrower], a friend who was in Coil, suggesting Strange Attractor Press.

“This felt very different, but I really enjoyed it, and although it felt indulgent starting one before I had a deal, the sequel, A life in 15 films, is on its way!”

The device of gatecrashing some dressing room or other on the pretext of some mystery publication, in Graham’s case the one-off fanzine Hex, was just one chord he struck with this reader, but you do not have to have witnessed any of the artists Graham writes about to plug into the narrative, that’s not the point.

“Joy Division [for which Hex gained Graham a ringside seat at the legendary Bury gig] was the start for a lot of people from my generation, but not everyone, and I have kept going to gigs while my life has kept evolving. it’s the same for lots of people.

“I wanted to include anomalous experiences and personal things that were all part of it.”

And it works. Our previous conversations had been dominated by Lou Reed, partly because I suspect we would never have stopped nattering had we targetted another friend of his, Mark E Smith, and partly because we both endured the vaunted Velvets queering our Glastonbury pitch in 1993.

In my case distracted by the company of Howard Jr and the late Lee of the sadly doomed Dr Phibes and the House of Wax Equations, and in his case largely ruined by the wilfulness of Reed: “The Glastonbury set was just shoddy and I know their performance in Paris on that tour was far better.

“It just left me with the suspicion of them resting on laurels. For them to completely reinterpret tunes that were so loved seemed just as odd a gesture than as it does now,” he chides.

Having kicked off with a visit to Graham’s native Blackburn from Cliff Richard [see https://youtu.be/KAOwf78KKmY], who was at that time fronting a prime-time BBC TV series, there are entertaining contradictions in Graham’s eventual aversion to ‘showbiz’.

“I came to see showbiz as poxy, something to be escaped, and punk somehow showed authenticity by contrast. Even now, if someone’s dance moves are too polished it puts me off, or makes me suspicious.

“Look at the difference between the Beatles in matching suits at Shea Stadium in the USA, compared to how keen they later became to be freaks!”

This book comes highly recommended for all sorts of reasons, but mainly for the freaks.

Foreground Music: A Life in 15 Gigs (73-14), by Graham Duff, is published in November, 2019 by Strange Attractor Press. An audio version, narrated by Graham, is also available

You can see and hear Graham in conversation at the Louder Than Words literary festival on November 9 at 2.15pm at The Principal on Oxford Street, Manchester M60 7HA

The day before (November 8, at 8pm) he is in conversation at IKLECTIK in south London with Adam Curtis https://www.tickettailor.com/checkout/view-event/id/308307/chk/71dd