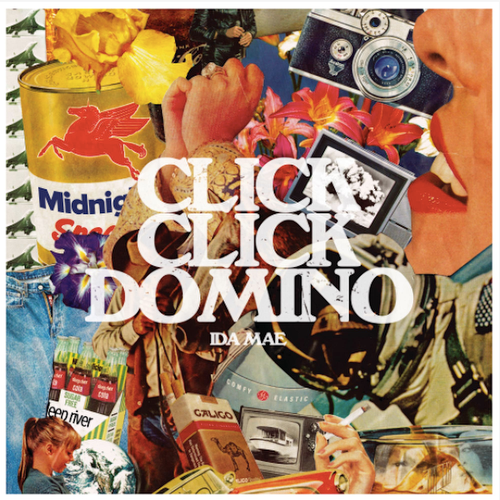 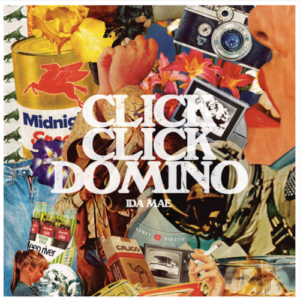 Nashville-based Brits, Ida Mae, have laid down a double-six on their second album, Click Click Domino. It’s the most authentic slice of Americana you will bask in this year. Gordon Rutherford tells the story of the blues (and country, folk and rock ‘n’ soul) for Louder Than War.

Guitar-oriented bands don’t really capture my imagination so much these days. Everything seems to sound the same, as though artists are all downloading the same set of instructions. Listening to certain DJs on certain radio stations, I find it impossible to distinguish one band from another. But here’s something fresh sounding. Ida Mae’s new album, Click Click Domino, is not original; leaning heavily on the absolute roots of American country/blues/rock ‘n’ roll, it’s anything but. However, it’s as far from formulaic as you could get when hitching your wagon to this particular genre.

Take their story, for example. They arrive with a sound that’s as authentic, and as beautiful, as Mississippi magnolias. And, yet, they are as native to the States as polar bears are to Croydon. Ida Mae (named after the Sonny Terry and Brownie McGhee song) are married couple Chris Turpin and Stephanie Jean. Bonding at Bath University over a shared love for the music of Robert Johnson, Charley Patton, Ella Fitzgerald and Billie Holiday, they relocated to Nashville and, in 2019, released their debut album Chasing Lights. Such a leap takes a lot of courage and a serious amount of commitment. From the moment they touched down, they were gigging; relentlessly honing their sound, perfecting their craft, night after night. In fact, upon the release of their debut album they played a launch gig at Omeara in London before taking a flight to Kentucky to play their second show of the day at Louisville Opera House. That’s dedication. That’s a burning desire to be the best.

Listening to their second album, Click Click Domino, it’s evident that their endeavour and dedication is paying off. Here we have a band whose latest batch of songs were written primarily from the back seat of their car. That’s taking the term ‘road band’ to a whole new level. Like a latter-day Kerouac, they have composed an engrossing series of vignettes, reflecting back what they have witnessed through the rear window as they criss-crossed the great southern states of America. That feel is hammered home from the very first track on the album, the foreshadowing, expansive pure Americana of Road To Avalon. It paints pictures in the mind’s eye of vast, never-ending skies and scorched deserts, with a gut string banjo ukulele reinforcing the authenticity.

There is a fascinating tale to be told about the instruments utilised by Ida Mae in crafting their sound. Like a pair of jackdaws, Turpin and Jean have an eye for shiny trinkets and they seem to like nothing more than swooping down on them before carrying them off to their hoard. In recent times, they have collected an incredibly impressive array of vintage musical instruments, all of which are deployed to great effect on Click Click Domino. There’s the aforementioned gut string banjo ukulele, a parlour guitar that’s more than one hundred years old, a 1920’s mandolinetto and a Native American buffalo hide drum. Not all the instruments they lean on are quite so antique; there’s an early drum machine from Japan, a couple of very early analogue synthesisers and a mellotron. There’s even a Carnation Condensed Milk can in there somewhere.

All of this, this obsession over the sound created by a specific instrument, their dedication to steeping themselves into the culture of Americana, is incredibly admirable. Fortunately, the songs are of an equally high standard. This is an incredibly enjoyable collection that will restore your faith in the purest form of rock ‘n’ roll music. In many ways, it reminds one of Robert Plant and Alison Krauss’s fantastic Mercury-nominated album, Raising Sand. Perhaps that is no surprise when you learn that Ida Mae have opened for Krauss. That influence appears to have seeped through to Jean’s poignantly aching voice, which is so reminiscent of Krauss. Another headliner they have supported, from whom they cannot fail to have learned, is Willie Nelson, and you can detect some of that wonderful crafting of song structure and chord movement on Click Click Domino.

The quality of songwriting really shines through on the outstanding Little Liars. This is four minutes of smouldering intensity, providing the most incredible showcase for Jean’s voice. The old and the new(ish) elegantly waltz with each other in the shape of that beautifully harmonic mandolinetto and the most basic of drum machines, the likes of which were employed by hotel lounge pianists in the nineteen-seventies. It’s simple, but that’s perfect because it allows Jean’s vocal to be the focal point, just as it should be on this particular tune. That simplicity is also evident on the outstanding ballad, Heartworn Traders. We are treated here to not one, but two, incredible voices as Turpin and Jean harmonise magnificently. Jess Diggins and Nick Pini’s subtle string arrangement brings wonderfully understated drama while exquisite piano lines come from Jean. Those harmonies and string arrangements make a welcome return in Raining For You, in which Turpin’s twelve-string resonator fills the room gloriously.

Click Click Domino isn’t wanting for quality. The pièce de résistance, however, comes in the shape of the astonishing title track. Click Click Domino (the song) has a Zeppelin-esque intro and would sit comfortably on any White Stripes album. It is incredibly rootsy blues and the call-and-response guitar lines at the outro between Turpin and guest Marcus King are something to behold. They do utilise guest performances extremely cleverly, these guys. As well as King, there are appearances from Greta Van Fleet’s Jake Kiszka who brings blistering guitar to Long Gone And Heartworn and Ethan Johns, producer of Ray LaMontagne, Laura Marling and Kings Of Leon, who drums with a tight precision throughout. It is testament to how highly the duo is thought of to have attracted such esteemed collaborators.

If I have one criticism of Click Click Domino (the album) it is that it is three songs too long. It does tend to flag a little as it winds its way through Americana. Earlier, I referred to Kerouac. It’s now time to quote another American literary giant, William Faulkner. The great man once spoke about the need to (and the difficulty of) “killing your darlings”. All artists know how tough that is, but it’s often necessary to elevate the good to the truly great. Click Click Domino is a very good album. Had it been three songs shorter, it would’ve been great.

Ida Mae are clearly a duo who take this stuff seriously. They have invested themselves fully in their project, relocating to Nashville and spending night after night (when it was possible) gigging to perfect their sound. Hard work generally pays off and it certainly has for Ida Mae. They fuse Americana, blues, country, folk, rock and soul in an incredibly impressive way, so much so that you would assume them to be Tennessee born and bred. They have certainly restored my faith in guitar-oriented music. Now, where did I leave that Gretsch?